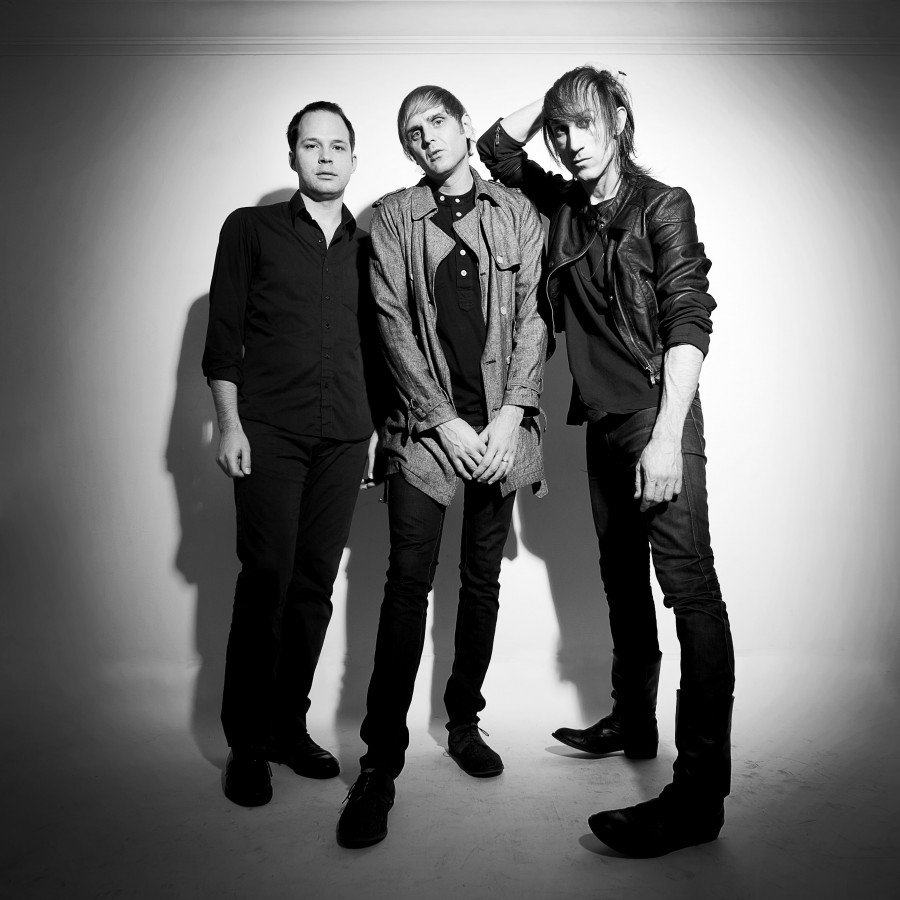 L.A.’s Moving Units are back on the scene with their recently released EP, Tension War. Valuing such strong relationships, Moving Units chose to self-release the new EP in conjunction with their management firm, Post Modern Entertainment, which provided them the freedom and flexibility to do their own thing—with no restrictions from any labels. The result is nothing but pure listening pleasure! We’re pumped that they’ll be playing at Coachella and are crossing our fingers they’ll add more dates soon!

We caught up with singer/guitarist, Blake Miller to talk about the new EP and Moving Units’ place in the current music scene.

Hailed as pioneering L.A.’s post-punk, indie-dance music, do you guys feel the pressure to live up to the new standards of music and its fans, or do you guys not really care?

We never considered ourselves pioneers when we began, but history creates this kind of perspective so it seems. My standards for the group have always been high. We don’t mess about. When we make music together it’s all or nothing. Do or die. I think the fans appreciate this about us.

How’s music changed since first getting into the scene? Can you describe what it was like to now?

We started recording and playing shows before social networks and the blogoshpere turned music fans into crack babies. We released vinyl. We hand-painted record sleeves. We made our own buttons and t-shirts. It was something tangible. I don’t have to tell you what it’s like now…just look around you. 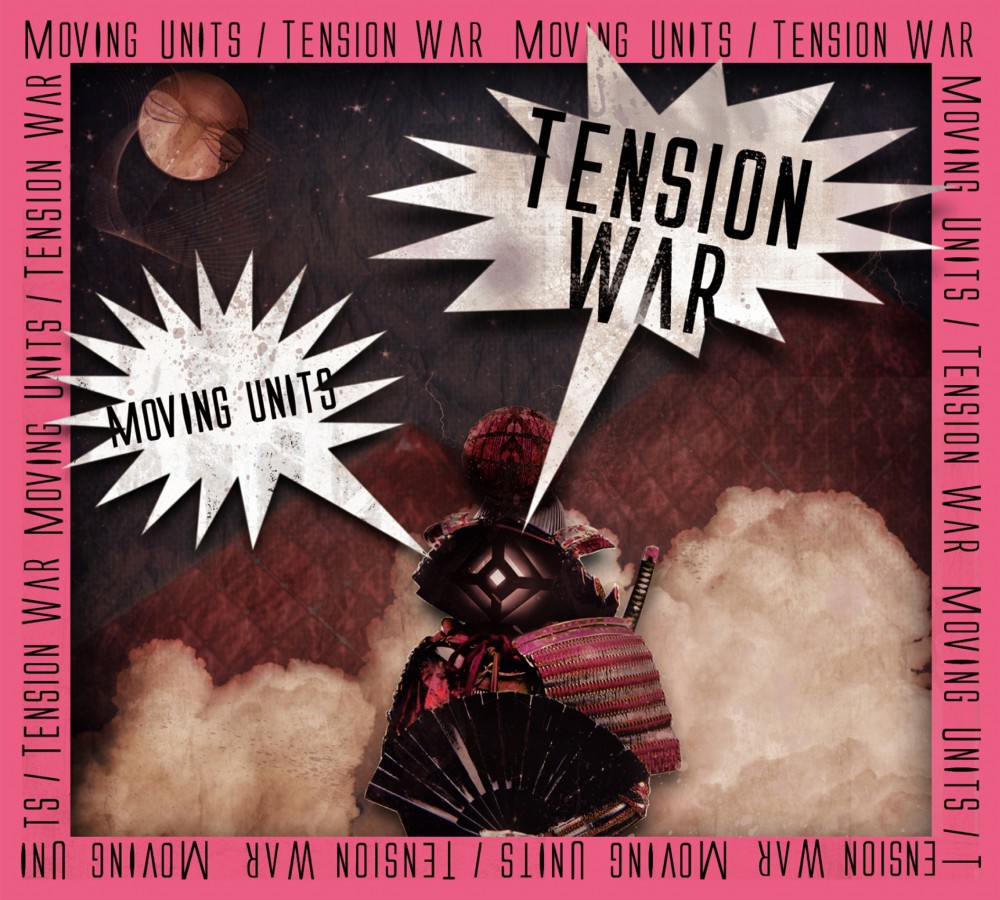 What went into making Tension War?

Imagine reading your mother’s diary about her relationship to your father. It’s beautiful and terrifying at the same time. We share it all. Being a band for 10 years is like a tour of duty in an emotional Vietnam.

What’s the meaning behind the title?

We were rehearsing and I suggested the title “Attention Whore.” Chris thought I said “Tension War.” And so it was.

How would you describe the sound of the album, and has it changed for the group over the years?

We began to experiment with more densely layered rhythms and melodies. The drums and bass are still raw and up front. But now there are tons of background vocals and synths bubbling up around the rock instruments. The lyrical ideas are less vague. I’m pursuing a more existential and provocative approach.

What’s are some of the most favorite tracks on the album for you guys and why?

I’m most satisfied with the results we achieved on “Liquid X.” It’s dark and menacing, but completely euphoric at the same time. It’s the grown-up crack baby dropping ecstasy for the first time realizing: Life can be amazing and difficult and it’s OK.

How has L.A.’s music scene inspired the album?

What music scene? JK. We appreciate a lot of innovative artistry in this city but there really isn’t a cohesive “scene” the way people might imagine it to be. The whole city is a “scene.” And the whole city inspires and appalls me in equal measures

Why will fans enjoy it in your opinion?

I have no idea. But our fans are amazingly loyal and forgiving. It is for this reason I continue my quest to entertain them.

Why the significance of releasing it on Valentine’s Day?

We’re a perverse band. What could be more perverse than commercially capitalizing on a holiday associated with love and romance.

It’s been about four years since the group’s last release. What took so long for another one to come release?

We’re a pretty dysfunctional group of dudes. Buuut, I’m hoping we’ve figured out a way to finally get our shit together. 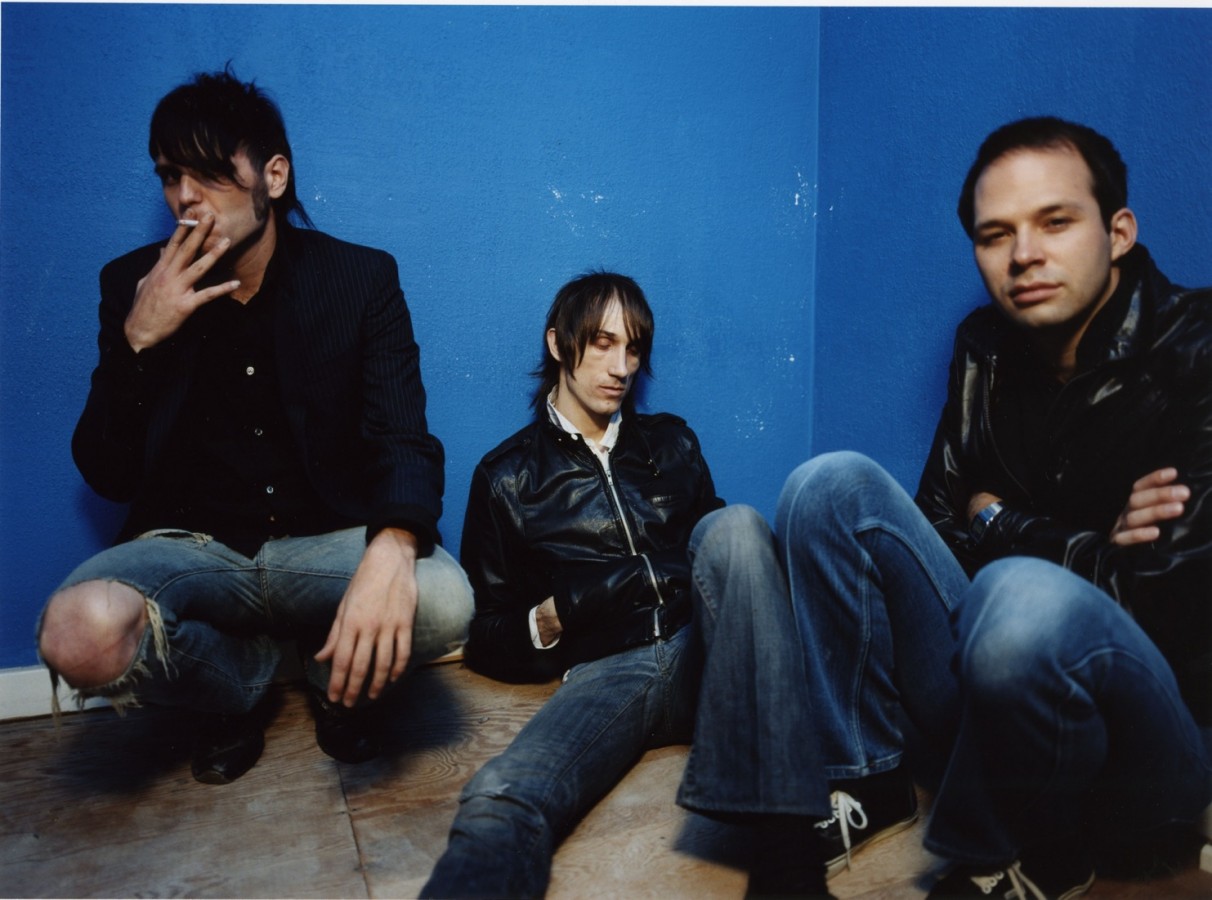 What were you guys doing since then?

Although you’re just barely releasing your latest album, are you guys already planning the next one or do you plan on waiting a couple of years?

I’m always planning these things. I’ve got about 17 albums in my head at any given moment. I hope to begin new productions very soon.

What groups out there are you guys currently digging, musically, that’s similar to your sound? Or even those you just like at the moment?

I don’t listen to tons of new music, but I do listen. To name a few: Salem, Grum, Caribou…

You guys are set to play at Coachella this year. Are there other bands/acts, you guys are looking forward to seeing?

I usually let the desert spirits guide me. Depends how chemically altered or sober I am at that particular juncture.

What else does 2011 have in store for the group?

Great question. I anticipate tons of Grammy and VMA awards, of course. Maybe another Nobel prize. I’m down for whatever’s clever…it’s an adventure either way.