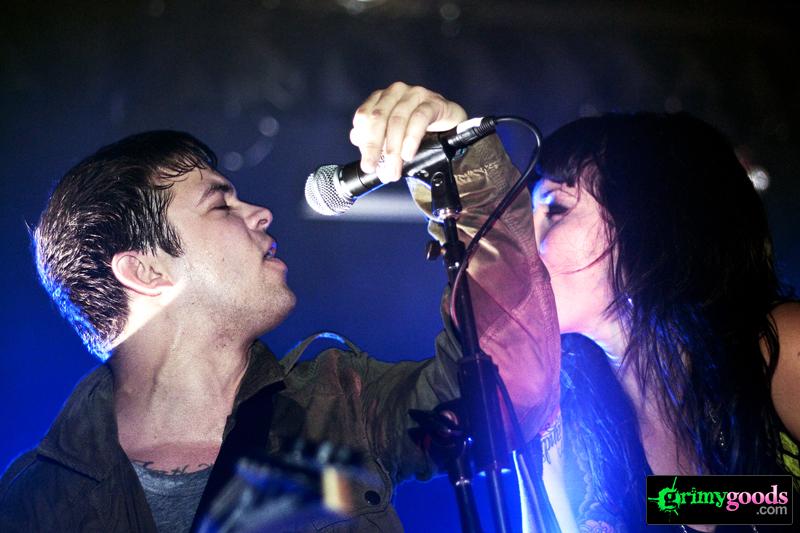 When you come out of the gate with a wallop of an album like Treats, the expectations for a sophomore release are staggering. If you look at the gambit of publications, the number of shows, if you succumb to the in-your-face hype that this what is important and popular (which let’s be real, most of us do), then Sleigh Bells had a nearly impossible task with Reign of Terror to create something simultaneously true to their sound, and totally fresh. Add to the equation some serious fan demand and life-altering family trauma, and it all add up to what could be a choking moment for any band. Yet, while Reign of Terror may not be the brash eye-opening stunner that Treats was, that Brooklyn-duo proved that they certainly won’t back down from a challenge.

In an indie scene dominated by chillwave, hushed vocals and strumming guitars mashed with electro beats, Sleigh Bells emerges as an angry, loud, cheerleader-chanting mix of 80s-pop-meets-metal. They are a band with an 11 factor. It’s loud music you want to listen to, loud. They have attitude (swagger, if you will) that is different. They rock sports jerseys on stage, their songs lack a chorus, the songs are dense—yet, at the same time, impossibly catchy. It all works when it shouldn’t.

On Reign of Terror, you get the feeling they are slowly expanding their sound. The problem that emerges is the expansion at this point is expected. While they keep the loud bomb factor, those signature big ass beats and Alexis Krauss’ breathy vocals—it’s all muddle into one note. The freshness of Treats was it’s from out-of-nowhere originality. For Reign of Terror, it’s all kinda predictable. The song, “End of the Line” scratches Treats itch, but the rest of the album leaves you wanting more. Especially true with opener, “True Shred Guitar.” The track opens with the sounds of a stadium audience going crazy, and Krauss as the hype-man shouting, “What the f*ck’s up?” They bring the fire and you are ready, but the zing just isn’t there. Granted, Sleigh Bells is a bit like cold pizza and sex, even when it’s not the best—it’s still pretty good.

Can’t totally fault the band for having a decidedly lower cheer factor on Reign of Terror. With track titles like “Road to Hell” and “Leader of the Pack,” guitar shredder—Derek Miller, is referencing a tragic motorcycle accident involving his father. The lyrical focus is on dealing with the aftermath and coping. While Krauss still uses her mix of wispy vocals and rah-rah chants, there is understandably less joy behind them.

There is enough expansion of their sound on Reign of Terror that it encourages excitement for Sleigh Bells’ next venture. But, perhaps if we listen to the words of bell-jar-toting author, Sylvia Plath, “If you expect nothing from anybody, you’re never disappointed;” the next album will be a major success instead of a mediocre one. 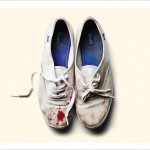 Sleigh Bells play Coachella(s) this April and the Fox Theater in Pomona on April 4. You can get your tickets to their Fox show, here!