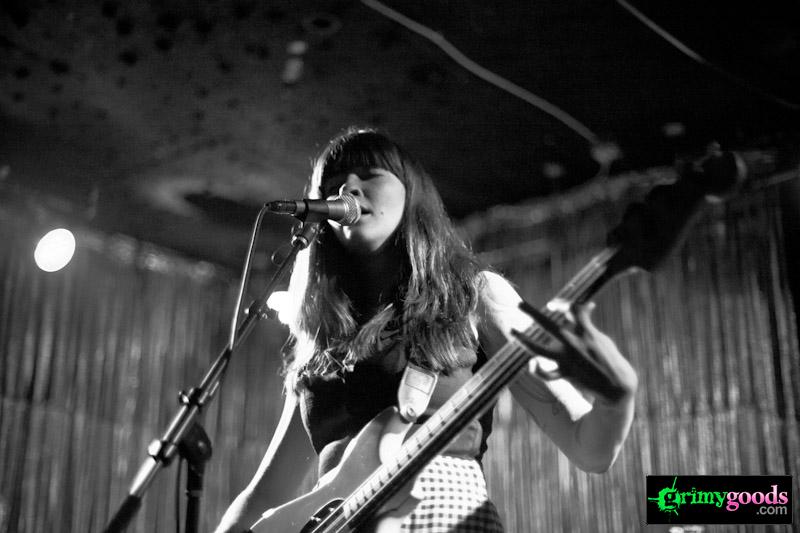 Perhaps best known for her work as “Kickball Katy” in Vivian Girls, bassist Katy Goodman has established herself as somewhat of a pop music wunderkind with her latest record, Sees the Light. La Sera is her new side effort and is the first project that really highlights her songwriting abilities. Stripped of much of the astral vocal layers that informed her self-titled debut, this sophomore effort feels more like 70s era Fleetwood Mac than wall-of-sound Spector.

While at times the album does risk treading the familiar territories of Best Coast’s sun-bleached garage pop, Goodman distances herself from genre classification by balancing the tempo of the album and writing with an undeniable honesty. “Break My Heart” evokes the pizza punk ethos of early Ramones, while “It’s Over Now” is a slow brooding ballad. “Please Be My Third Eye” is a foot-stomping, distortion-laden garage tune that is radio friendly without being annoying. “Real Boy” conjures early Beach Boys summer fun.  There really is a little of everything, and in a weird way the record seems more an ode to the evolution of rock and roll than heartbreak.

Now there’s no denying that Sees the Light is a breakup album, and at first glance the track listing can seem pretty cringe worthy.  However, Goodman is so straightforward and genuine with her emotions (even claiming fault) that the record never feels heavy-handed in its execution. Her voice is so pure that the album really benefits from scaling back the reverb in favor of displaying her vocal talent.

Sees the Light is the soundtrack of vintage Americana; open roads without seatbelts, popcorn and milkshakes. These are songs written with reverence for the past but the honesty of the present. Clocking in at a brisk 30 minutes, it is a testament to Goodman’s songwriting abilities that the album feels much longer.  While there are a couple missteps that are if anything just a little on the boring side, eighty percent is rock simplicity at its finest and well worth a few whirls on the ole turntable (which is of course, the only way this record should be enjoyed). Pick it up on Hardly Art, play with it, love it, cry with it, or just sit and listen.