Alexander Spit acted as the flame that lit Glassjaw‘s dynamite performance as they both blew the Echoplex apart last night. Spit, with his hypnotic beats and clever rhymes, entertained the audience before Glassjaw went on. In the time of Spit’s set and the waiting time before Glassjaw went on people had time move around freely and enjoy themselves and their drinks. As I type this, my body is sore and my shirt is still drenched in cold sweat. Bodies thrashed and moshed with one another. Since I was in the front of the stage (more like jammed against), I was uncertain of when a person would come crashing down onto the stage. More than a handful of times those bodies would miss the stage entirely, and come crashing down on me.

Glassjaw’s fans were not disappointed as they played loud and fast. Their fans were almost as intense as the band, if not more so. I’m used to seeing avid fans dive off the stage back into the crowd, I survived seeing bands such as Fidlar, Trash Talk, and Ty Segall. Nothing, however, prepared me for tonight when a large fan, imagine a football linebacker, came hurtling down onto the stage and lunge back into the cheering crowd. Let me just say, it was fucking terrifying. I was afraid this guy, who eventually got kicked out of the venue, would come crashing down, and breaking my camera and myself. Glassjaw performed one of most intense, sweat-filled shows, I have been to in awhile. Despite being sore, I thank them for that.

Be sure to check out the photos of Glassjaw and Alexander Spit below!

For more photos of Glassjaw and Alexander Spit, click through the photo gallery below! 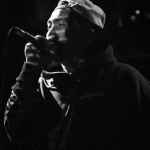 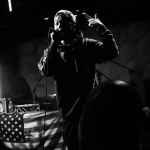 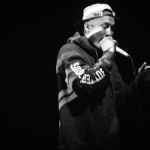 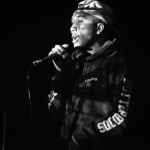 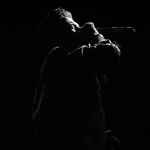 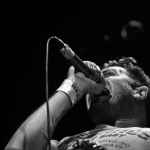 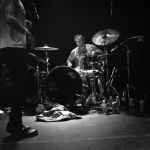 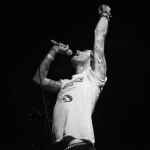 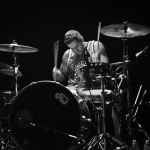 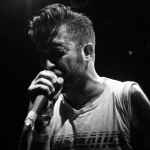 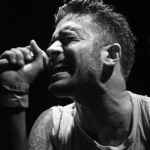 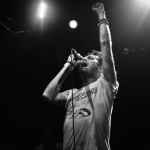 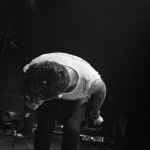 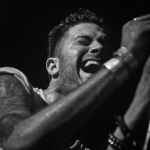 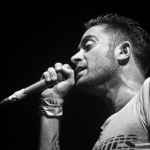 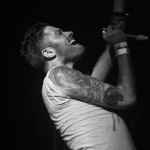 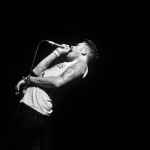