Whether you were at the Roxy last Thursday or not, to witness all the shredding and party shenanigans — Grimy Goods wrangled up some of our favorite East Side bands to host a wild rock ‘n’ roll show at the Roxy. The Dead Ships, Death Hymn Number 9 and Death Valley Girls all put on deadly damned good performanced that rocked and shocked the crowds. We saw some circle pits and dancing throughout the smiling and sweaty crowd, which included some very familiar concert-goers and members of OFF! and Bleached.

Putting on quite the dance party in between sets, the lovely adult film star, April O’Neil played some of her favorite tunes such as Sleigh Bells, Diplo, and I believe there was even a nerdy Dr. Who theme song up in the mix! Aside from the rad live talent, we also had the front of the Roxy lined up with some beautiful badass motorcycles both vintage and new (photo) from ARMY&CO’s “ride to the Roxy.”

It was wild night to say the least. If you weren’t there, check out our photo gallery below and be sure to stay tuned for our next Grimy Goods Presents show — we’ll be taking it back to the East Side. <3

For more photos of the Dead Ships, Death Hymn Number 9 and Death Valley Girls — click through the photo gallery below! 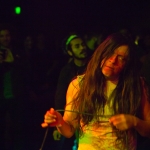 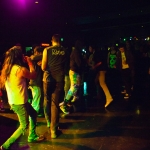 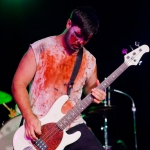 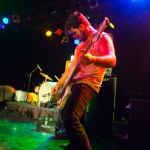 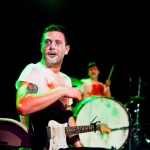 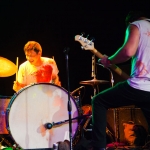 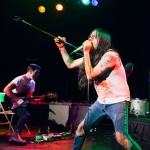 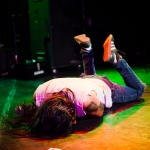 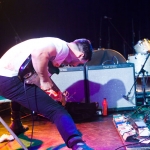 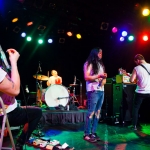 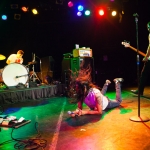 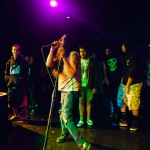 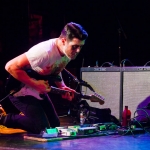 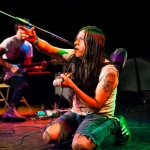 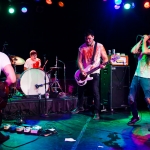 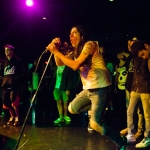 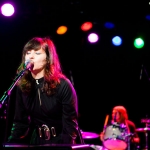 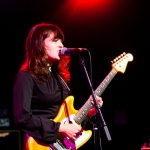 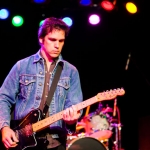 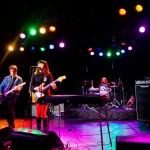 5 thoughts on “Photos: The Dead Ships with Death Hymn Number 9 and Death Valley Girls at the Roxy”