Such as it goes in any major city where everyone is trying to get noticed and make some sort of statement, Los Angeles is a goldmine for some of the worst fashion trends and gimmicks. In fact, it’s probably the spawn of all these fatal fashion faux pas. A couple months ago we asked our Twitter and Facebook fans what they thought were the worst fashion trends. You responded, we listened. Check out below “the 6 worst fashion trends & gimmicks in Los Angeles.” Are you or a friend guilty? Tweet us a pic and we’ll RT you! Or just let us know your thoughts in a comment below.

INVERTED CROSSES – We get it. You’re dark, you think you’re a witch, you’re “goth,” and you’re so badass and original — and you wear shirts, leggings and earing with inverted crosses printed on them. When major corporate retail stores such as Forever 21 and Target are selling clothing with inverted crosses on them, you can throw that cool-card out the window. Remember when Actual Pain came out with those Sixth Seal leggings? Errrrrry semi-alt or goth girl had to jump on that fashion gimmick wagon. 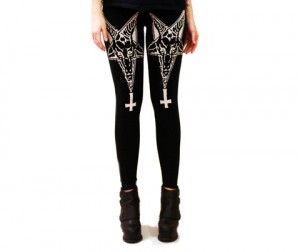 SKULLS – Unless you’re in jr. high and going through your awkward-angst-finding-yourself years, skull-printed anything is not cool. This shit has been so played-out for years and massive retailers still continue to cut and print that crap out as though it were a hot fashion item (it probably is in the Mid West). Worse yet, are those aspiring “fashion designers” that create their primary fashion lines with skull-printed leggings, skirts and shirts. So damn easy, so damn unoriginal. Put it this way, if Ed Hardy is doing it, it can’t be cool. ANIMAL TAIL KEYCHAINS — What yahoo started this shit? If you ever venture into the douchey areas of West Hollywood, you’ve probably seen a bunch of transplants sporting this god-awful trend. Animal tail keychains as a fashion accessory come in fox, raccoon and even coyote tail. STOP. IT. You’re a turd. 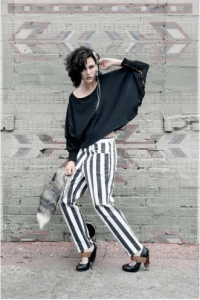 PILGRIM HAT (AKA HIPSTER HAT) – Living in East Hollywood, in the areas of Echo Park, Silver Lake and Los Feliz — you see just about every girl wearing a pilgrim hat (aka hipster hat). And it’s super funny when you attend a psych show and there are about four chicks wearing the same pilgrim hat. Sadly, I have friends that wear these hats, but I still love them … I will give the chick in our photo below some credit though, she was wearing the pilgrim hat in 2009 before it got overly saturated as a fashion trend. 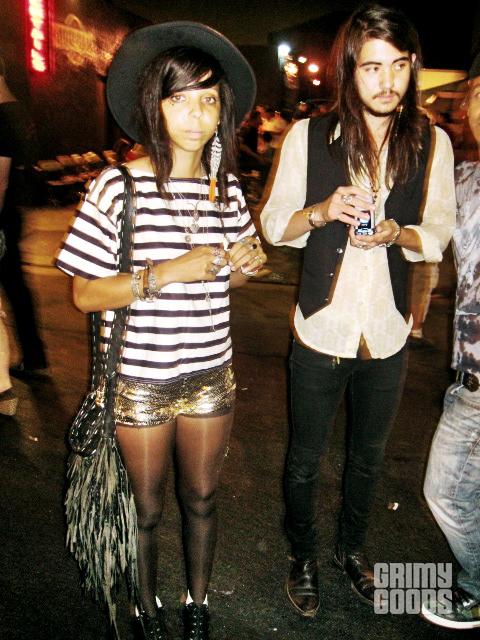 HAREM PANTS (AKA GENIE PANTS) – Why??? I just don’t get this ugly fashion trend. This is the type of fashion gimmick you will look back on one day and say to yourself, “what the fuck was I thinking?” Not to mention, it looks like you took a big dookie or are wearing a soiled heavy adult diaper in between those harem pants; unnecessary long crotch. You mind as well wear Zubaz. Nathan of Wavves is sporting them …

SPIKED SHOES – Every time I look at these horrid shoes made popular by the very fashion gimmicky UNIF, I immediately think of Hell Raiser. It’s no surprise that these shoes are called, “Hellraiser flats.” I bet all the high school scene kids are eating these shoes up, and that’s fine, but I can’t take any adult seriously that wears these silly shoes. What’s even worse is that these spiked flats go for almost two bills, and JUSTIN BIEBER SPORTS THEM! (p.s. the Bieber is a multiple offender, he’s wearing HAREM PANTS too!) 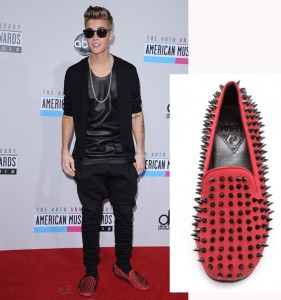