We headed to The Echo for a weekday night of music seeking the mellow yet intricate and found it. New York based producer and singer Roberto Carlos Lange aka Helado Negro was an inspiring surprise. His voice combined with live handling of synths and machines had the packed house swaying and tripping with the smooth shift of his ambient electronic beats singing in both English and Spanish. Assembling high peaks with his undulating voice, Lange was certainly a highlight of the night evoking inexistent nostalgic memories with songs from his latest album Double Youth which was also released in cassette. Extra trippy good stuff: his tinsel dancers.

We made it early enough to reach a bit of Crown Plaza and their airport electronic pop flavor, swift enough to warm up the crowd for the rest of the night. At the time that Sinkane came out to close out the night with their afro-jazz, blends of hip hop and brass — the crowd was already high on musical vibes that made for a quality night of music from three excellent performances. 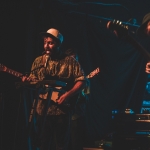 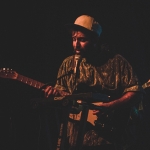 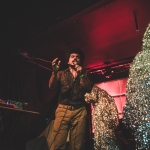 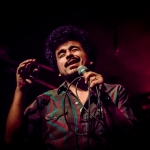 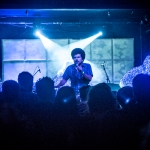 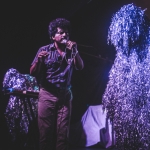 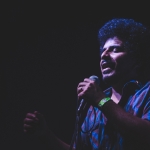 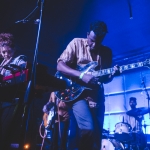 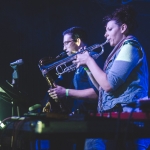 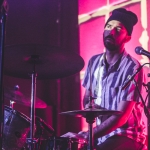 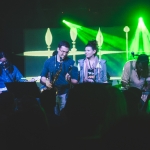 PHOTOS: Crown Plaza with Kera and the Lesbians, Sanotors, and Mr. Elevator and the Brain Hotel at The Echo