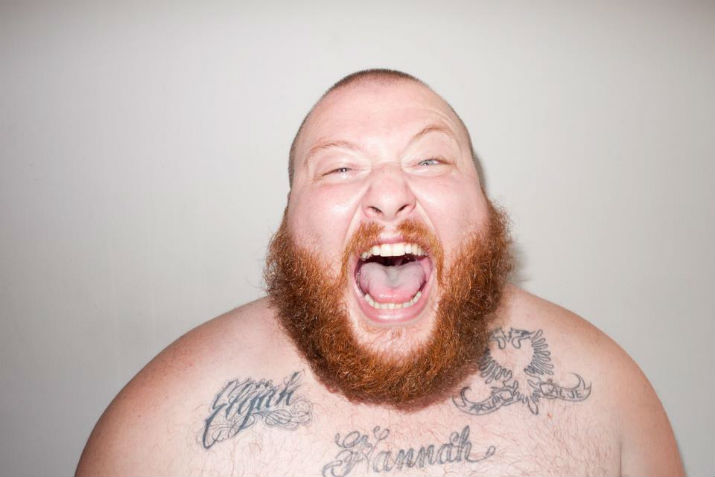 Hailing from Queens, NY, the talented Action Bronson is a jack of all trades – rapper, comedian, food show host. Action Bronson flexes some serious lyrical muscle when it comes to hip-hop and displays evident skills on tracks like “Terry” and “Easy Rider” off his new album Mr. Wonderful (VICE/Atlantic), which just dropped last month. We caught him blowing up the stage at SXSW this year and we are beyond excited to see him slay it again this month. Catch him live at the Belasco Theater on Wednesday, April 15th, between his scheduled Coachella performances!

Tickets to Action Bronson at the Belasco Theater  are priced at $27.50, doors open at 8:00 PM and the show is all ages. You can purchase tickets or try winning a pair with us below!

First make sure you’re following Grimy Goods on Twitter here and/or “like” our Facebook page here. Next, email ggcontests@gmail.com with your full name for guest list and a clever reason why you want a pair of tickets to Action Bronson at the Fox Theater. When you’re done with your email, send us a Tweet so we know you entered the contest or you can post on our Facebook wall. We’ll select a winner that has done all of the above mentioned. Winners will be announced via email, Facebook and Twitter on Tuesday, April 14th.  Winners will have until 10 am Wednesday, April 15th to reply back to our email and confirm their win.

TWEET: Yo, @GrimyGoods! I wanna win tix to @ActionBronson on April 15 at The Belasco DTLA! http://ow.ly/LrQPj

FACEBOOK: Just leave a comment on our wall letting us know you entered our contest for tickets to Action Bronson at the Belasco Theater on April 15th!