Last October, Damien Rice delivered one of the two or three best performances I was lucky to see in 2014 performing in a church in front of a few hundred people. Needless to say, the bar was high when I got the opportunity to see Rice and Marketa Irglova perform at the magical Greek Theatre on Friday night.

Somehow, Rice exceeded those expectations. Performing a handful of songs from his 2014 masterpiece My Favourite Faded Fantasy as well as old favorites, Rice kept the mood light in between delivering his usual gut-wrenching songs, regularly busting up the crowd into laughter.

Rice’s performance took on the feeling of the largest coffee shop performance I’ve ever been to. Rice bared his soul to the crowd, using humor to get across some of his profound feelings on how he’s messed things up along the way, of how it has been difficult achieving all he has while still feeling like something is missing.

Rice has proven he can carry some of his best tunes from his first two albums without the assistance of a female vocalist. For “Volcano,” Rice utilized the three parts of the crowd to help with the chorus. It came off quite well, even with a lady sounding like a dying cat behind me.

“Take my shirt off?” Rice said after one of numerous female fans shouted their adulation at him. “You come up here and take yours off then I’ll take off mine.”

Prior to “I Remember,” Rice talked about how he looked forward to coming to California and enjoying the nice weather, and on this night it was rather chilly. Even in three layers, I was cold — Rice had a t-shirt on and was noticeably shivering. Early in the song, a fan ran up and tossed a jacket onto the stage. Rice stopped his song and threw on the jacket to the mass applause of the crowd.

Rice’s music has helped people feel ever since he put his first album in 2003. Fans could hardly contain themselves, sometimes not waiting for Rice to finish a song before standing and shouting their appreciation.

In his encore, Rice delivered “The Greatest Bastard” from his latest album, opening that the song may have caused grief for people in relationships when their significant others can use it to explain what their problems are. Rice followed it up with “The Blower’s Daughter,” or the song from the film Closer (which is how many discovered Rice).

Having chatted with the crowd for much of the night, Rice nearly ran out of time for his final song. For that, he brought out the opener Marketa Irglova, and they performed “Long Long Way.” For the final breakdown, a fan deep in the balcony sang the “not enough” lyrics over and over. The whole crowd could hear him and Rice laughed, calling the fan to come up on stage with him. Minutes later, an obviously inebriated but somehow somewhat in tune man got on the stage and joined Rice, hand around his shoulder. It is a moment I hope the guy wasn’t too drunk to remember, because it was quite a sight to take in.

The crowd delivered a standing ovation and Rice, Irglova, and the fan all bowed and walked off the stage — the fan grabbing the jacket that had been thrown on stage before disappearing.

Irglova was stellar in her brief opening set. Irglova was mostly known for having earned lots of acclaim as part of The Swell Season with Glen Hansard. I’ve had a massive crush on her since seeing the film that her and Hansard starred in, Once. The swoon only grew after seeing her live.

Irglova sat behind a piano for her set, one highlight being “If You Want Me” from her days with Swell Season. Prior to performing her final song — a cover — Irglova remarked how she watched Jesus Christ Superstar as a child and learned all the words to the songs despite not knowing English. Her first crush was Jesus (but really Ted Neeley). She hilariously relayed a story of how she would always draw Jesus on a cross and she’d get asked what it was and she’d say “my boyfriend!”

The Greek Theatre seems as though it would be a tough venue to shine as a singer-songwriter. Both Rice and Irglova proved they had the chops, stunning the crowd into near-complete silence. 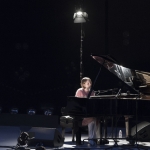 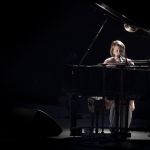 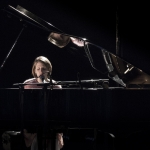 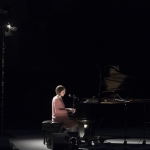 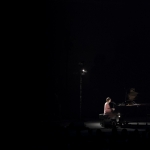 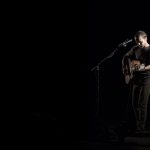 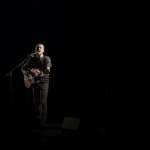 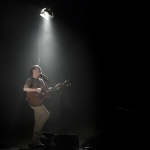 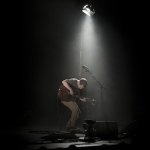 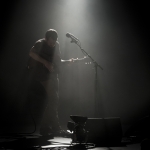 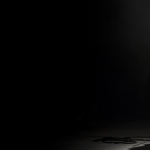 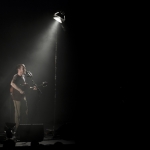 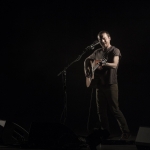 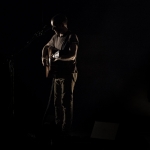 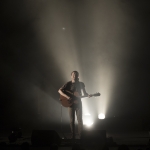 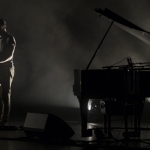 One thought on “Damien Rice and Marketa Irglova stun Greek Theatre into combo of heartbreak, laughter”