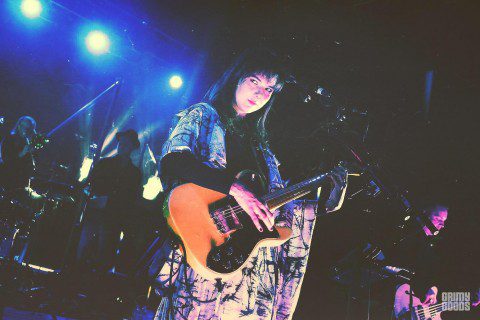 Of Monsters and Men have announced an intimate show that will benefit MusiCares.

The indie rock-gone-mainstream ensemble will play a show at the El Rey Theatre on Sunday, October 18. They’ve played a couple dates in LA this year, first a brief set at the iHeartRadio Theater in June and then at the Greek Theatre in August. They’ve been extensively touring their album Beneath the Skin that came out in June.

Tickets will be priced at $49.50 and are all general admission. There is an American Express presale that goes on tomorrow, September 9, at 10 am. There’s a Goldenvoice presale on Thursday, September 10 at 10 am with the password BENEATH and the general onsale is Friday, September 11 at 10 am. Doors are at 7 pm and the show will start at 8 pm.

GET TICKETS TO OF MONSTERS AND MEN AT THE EL REY