Packed into the tiny bar/sideroom of The Observatory that is known only as the Constellation Room, Los Angeles-born indie-pop quartet Smallpools offered fans one last emotionally effused performance as they wrapped up their LOVETAP tour in their hometown. As the second tour they’ve embarked on in less than a year, the group shone like the bright stars that they were, commanding the small room with their charisma and quirky humor.

Lead by Sean Scanlon and his signature high-pitched wails, Smallpools set burned like an undying supernova of frenzied synth and saccharine pop melodies that fans screamed along to throughout the night. Every song set the crowd aglow, from longtime favorites like “Dreaming” and “Mason Jar,” to new hits like the dazzlingly vibrant “Street Fight.” Scanlon, a true crowd pleaser, who walked off-stage and into the crowd to hold hands and sing with fans, was the fuel for the band’s high-energy and at the center of the night’s best moments.

After leaving the stage for a few moments, he returned in a black blazer with furry shoulders, revealing to the crowd that he was channeling his inner-Brandon Flowers–one of the band’s inspirations. He then began singing “Karaoke,” but to the tune of The Killer’s “Human,” a sublime combination that had fans raving; but that wasn’t the only cover of the night. A traditional and sublime cover of College’s “Real Hero” was also offered up, with Scanlon on keyboards murmuring the song’s heart-wrenching words. But the real treat came as a group effort from all of Smallpools: in a “kumbaya” moment (complete with a campfire courtesy of an iPad) the four musicians entered into a cover and mash-up of Major Lazer’s “Lean On” with Bill Whither’s “Lean On Me.” It was a surprisingly beautiful moment, and the acoustic performance of both song’s, as well as Scanlon once more on keyboard, had the crowd swaying to the outpouring of love from the stage.

With only one album under their belt, Smallpools continue to amaze and excel in their live shows, bringing with them a tangible and heartfelt warmth for their loyal following. But more than their gratitude, Scanlon and company are exceedingly talented artists who combine the impeccable performance of their own songs with an ever-entertaining collection of covers that bring fans and band together under a simple but profound love of music.

As Scanion sang to the crowd in the Constellation Room, under the red and blue glow of what could’ve been stars, “I wanna live this night over and over.” We couldn’t agree more. 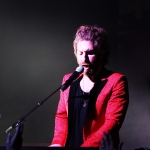 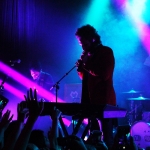 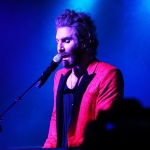 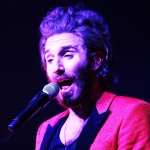 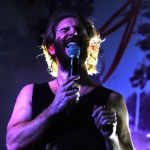 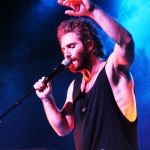 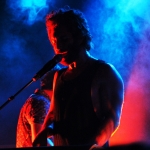 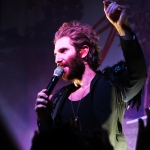 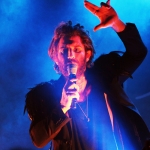 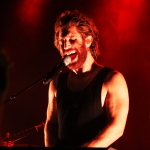 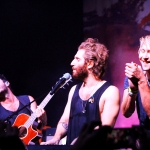