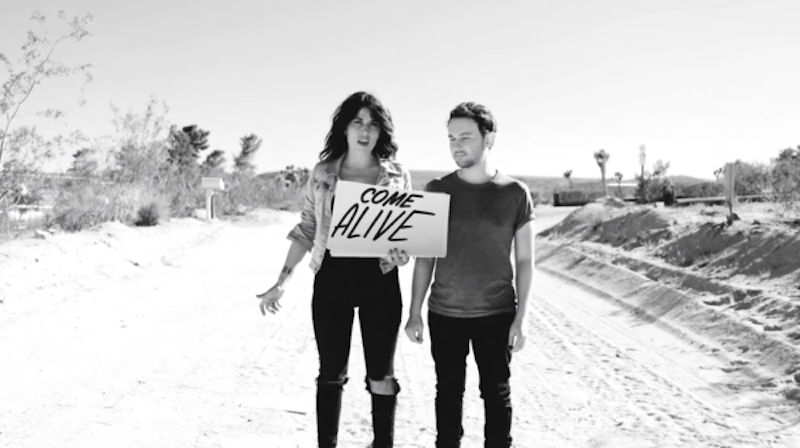 Not too long ago, the LA duo Pr0files, comprised of Lauren Pardini and Danny Sternbaum shared their delicious new song “Empty Hands.” Now Pf0files have brought the song to life with a Bob Dylan-inspired video for the track. Shot on a blistering 110-degree day in the barren desert of Joshua Tree, the video features Pardini and Sternbaum casually dressed in the middle of an empty road as they alternate cue-cards that each reveal intimate details behind the track’s inspiration. Pr0files’ video, similar to Dylan’s “Subterranean Homesick Blues” clip, was also shot in black and white and all in one run. So, for about three minutes and a half, the camera kept rolling. Pretty impressive!

“We went out to Joshua Tree to shoot it with our cinematographer friend,” PR0FILES says. “It was about 110 degrees outside that day, but we still had a fun time making it. Flipping those lyric cards is a lot harder than it looks!”