Thursday at South by Southwest, we got to take in a diverse range of acts spanning a multitude of genres, including acts ranging from heavyweights like John Legend, Loretta Lynn and The Kills to up-and-comers like Gallant, Vince Staples and DMA’s.

John Legend not only topped a SXSW showcase this year, but he showcased some buzzy artists like Jack Freeman, IAM Action, Korbyn Rachel and Tim Jack Wilkins. I didn’t make it in time to see these acts but what an honor it must have been for them to be featured on the same bill as the hit-making Legend.

Alex Newell — of GLEE fame (and also a guest singer for dancey favorites Clean Bandit) performed and had the crowd really into his brief set. He’s got an impressive set of pipes and put them to good use Thursday.

Rising R&B artist Gallant came up soon after. I wouldn’t be surprised if there’s a statistic floating out there that every 10 minutes in America, someone is having sex to this guy’s music. “Weight In Gold” just oozes the kind of feeling that inspires those types of moments and the Maryland-born singer-songwriter was on point with his set.

John Legend‘s set was brief, but it packed a punch. He performed songs like Meghan Trainor’s “Like I’m Gonna Lose You” (that Legend guest sings on), “Green Light,” “Ordinary People,” and “All Of Me.” Legend also mentioned he was wrapping up a new album, which he hopes will be out around September. He described it as a “really soulful” album — unfortunately he didn’t preview any new material during this set.

I ran over to FADER Fort to catch a brief set from Brooklyn rap group Flatbush Zombies. They were the first act I caught at my first ever Coachella in 2014, and they’ve definitely kept things moving. When it comes to live rap, it’s always good to see guys doing the work and actually rapping their verses instead of letting the track do all the work.

Up next at the Fort was Dua Lipa, who definitely has an interesting look and feel to her music. I liked what I heard, and she even threw in a cover of the Jamie XX ft. Young Thug track “I Know There’s Gonna Be (Good Times).”

Next I ran over to Spotify House, catching the tail-end of another St. Lucia set before they made way for CHVRCHES. This was clearly the busiest the Spotify House has been all week, as people were stuck waiting outside for hours and were unable to make it inside during their epic set.

At one point, singer Lauren Mayberry was talking about all the good food at SXSW and tacos, and someone threw an uneaten, wrapped taco on stage. This was clearly a first for CHVRCHES and her band, and she passed along the taco to the photographers in the pit, saying they’ve clearly had a hard week. The band mixed in favorites from their debut album and their most recent one, 2015’s smash hit Every Open Eye. It’s clear they’re one of the biggest bands to perform at this year’s SXSW and they’ll be on the festival circuit as hard as anyone this year. “Bury It” and “Clearest Blue” were the favorites of the night.

Vince Staples closed out the Pitchfork SXSW day party Thursday with another spirited set. This time, he left much of the banter he armed himself with at Spotify House earlier in the week and ran through a brief but entertaining set.

Country legend Loretta Lynn turned in one of the more memorable sets of the week at SXSW at the BBC showcase at Stubb’s. “Well, whatever you wanna hear, holler it out. If I don’t know it, you can come up here and sing it yourself,” Lynn said early in her performance.

Lynn still looks fantastic despite her many years in the business and she dazzled in a sparkly red dress. She was a clear favorite of the weekend by most, turning in performances of classics like “Fist City” and “Coal Miner’s Daughter.” She was also hilarious between songs.

Next I caught the StubHub Music showcase at Banger’s on Rainey Street. I caught the end of Tanlines, the Brooklyn electropop duo. They had people moving and those who weren’t familiar walked away impressed, particularly after the set-closing dance track “All Of Me.”

I didn’t think I was familiar with Baltimore indie pop band Lower Dens, and then I heard the song “Ondine” and the repeated chorus of “I will treat you better” rang very familiar. Their performance wasn’t super high energy but it was a nice calm before the storm of what was to come.

English rockers Bloc Party were up next and they had the crowd buzzing pretty hard. I was never a really big fan of their studio stuff but live they’re a different animal. They’ve got a bit of a new lineup (debuted around the time of FYF Fest last year) and the songs sounded tight. Singer Kele Okereke hilariously asked the crowd if they had any drugs they could share with him. They closed their set with the classic “Helicopter” and that got the crowd really going.

Up next was supreme badass Alison Mosshart and her band The Kills. They are a must-see act as they do the festival circuit this year (thank goodness they are at Coachella). Hearing her raspy and rocking vocals on “Heart of a Dog” was a highlight of my time at SXSW so far.

Towards the tail-end of their set, I caught a peddle car out to 6th Street to catch a 1 AM set by Aussie rockers DMA’s, who we’ve profiled here as a must-see Coachella undercard. Their authentic Britpop sound is fantastic, Singer Tommy O’Dell has the Liam Gallagher vocals down to a T, and they have such an uncanny resemblance to early Oasis (down to the epic solos that Noel was known for) that it felt like seeing that band in their earliest days.

“Timeless” is one of my favorite songs of 2016 and seeing the band kick off their set with that one was great. The room wasn’t quite packed as it was really late and at a small venue The Parish, but everyone in the room was REALLY digging their sound. Catch them at Coachella this year if you’re there early in the day.

Thursday was an action-packed day. Three full days down and two more to go. Friday we will be at Willie Nelson‘s ranch to catch their epic Luck Reunion party. Stay tuned for coverage of that and more. 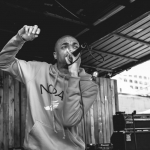 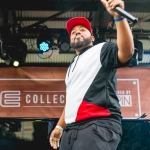 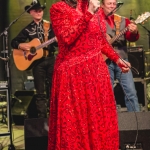 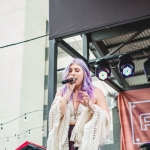 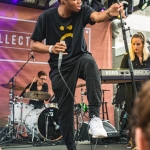 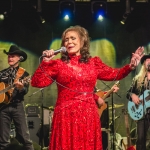 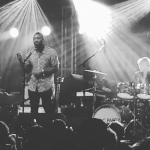 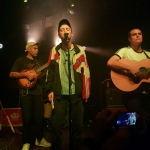 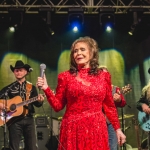 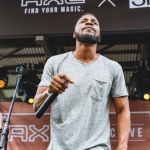 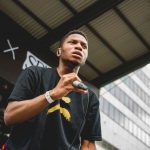 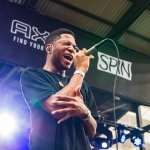 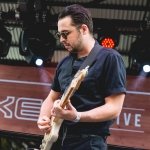 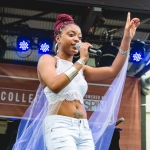 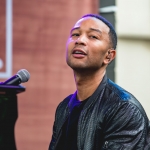 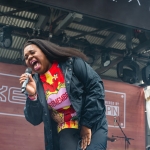 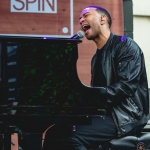 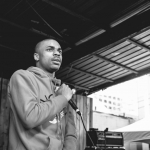 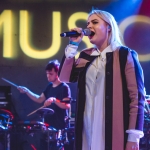 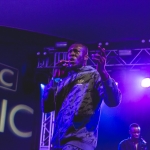