Last night without pretense The Arcs took to the stage at The Fonda and got right down to the business of rocking the sold out crowd. The Arcs is the side project of Dan Auerbach of The Black Keys. Releasing an album last year followed by several singles, Auerbach gets groovy showing us a whole other side of his musicality. Moving beyond the stripped down garage rock, The Arcs is a full sound traversing through the land of jazz, blues and reggae all while keeping that rockin’ edge.

Starting out with the jangling and swinging “Velvet Ditch” The Arcs set the tone for the night. Auerbach let his guitar take center stage and ring through solos while the rest of the band filled in with grooving and psychedelic traipsing. Without a break they rolled right into the next song, filled with fuzzy chords and creamy energy. Aurbach’s guitar screeched as he closed his eyes, transfixed by the music as it filled the space. As he sang in his tender falsetto he raised his finger to the sky, pointing to the gods like he was saying, “this is my time.”

When they rolled into the funky “Put a Flower in Your Pocket” the crowd was warmed up and in sync with The Arcs. As the base plugged along girls started letting their hair down, literally pulling buns and ponytails out, shaking their hair as their male companions wrapped arms around their hips. The crowd was no doubt feeling every little bit that the band was giving and was ready to follow wherever the musical trail led.

Skipping into “Pistol Made of Bones,” which sounds like a nod to Spaghetti Westerns with a rock edge, The Arcs invited openers Mariachi Flor de Toloache on stage to join as backup. This is where the dynamics of The Arcs blazed; groovy down beats paired with fuzzy guitars mixed with distinct vocal harmonies resulted in a sexy soufflé.

The crowd followed Auerbach and the band over to a velvety ballad about fighting for love, even when everything stands in your way. “Stay in my corner, babe/ I will fight for you if you fight for me too.” As he sang with his eyes closed, it was hard to read what emotions Auerbach may be feeling until he opened them, looked out and let the music overtake him as he broke into a shuffle-bounce-kick combo. Auerbach seemed to relish being up close and personal with his fans, many of which were just as lost in the music as he was.

We were all mesmerized by the music when Auerbach brought legend David Hidalgo of Los Lobos join him onstage. Moving from guitar to violin he and Auerbach had a killer musical bantering on “Chains of Love,” yet another example of the diverse musical trail The Arcs were traversing.

Seeing Auerbach away from the lights and stages of stadiums it’s clear that with The Arcs there’s no persona, only a story of musical ramblings to be told. Auerbach is not a flashy showman or one that is pretentious, his emotions are subtle and are heard through his guitar rather than seen. He and The Arcs are forging paths into an overgrown terrain bringing us all along with him to explore what we might find in the corner if we stay a little while longer. 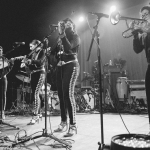 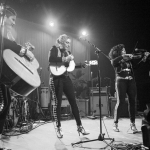 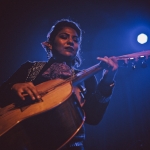 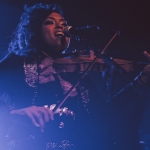 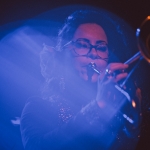 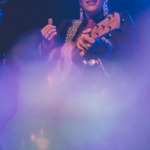 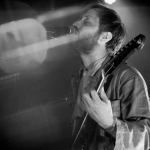 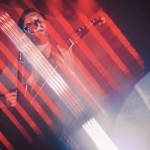 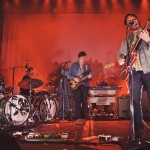 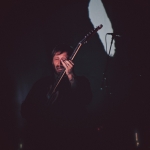 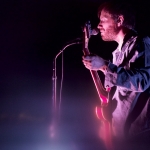 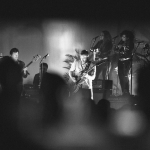 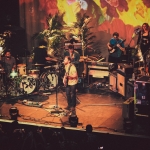 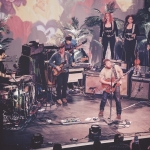