It might take two to tango, but for Animal Collective, it’ll always take three to bring the funk. The trifecta that makeup the Maryland-based collective have become something of an enigma the past few years, elevating their already smart, avant-garde productions into something even more iconic. As they took the stage at the Observatory Wednesday night, surrounded by psychedelic artwork that paid homage to their most recent release Painting With, the trio were met with unrelenting screams from the tightly packed venue as fans clamored for a closer look at the holy trinity of electronic freak-folk. Geologist, in his signature head lamp, stood center stage with multicolored glow-in-the-dark wires spilling from his synthesizer; Panda Bear was to his left, bobbing his head and murmuring into his mic, but for the most part entirely consumed by the glowing machine in front of him; while Avey Tare, although off to the right, was the group’s lightning rod of howling and thrashing emotion.

Sonically, Animal Collective rely on their unique vocal stunts and trills as much as their heady beats to lay down the groundwork, while the broad brush-strokes of their lush, noisy electronica fill all the nooks and crannies in between. Even the most intrepid fans who prefer their more pop friendly Merriweather Post Pavilion would lose themselves awash in every effervescent wave–and if even they couldn’t, they weren’t going to be given any other option. There was no “My Girls” encore, just the weird, psyche-seducing reverberations of jittery Painting With splices like “Lying in the Grass” and “The Burglars.”

Animal Collective wrang out every ounce of their brilliantly austere sounds onto the technicolor mosaic that they’d transformed the Observatory stage into (complete with their massive, acid-induced sculptured busts of themselves lurking behind them). Avoiding any strict play-through of the hits, it was a night focused entirely on making new ones, and the early run of “Golden Gal,” judging by its ability to send the crowd into a frenzy, seemed to be one of them. Singing along to every one of Tare’s shrieks, it was impossible to find yourself jumping, throwing your arms every which way, to the track’s bubbly, slugs of funky percussion. The trio did throw it back to Merriweather Post Pavilion with a gushing, borderline sensory overwhelming expulsion of “Summertime Clothes,” but the night ended fundamentally with the outlandish hoots and yowls of “FloriDada.” Without a doubt the most exhausting and boisterous song that had the crowd moving that night, it was a fight to keep up with the trio’s back-and-forth vocalizations, which darted past us quicker than the blinding stage lights that bathed us in every neon color imaginable. Thumping maniacally to the point of blissful sanity, Animal Collective soaked us through the bone, past the cellular level, saturating our very DNA, with their twitchy undulations — the children, and grandchildren of everyone in that room will be born with the freaky grooves that make that trio tick seared into their genes. 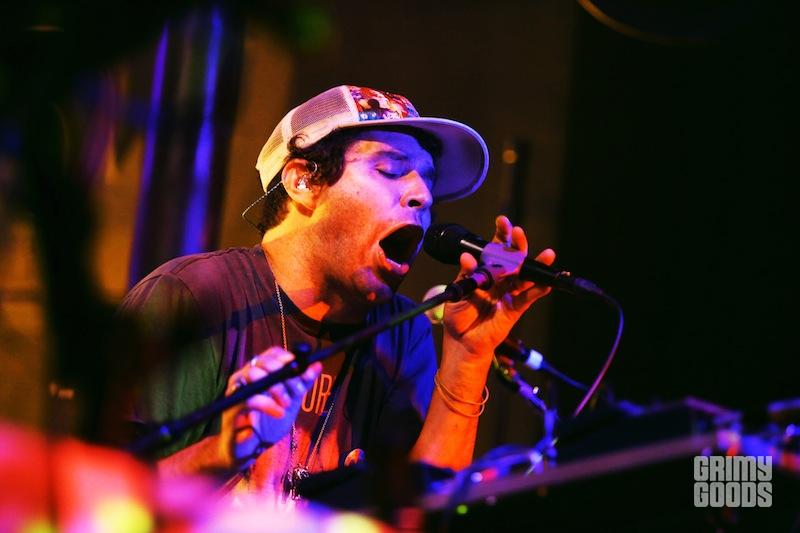 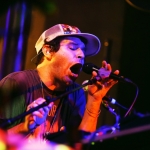 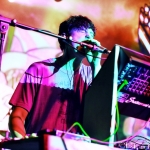 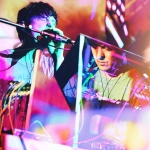 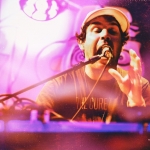 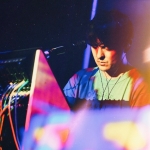 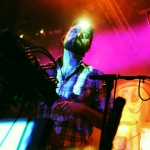 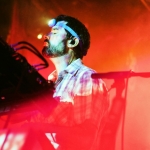 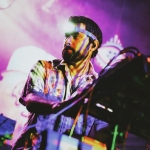