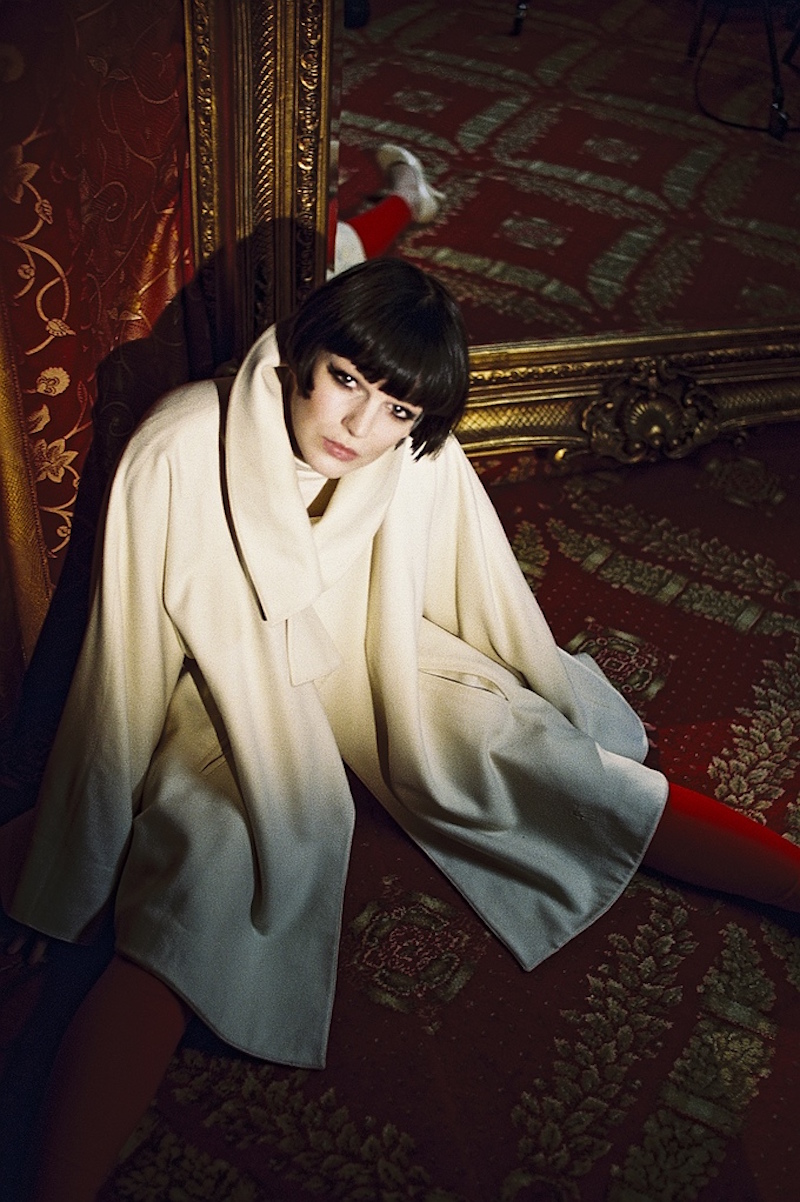 At 26-years-old, Berlin native Lola Sparks has the kind of ambitious tenacity for her career as a musician that it’s doubtful her audience will be restricted to one country–or continent, for that matter. For the last five years, Sparks has been piecing together what will eventually become her debut album, working to raise money for a music video and the basic essentials any blossoming artist would require. There’s an extensive romanticism in our culture about the “struggling artist,” but for Sparks, who describes the time she’s spent working in Berlin to fund her endeavors as the most “grueling experiences of [her] life,” it just isn’t so.

Since the age of four, Sparks always new she wanted to become an artist: “Whatever that meant by the age of four, I imagined singing and painting all day. At the age of 14 I started to teach myself how to play the piano and wrote lyrics and poems into my diary. All day I drew mangas and wrote story lines in order to escape my kind of harsh realities.”

Living in the heart of Germany’s music scene, the young singer/songwriter has been exposed to a wide range of influences that have played a part in creating her sound. From Kate Bush and Björk, to Minnie Riperton and Massive Attack, Sparks eclectic tastes take her indie electronic-pop disposition to personal depths. Writing as a small girl caught in the big city, her songs, like the bubbly “Soon to Die,” tackles existential and romantic to the sultry vibrato of synths and Sparks’ halting croons. Even the single Sparks has yet to release but has offered a short preview of, “Those Beautiful Boys,” builds her rapport and stylistic tact in the areas of electronica. Her beats are concussive, darting back and forth between orchestral rhythmics and artificial droning by her synthesizer; the tunes might not be revolutionary (yet), but her ability to infuse the intimate into every nook and cranny of her songs is impossible to overlook.

“My music has a electronic poppy indie sound, it is very mysterious and playful at times and emotionally raw at others,” Sparks explained. “As a young artist looking for love, feeling isolated from reality and creating my own imaginary bubble of dreams. Filled with an orchestra you get that Walt Disney feel of romance and desire; of a world where everything seems a little more sparkly and euphoric–but in the next moment you land on hard grounds of reality.”

Hard grounds of reality indeed. There’s little to romanticize when it comes to the difficulties artists face trying to get their music off the ground and into the hands and ears of their prospective fans, but Sparks has little time to despair. With an extensive laundry list of goals for the year, 2017 is all about establishing herself as the breakout artist in Berlin, and everything is leading towards her eventual leap into the U.K. By April alone, Sparks intends to have a digital single and video release for her music, while also building her management, production and live show teams. But the big goal, of course, is to eventually offer up her debut album, Diary of a Lost Girl, to the world.

“My producer comes from the movie/film music landscape, so the songs are all very cinematic and based on storytelling. We have drum machines from the 80s, childlike instruments, and cool analog synths; it’s all inspired by the variety of genres you find in Berlin, from Berghain’s techno, deep house, to Kreuzbergs turkish Sazs players.”

And with a viral marketing campaign in the works–which she is attempting to fund with a Kickstarter (an idea she got after reading an interview last year here on Grimy Goods)–Sparks is truly imbued with the DIY spirit and lacks any intent of slowing down. Berlin itself has proven to be a haven for her artistry, describing it as a place in which she’s “surrounded by super talented creative minds who are willing to help shooting photos, filming the videos and editing.” But such a scene and its peculiarities might be hard to imagine for someone who’s never immersed themselves within it, and Sparks is one of many who describe it with an air of passionate fondness.

“For those who’ve visited Berlin before, they know it’s the nest of techno and electronic music–some might dare to say its place of birth. All I knew was I had to move here and I made that decision on my eighteenth birthday,” Sparks said of the city. “Because of the street buskers and the live shows you find everyday everywhere, Berlin’s crowds are very thankful and welcoming. We are tasty, poor and sexy. The music is a variety of fusions from different cultures being besties.”

The welcoming nature of the city has allowed Sparks’ aspirations to remain buoyant possibilities that are on the cusp of being her reality–just last week she played host to a performance in which she shared some of her poems, short stories, and even sang five of her owns to a crowd of enthused people.

“I let them all sit on cozy pillows at the disco Cosmic Kaspar, they eventually all started to cuddle and I wanted to mingle along. So eventually I lied down in the middle of them, singing and feeling different hands on me. Very Berlin touchy-feely. Loved it.”

For more information and to stay up to date with upcoming releases by Sparks, head over to her Facebook. If you’d like to take a look at her Kickstarter, you can view it here.