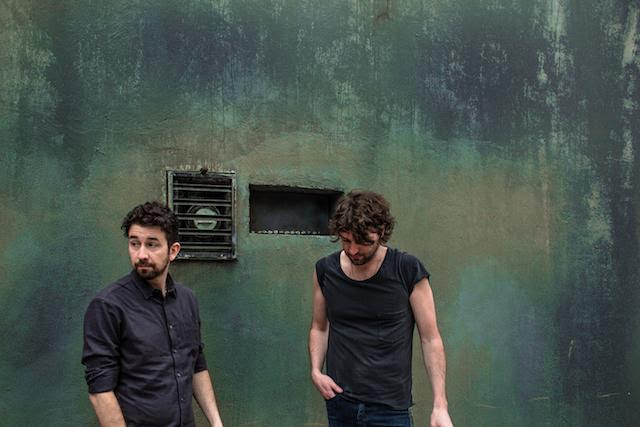 Japandroids are back with a new album titled Near To The Wild Heart Of Life, are are ready to celebrate the new tunes with a headline Los Angeles tour date at the Fonda Theatre in Hollywood! Japandroids are scheduled to perform at the Fonda on Thursday, March 9 and Friday, March 10. Grimy Goods is giving away tickets to their March 10th show date. Craig Finn and The Uptown Controllers support. Enter the contest below or purchase your tickets here!

Hit or stand? It’s a question that’s plagued more gamblers than rock bands, but it feels like something Japandroids members Brian King and Dave Prowse might’ve asked themselves before crafting Near To the Wild Heart of Life. For two LPs, two EPs, and a handful of singles, Japandroids have religiously walked a path of rock n’ roll tradition, both in their long-talks-and-late-night-drives imagery and their minimalist approach to translating maximal feelings. Up to this point, singer-guitarist King and drummer Prowse haven’t strayed much from this formula—their 2012 breakthrough Celebration Rockwas acclaimed as the full realization of “the Japandroids sound,” and its hefty touring cycle differed only from their previous six years in that the venues were bigger and more packed. But they did slow down, and sometime during that three-year hiatus they apparently decided to hit. Near To the Wild Heart of Life is unmistakably the same band that made Celebration Rock and Post-Nothing, but with more subversion of the expectations around it than many bands on a hotly tipped third record would attempt. Luckily, King and Prowse have managed to make a record that carves out its own niche independent of their back catalog, but doesn’t abandon the combination of ambition and enthusiasm that made them a Great Band in the first place. Read more from our album review here.

First make sure you’re following Grimy Goods on Twitter here and/or “like” our Facebook page here. Next, leave a comment on this giveaway post letting us know why you want a pair of tickets to Japandroids at the Fonda Theatre. Be sure to enter your correct email address when leaving a comment so we can notify you if selected as a winner.  When you’re done with your comment, send us a Tweet so we know you entered the contest or you can post on our Facebook wall. All three steps need to be competed in order to be selected as a winner.

FACEBOOK: Just leave a comment on our wall letting us know you entered our contest for tickets to Japandroids at Fonda Theatre!

One thought on “Win Tickets to Japandroids at Fonda Theatre, Hollywood”