There was something wistfully poetic about the Arctic Monkeys making their return to Hollywood via a blistering sunset serenade amidst a collection of stone mausoleums in one of the city’s oldest cemeteries. Fronted by the irrefutably suave Alex Turner, the band has always exuded a certain melancholic sexiness, yet their performance at the Hollywood Forever Cemetery on Saturday night was permeated by a carefully measured nostalgia as well. “Do You Wanna Know?” off their most recent album AM seemed slowed down, with Turner’s sultry drawl meandering behind the song’s pulsating percussiveness. Even their more kinetic, club-smashing anthems like “The Hellcat Spangled Shalalala” and “I Bet You Look Good on the Dancefloor” seemed to elongate themselves from brash, emotional sucker-punches and into something more introspective.

It might’ve been the atmosphere, playing under a blue, starry California night-sky beneath palm trees and amidst stone mausoleums will inject any scene with a thick dose of wistfulness. It also could’ve been the fact that it’d been four years since the Arctic Monkeys have really played any of their songs live, and what a long four years it’s been. With such a long hiatus digested and now a new album mere days away, the band’s sixth to date, it’d also be easy to chalk up the feeling to an impending shift. But with no singles slated for release and only appetizers of Tranquility Base Hotel & Casino being served at their live shows, it’s too soon to even begin making that call.

What can be said for the feeling is that the Arctic Monkeys, like every one of us who’ve woken up and taken a look in the mirror one morning, are aging. AM might’ve heralded a maturation in an emotional sense, diving deep into lyrically dense introspections that Turner and company navigated with grit and somberness, but Tranquility Base Hotel & Casino could be the album to further that step. Arctic Monkeys, since their inception in Whatever People Say I Am, That’s What I’m Not, have always taken-on the rambunctious cacophony that is adolescence with a certain romanticization and glee that we’ve loved them for. Turner playing both the ever-slick and charming lover and also the passionate fool who wears his heart tattooed to the sleeve of his leather jacket, and in that duality, we strived to not only be him but also discovered we were him. Finding comfort in that, soothing heartbreak and the ache of love’s bliss and cruelty with that balm, has been the basis of our relationship with the Arctic Monkeys from the beginning.

Yet, judging from the subtle ways that Turner and company seemed to be running through their discography in such a quietly sublime manner, it was clear that this was a stepping stone. The songs they’ve debuted so far from Tranquility Base Hotel & Casino are quite the slow crawls compared to even AM, bearing a resemblance to some of Turner’s work in his side-project The Last Shadow Puppets, through which he released an album during the band’s hiatus. Ballad-like in nature, the songs tumble forward on piano twinkles and weeping guitar lines, carried heavenly by Turner’s ever-so beguiling croon. The band played three of the four new songs they’ve debuted live so far, “Four Out of Five,” “She Looks Like Fun,” and “One Point Perspective,” each one just a tantalizing sip of their album that the crowd treated like an oasis in a desert.

Standing above the crowd in Hollywood Forever, crooning and strutting over the riveting riffs of nearly every song in their arsenal, Turner remains the lightning-rod that powers the entire performance. Whether it’s in the way fans scream desperately for him to come closer or the way he can electrify with just a single, smoldering stare, the Arctic Monkeys frontman continues to have a talent for making any show feel like an intimate encounter. And still, even after so long, he has us wrapped around his finger in much the same manner the lovers in his songs have him wrapped around theirs. It’s always been a blissful relationship, one heavy with passion and blistering infatuation. Four years or forty years, it doesn’t really matter, whenever they come back it’s always like the first time. 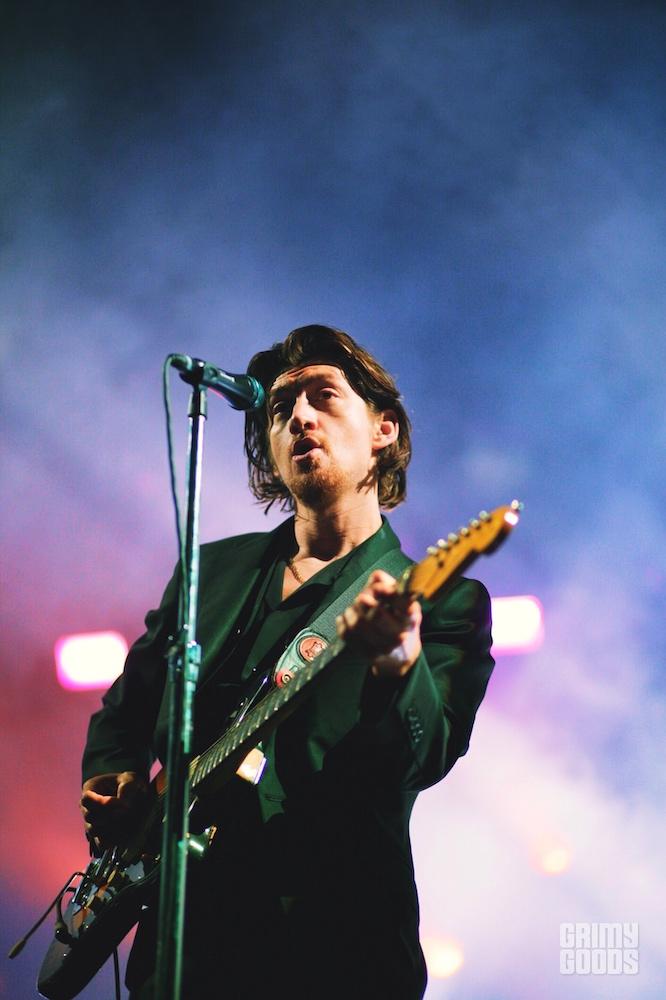 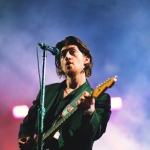 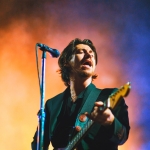 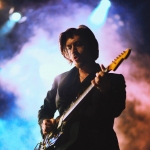 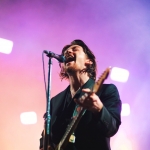 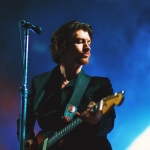 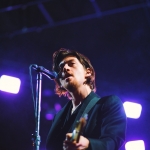 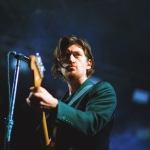 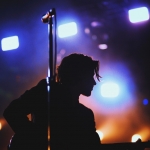 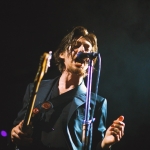 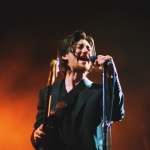 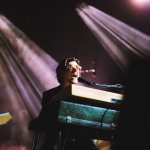 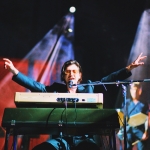 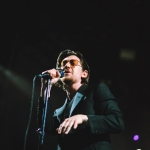