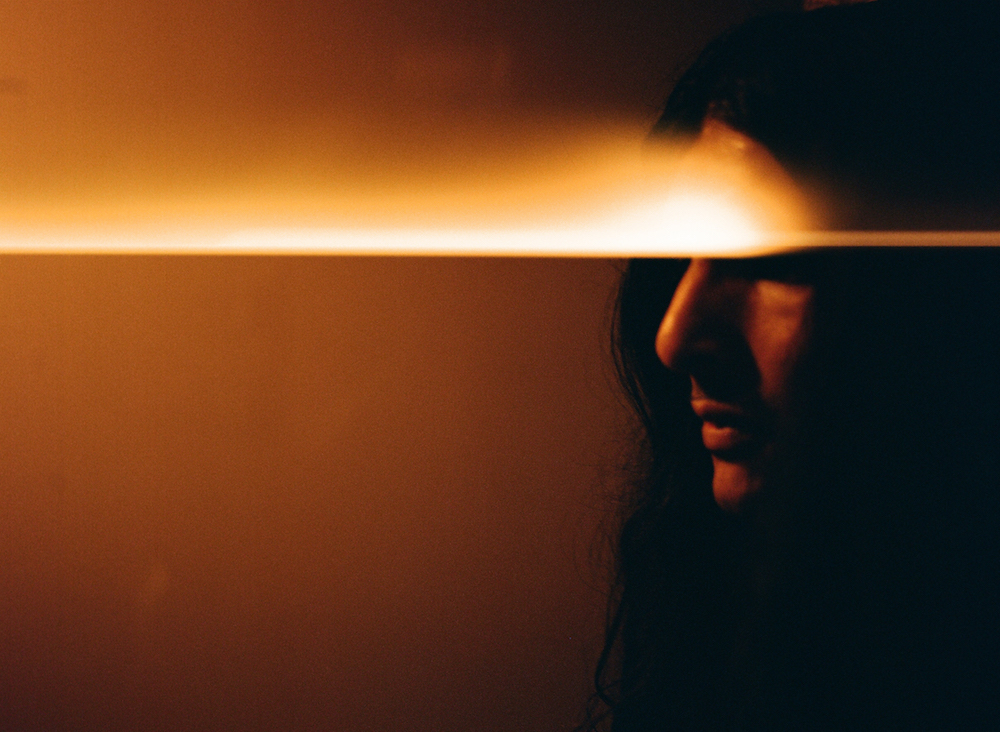 Imaad Wasif often feels like he not of this world. His realm is not physical, though it is tangible. I had the opportunity to pose him some questions about his recent record, Great Eastern Sun, and his career in general to get a chance to understand him and the process behind his profoundly moving work. He shared insights on why he writes and records, his level of spirituality or lack thereof, and gives a glimpse of things to come; read the interview below.

How complete was Great Eastern Sun when it was shelved?

Imaad Wasif: It was the fragments of my damaged psyche that were the loose ends that kept me from releasing it at the time. When I was writing the album, it was completely cathartic, pulling me out a void. But in 2012, when all the tracks were mixed, I suddenly felt the weight of what I’d done and wanted to get as far off from it as possible. So I hid it away.

You have said you want your music to make people feel happy (source: No Depression). Does that have to do with why you didn’t want to release it?

IW: I don’t want to fully understand what I do or hold the key to all mysteries. Happiness is a fleeting notion, we feel it and then it’s gone. I think music has the ability to trigger an avalanche of emotion and tear people apart and make them confront their fears and sustain memories in an almost Proustian way. I don’t think the record in the end is dark, just at the time of it’s completion all the feelings that were part of its creation were still festering in me and I couldn’t really escape them. Now in hearing it, I hear a Sisyphean ritual, one that brings joy out of the struggle.

You are quoted in an interview saying, “The thing I seek the most in music is transcendence, and the only way I truly ever experience that is by performing my own songs.” (source: The National) You were emphasizing how important writing your own music is in your life, but then is there an implication that your live show is the most important part of your art?

IW: That might have been relevant at the time, because I was touring a lot and so I was completely immersed in the transformative energy of the song in performance. I love that way that songs change when they are out of control, or the way they resist and seem to exist in their own way, which is the basic nature of rock n roll. I can’t experience a song in the same way I did when I wrote it, it becomes something else, something far more beautiful and haunted than imagined.  But I am far more within my music when I am in my hermetic mode and able to create without any connection to reality or the world. The universe gives you what you ask of it, you have to put the intention out there. The feeling I get from experiencing a song in the hands of the live chaos of my twin self and the musicians that are there with me in the moment, is as above so below. Though, I’d say the initial spark of the song, the flicker of the idea that emerges from nothingness is the most important part of a song’s life.

I was hoping we could discuss one of the tracks from the new album, if you’re willing to divulge. The opening track, “God is Not a Mountain,” feels like a very distressed spiritual meeting. Can you tell us the origin of the song?

IW: When I was a child living out in the desert there was a huge mountain that someone had spray painted “GOD” on. We would drive past it and I literally thought that was God. It’s such a beautifully innocent idea, one that was shattered as I grew to explore the notion of the cosmic. The image has never left me. The song came much later when I was coping with a death and realized that there was something I could never understand about mortality and the transference of energy out of the body into parallel dimension and infinite circular time. It was an attempt to express that idea. “Though I am right here, you treat me like I’m gone/God is not a mountain/God is no one that you can see or feel/It’s like touching the sun.”

Are you a spiritual person? Do you worry about God’s/a higher power’s/ higher energies’ intangibility?

IW: I don’t believe in the idea of ‘God’ as it is used in language. I use it in a distorted way. I am not a religious person. God is concept and describes everything within us and without. It is being able to find beauty and sacrilege in the mundane, in the machinations of real life. Into everyone descends the hope of a half god. They have confronted the way of truth, or hidden it, covering it with fogs and vapor, a gesture of exorcism.

The album overall does seem to have much conflict, but your style is much softer on Great Eastern Sun than in recent years. Was this a sign of that transition? Or were they unrelated changes?

IW: I have an aversion to the term ‘softer.’ It’s an implication that something is weaker, lighter or not as potent. That is definitely not true of this music. I’m creating direct, resonant, discrete minimal psychedelic music.

The album predates Dzi by 4 years. It’s a collection of home recordings, so really the tone was set by the nature of the environment. I wouldn’t be plugged in to my psych death stack amp setup in my own house. That sound needs to exist outside of my inner sanctum. The reason I released this album was also that I felt it was important to have a recording out that showed the duality of my process. Most of my songs originate from this more intimate way, and then I take them into studios to explore their extremities. But you can hear the closeness in these recordings. That’s something that gets lost in studio recordings. Here’s an album where there is no distance between you and I.

“Throw the Sun Away” is an adorable little song, with an homage to The Beatles in the middle of it. Can you speak to the origin of this song? Do you think this song was ‘too dark’ or ‘too personal’ to share? Why or why not?

IW: I wrote that as a lullaby for a child, a drug addict and a lost love. What better band to rip off than the Beatles?

When you recorded Dzi, a press release about the record described your “descent as a paranoid recluse in LA.” Would you care to discuss this time of your life, in relation to making music?

IW: When I came back from all my touring for Strange Hexes and The Voidist I was completely lost. That’s why I had to step away from performing. But it was probably my most productive period as a writer. During that time i recorded GES, another EP called Dark Water, the Figurehead LP, some collaborative projects – The Grim Tower album, three concept albums with ACID, but I couldn’t really get back to center. It was almost as if I had been dispersed as light or particulate matter and needed something to bring it all back together to cohere into a new being. In late 2016, Bobb Bruno and I got together after I asked him to help me make Dzi and we recorded it at his studio over the course of three weeks. I couldn’t deal with all the voices I was hearing at the time. My head was filled with self destructive notions and grand illusions and Dzi was born out of that, both as a reaction and a means to clearing it out.

Taking into account that you suffered to create that record, would you say that pain or suffering makes good art?

IW: I used to believe that the creative impulse was driven by a struggle against the unseen forces of negativity. But I can’t have an overarching view on art. All creation is specific to the creator, I just know that the intention has to be true or deliberate for me to connect to it. I’ve always gravitated to things that have come from outsiders, but that is not an absolute. It’s not a conscious decision to feel pain, I am one of those people who feel it every day on every level, and I have to channel it into music. Bowie’s “Quicksand” offers this:

Right after you released your self-titled record, you remarked that you “sought a lot of beauty and that helped me out of a dark year.” Do you still seek beauty in your life? Why or why not? Is it for the same reasons?

IW: Everywhere I look I strive to see both sides, so that I have a way in and a way out of dream and reality. At their intersection lies beauty. But it is shadowy.

Can you tell me about your fashion influences?

Your chemistry with Karen O was palpable. Have you had the fortune to work with anyone else that had such great chemistry? Are you still interested in collaborations?

IW: Karen is on several dimensions at one time, there’s no one like her. When we did “Hideaway” together on the ‘Where the Wild Things Are’ soundtrack that was the pinnacle of our collaboration. Anytime I work with her I’m blown away by her abilities as an alchemist.  It’s a double edged sword, but I’m completely into it when it happens. I don’t really seek it out, it usually finds me. The ACID records were made with an artist named Jeff Hassay who also does some of my videos. We knew each other but had never played music together and one day we wrote a song that opened a golden vein and we basically never stopped until we bled it dry. We wrote and recorded 3 albums within a period of 6 months. We are working on finally releasing them on a boxed set in the next year.