Outside Lands remains one of the premiere music festivals on not just on the west coast but across the country, because every piece is so well put together and curated with festival attendees in mind. The 2018 edition of the festival was no different, with a plethora of activities, shops, food trucks, desserts, alcoholic deliciousness and even cannabis-minded pop-ups fleshing out the event’s already stellar music lineup. With cool weather slated for the weekend and the canopy of greenery that is Golden Gate Park swallowing-up the endless crowds that had gathered there to see their favorite acts, Outside Lands day one was an intense start for many. The lineup for the first day was stacked with artist after artist and although there were no time conflicts, it wasn’t uncommon to see people racing between stages to catch as many acts as had been squeezed into Friday’s waning daylight.

Opening the day’s festivities was local rapper Caleborate, an early favorite when he first appeared on the lineup announcement and whose crowd reflected the young artist’s already growing cult following. Unphased by his large crowd on the Panhandle stage, however, Caleborate proved to be more than just a sharp-tongued poet rapping about the personal struggles he faces 24/7. Commanding the crowd with a cool dexterity, Caleborate melded together all the ferocity of his bars with a budding charisma–at one point even jumping off-stage to give the front row high-fives. But variety was the name of the game this year at Outside Lands, where fans could see exciting like Caleborate and then turn around and not twenty yards away on the Twin Peaks stage catch songstress Carly Rae Jepsen throttle crowds with her precious but infectious pop hooks. Needless to say the far-flung net of this year’s festival wasn’t for everyone, but there’s something admirable in a festival as large as Outside Lands attempting to curate something unique that also caters to as many people as possible.

The Growlers at Outside Lands day one by Steven Ward

Afterall, the whole point of music festivals seems to be less about catching that one act you want to see and more about losing oneself amongst the endless stages hosting a variety of acts. It’s the buffet of the music world and if you’re adverse to trying new things then you probably shouldn’t be at one. So while Jepsen’s pop antics might not have been for everyone, the singer stormed passionately along wave after wave of synth-pumped, radio-ready anthems. Her massive crowd singing along to every one of her tunes held its own special thrill to it as well, even to the random passerby. The indie acts were also present in force as well, with cult favorites like The Growlers and Father John Misty (whose following has all the passion of a cult) taking their respective stages with all the fanfare owed to them. The Growlers especially, coming off the success of their own festival in Los Angeles, did what they do best and enchanted the crowd at the Sutro stage with all the allure their dreamy rock pieces can offer. There was indeed a bit more of a mysticism added as always by the environs of the stage, but as anyone who has seen The Growlers before know a lot is owed to their own presence as well.

Father John Misty at Outside Lands day one by Steven Ward

Sprinting from The Growlers to the Twin Peaks stage would’ve found you face to face with Father John Misty addressing his congregation of followers. Unlike other acts who exude their power over their crowd via their spoken words or dance moves, the bulk of Misty’s hold over fans came in those moments between breaths. Each of his sultry ballads burned with a mix of debauchery, existential angst, and wit, all of which found its way into the crowd in a possession-like manner. There really is something delightfully wicked about Misty’s unabashed approach to cultural critique; whatever your opinion of Mr. Josh Tillman’s persona—it’s exceptionally clear the man has crafted something otherworldly in the midst of it.

Mac Demarco at Outside Lands day one by Steven Ward

After drying your tears for western civilization and quelling your own demons, it seemed entirely fitting to dive into the complete other end of the spectrum with Mac Demarco. A veritable national treasure to all who know of him, Demarco is an act that is perpetuatally entertaining to watch if only because he never fails to do something batshit crazy onstage. Whether it’s burning body hair off with a lighter or stripping naked and climbing speakers, Demarco has taken the antics of garage and punk-rock shows and brought them full-fledged to every stage he graces. In terms of feel-good delirium Demarco was the perfect to a near perfect first day, rolling it up and smoking it in true fashion to the bubbly riffs of his songs.

Caleborate at Outside Lands day one by Steven Ward

Carly Rae Jepsen at Outside Lands day one by Steven Ward

Lucy Dacus at Outside Lands day one by Steven Ward 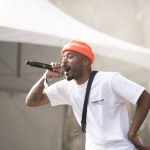 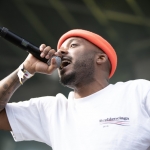 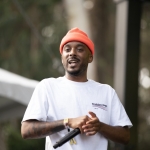 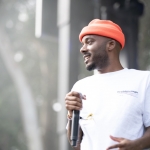 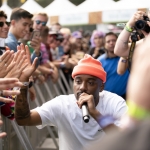 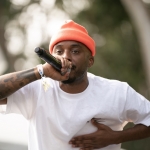 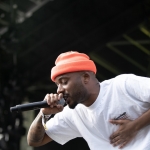 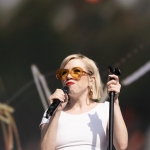 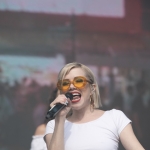 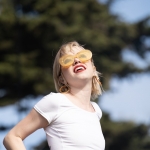 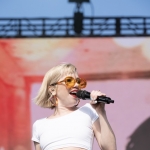 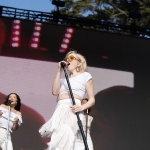 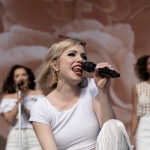 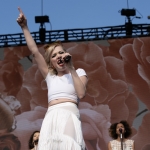 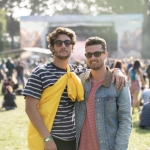 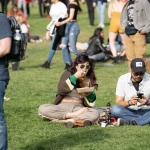 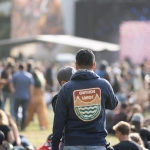 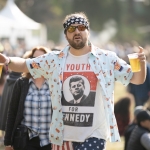 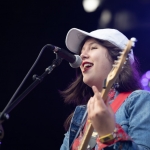 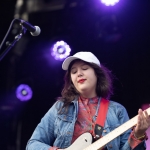