Slaves UK: First band to really make a solid impression. Lots of power coming out of this british duo dressed in dirty whites. High energy, punk, loud, explosive. Looks like a couple of brawlers but with a sensitive side demanding the audience and photographers hug the people next to them.

Giants in The Trees: Ah, the lead singer dressed like a hippie she’s playing a banjo. Back up singers in leopard. Older dude playing harmonica is a weird pairing with these ladies. OH SHIT Krist Novoselic is the bass player AND THEN DAVE GROHL CAME OUT AND PLAYED DRUMS! AHHHH

Yung Blud: Who is this handsome fella in the pink stripes? He’s so smiley. He’s fun I like this dude.

Gang Of Youths: Forgot I knew this band. Far less positive than the last time I shot them at the Moroccan lounge. A bit combative with the crowd most of which didn’t know they are huge in Australia.

Greta Van Fleet: Lots of hype with this band. Dude definitely has a stadium rock voice but he’s no Robert Plant who he is often compared to. Biggest problem, they felt artificial and it took editing the pics to figure out why, they are too clean. Perfect haircuts, perfect teeth, brand new clothes and accessories none of which look lived in at all. It makes it all seem like a costumed 70’s tribute act. Would love to hear them play something that is more their own. Also one can not play stadium rock in birkenstocks.

Garbage: Only goddess, Shirley Manson could intimidate the weather of Southern California to rain on cue the moment she sings “I’m only happy when it rains.” Loved her look and red warrior makeup!

Iggy Pop with Post Pop Depression (aka Queens of the Stone Age): Only Iggy Pop could have QOTSA as his backing band. A bucket list show. Iggy pop is a king! I don’t know if there is another human on Earth who has maintained their youth inside an aging body to the extent Iggy has. He is a gift to us all. “Lust for Life” indeed!

Foo Fighters: Hit after hit going further and further into their 20+ year catalogue. There are adults here who were not born when Foo Fighters formed! How can that be? Dave asks “Who here has never seen us before?” a bunch of hands go up “Oh.. Cool… Thanks for waiting 25 fuckin years” 😉 Continuing back through time until it happend… the Foo Fighters had played all their hits and left the stage.

Dave appears on the large screens a live stream from backstage… He is standing with Pat Smear and Krist Novoselic…. NIRVANA!!! Dave signs 1 more song? (listens for screams) 2 more? 3 more? 4 more? 5 more? 6 MORE??? He pulls John McCauley (singer from Deer Tick) and JOAN JETT into the frame and we all know what comes next….. 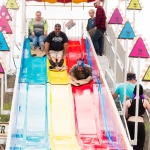 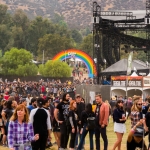 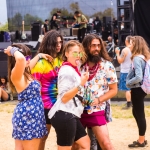 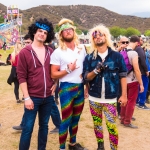 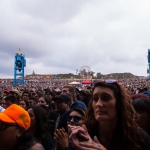 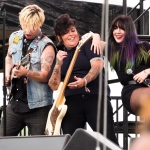 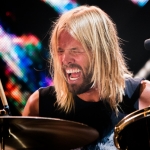 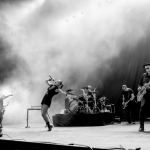 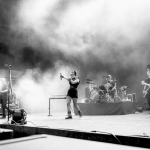 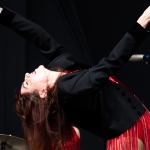 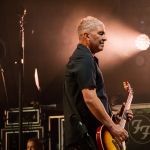 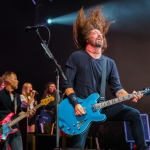 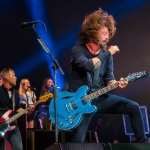 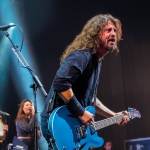 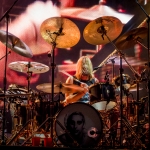 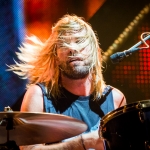 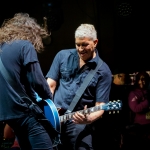 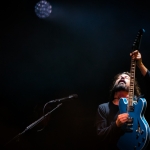 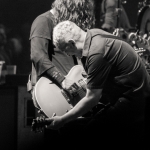 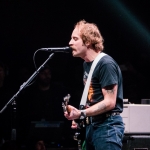