It hasn’t even been two years since Lauren Ruth Ward, supported LP, opened at the EL Rey and yet this headliner’s star has risen significantly since then. At the time she was still a bit unknown on the LA scene but Thursday night at the El Rey was a celebration of those that have been supporting her since day one.

The night opened with Rett Madison who has been a favorite opener for Lauren. Rett is a folksy singer songwriter with the bite of a viper. She had a lot of friends in the audience including the first woman she kissed who had inspired her song “God is a Woman” which she joked is not the Ariana Grande song. Those unfamiliar with Madison were soon enchanted with the songstress shouting out their love and asking what Rett’s name was.

Continuing the love fest was Valley Queen, who noted that Lauren is one of the most supportive LA artists on the scene. She makes more shows than seems possible and promotes the talent that surrounds her with the love of a true fan. Those musicians returned the favor showing their support not only in the audience but also helping out with behind the scenes jobs, most of whom were recognizable by anyone who has been hanging around LA’s music venues the last few years. LA’s scene has been noticeably shifting towards the feminine and this female/lgbt-centric line up showcased some of its best.

Lauren Ruth Ward pulled out all the stops with her set which when the curtains of the El Rey opened revealed Ward flanked by a choir made up of Emma Cole, Rett Madison, Fox Sinclair, TwoLips  and being directed by Maestro Shruti Kumar who had been plopped down in the front row between Lauren’s most dedicated fans one of whom had LRW with a heart tattooed on her neck. It felt a lot more restrained than other shows of the past with Lauren donning a well tailored suit (although later it was revealed she was still rebelling wearing pasties under the formality) instead of any bedazzled stage gear. Lauren was noticeably touched by the turn out and stopped to take a moment to really soak it all in and call out to friends in the audience she could see. She also filled a bit of time with a story about the mushrooms that her shakers were styled after that involved stoned deer. Those deer would have really been into the trippy Liquid Courage Light show going on as a backdrop to the whole show. Joining Lauren’s usual line up of Liv Slingerland (bass), Eduardo Rivera (guitar), and new  drummer Madi Vogt were guitarist Dean Passarella who had opened for her at the troubadour, Annabelle Maginnis (Violin) and Emma Cole an exemplary back up singer who complimented Ward’s voice beautifully. Fans sang along to all of her songs new and old and passed her a bouquet of flowers then half way through the set Lauren’s fiancé, LP joined in singing back-up and stealing some kisses and further exciting the crowd. The show wrapped up with everyone back on stage sharing the spotlight with Ward for a raucous cover of Jefferson Airplane’s “White Rabbit”. Lauren also announced she would be releasing a very limited album of Doors covers celebrating the birthday of Jim Morrison. It will be very interesting to see what Lauren does with her new year now that she has taken full control of her trajectory as she also announced she has split from her label.

Best wishes for that shining star. 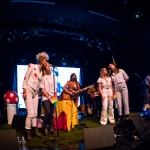 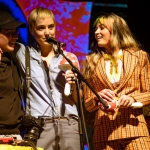 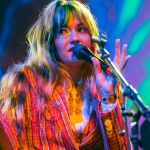 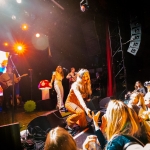 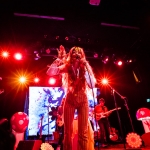 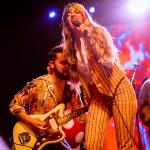 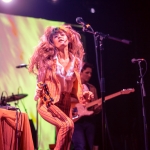 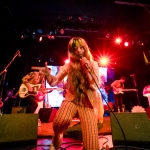 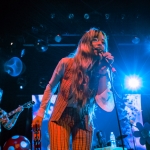 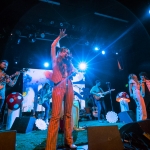 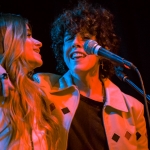 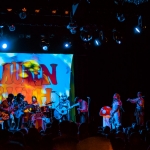 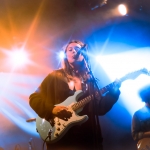 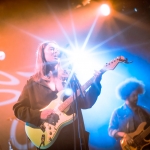 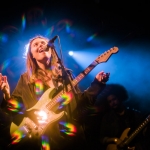 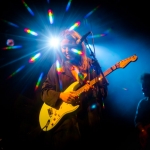 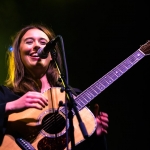 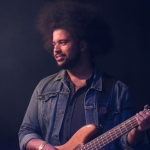 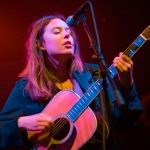 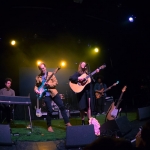