Australian indie rock group Middle Kids wrapped up their US tour Friday night at Echoplex in Los Angeles. Touring their debut full0length record released in May, Lost Friends, it seemed as if the Aussies had gained an entire venue’s worth of new friends.

With chops ranging from singer and classically trained pianist Hannah Joy, to multi-instrumentalist and producer Tim Fitz and drummer Harry Day having studied jazz at the Sydney Conservatorium of Music — Middle Kids expertly and intentionally produced lo-fi sound has garnered them world-wide attention. They’ve even made a fan out of Sir Elton John who premiered their hit single “Edge of Town” on his Beats 1 radio station. For a group that has been around for a few short years, Middle Kids’ rise to popularity has been swift. In 2017, the year they released their debut EP, they toured in support of Ryan Adams, Bloc Party, Cold War Kids, and Coldplay.

Anthemic songs “Bought It” and “Mistake” riled the crowd, while the slower “Maryland” turned dancing bodies into swaying ones. By the time Joy arrived at her keyboard, the rest of the band having left the stage, everyone was enraptured. When she finished “Doing It Right,” (and when the guys finished their beer and Goldfish break – something Joy is jealous she doesn’t get to partake in) they played “Tell Me Something.” Arriving at the climatic single, “Edge of Town” turned the entire room into a massive sing along. 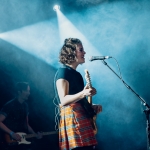 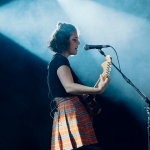 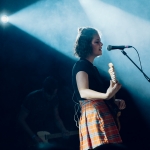 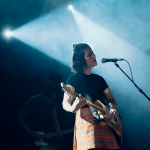 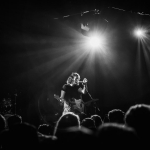 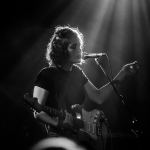 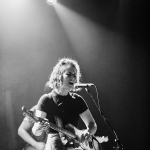 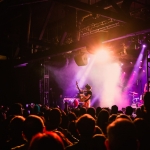 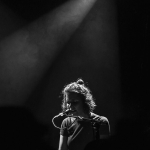 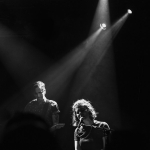