Returning for its fourth year at Doheny State Beach in Dana Point the annual Ohana Fest remains a quintessential festival amongst the many that have cropped up in Southern California in recent years. With its placement on the shores of one of the state’s picturesque beaches, surrounded by palms, and constantly caressed by cool weather and gentle breezes, Doheny epitomizes the kind of laid back cool that the festival thrives on. For this year’s iteration of the event, the lineup was one of its biggest with the likes of The Strokes, Eddie Vedder, and the Red Hot Chili Peppers closing out all three nights of the festival respectively. And while the nostalgia was overflowing all weekend, Ohana Fest managed to also dazzle not just on its main stage but also on its aptly named Tiki stage–where an array of bands and artists drew crowds as large as the weekend’s headliners.

With zero time conflicts to go around all three days, there was plenty of time to catch virtually every act at the festival. Whether it was Sunflower Bean tearing it up on the Tiki stage–with lead singer Julia Cumming standing over the crowd ripping into the band’s heady riffs–or White Reaper bringing their garage-punk sentiments to such an unlikely, but delightfully fitting, setting as Dana Point at sunset. Keeping the magic of the Tiki stage going were daytime disco outfit Poolside, and beyond their very appropriate name given the ocean being just a few hundred yards away, the Los Angeles trio brought nothing but funky house beats to a crowd of new fans. Rock outfit Donavon Frankenreiter brought a similar gusto to the side-stag gigs, paying homage to the surf city roots of the South Coast–both as a surfer himself and in the driving surf rock he and his band let flow.

LP was a massive hit on the main stage, delivering her foot-stomping anthems alongside her stratospheric vocals–which remained the talk of the weekend throughout. Australian multi-instrumentalist, Tash Sultana was another show stopper, delivering her reggae-meets-psychedelic-rock with a variety of loops done in real-time onstage. And just to keep the strong female presence at Ohana going, Jenny Lewis gave her glam-rock ballads a go Sunday afternoon, glittering as she always is in her sequin dress and even dusting off a Rilo Kiley favorite in “Silver Lining.”

Nathaniel Rateliff and the Night Sweats, not to be overshadowed by the RHCP headlining slot they were going up against, gave one of the weekend’s more impassioned performances. Their mix of blues, gospel, and folk–all wrapped up in a decidedly Americana blend–struck an obvious chord with the crowd as Rateliff howled into the night backed by his band and a particularly stunning brass and sax section.

Each night might’ve ended early due to the city’s sound ordinances–and to some, that’s either a blessing or a disappointment. But regardless of what time the festival ended, each finale was as explosive, if not for different reasons, as the previous night. Sunday night ended with the Red Hot Chili Peppers burning brightly into the night with all the hits, opening with “Can’t Stop” and “Otherside.” But covers also abounded as they naturally do at festival shows, with the Chili Peppers taking a go at Neil Young’s “The Needle and the Damage Done,” and a blissful run-through of The Cars’ “Just What I Needed.”

The Strokes emblazoned their iconic status as indie-rock heroes in spectacular, glamorous fashion. Opening with a double-whammy of hits in “The Modern Age” and “You Only Live Once,” Julian Casablancas and company live up to the hype. The hiatus since their last album might’ve opened up the door to naysayers and shouts of overratedness, but there remains something quite kinetic to the soul watching this lineup–of Nick Valensi and Albert Hammond Jr. delivering some of the most recognized riffs of the 00s, Nikolai Fraiture peddling out the bass line of “Reptilia,” or Fabrizio Moretti texturing it all with those delirious drum backings–standing onstage together offering up songs so soaked in a time long past that their timelessness is as absurd as it is without question.

And it was made all the more iconic when Casablancas invited Vedder on stage to sing two songs with the band, including Pearl Jam’s “Hard To Imagine” and their own “Juicebox.” Vedder made it a point to come out and sing with as many acts as he could over the weekend, joining the Chili Peppers as well at their set, but his own headline slot was also filled with just as many guests, inviting Kelly Slater and Glen Hansard to perform with him onstage.

Sitting there in the dark, Vedder brought the intimacy in close despite the massive crowd in front of him–playing more like a close friend or midnight busker on the corner. And the highlight of his set–possibly the weekend–came when he tossed his guitar pick to a young boy in the front row. It might’ve been the heady nostalgia of the weekend so far or the bourbon cocktails but the moment seemed such a poignant embodiment of what music was.

Ohana Fest drew crowds of all ages and entire families to boot and nowhere else was this idea of a passing of the hat–of sharing something that left you so on fire in your youth or adolescence, like a song–and giving it to another for them to make their own moment out of. The familial aspect of ohana thrums strongly in the festivals ethos and that young boy will no doubt be telling that story for years to come. 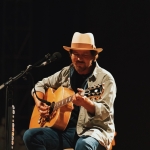 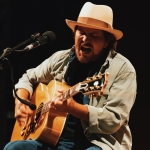 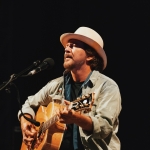 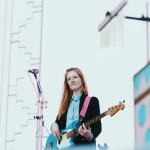 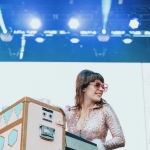 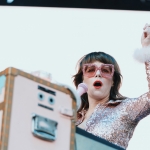 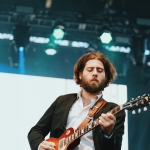 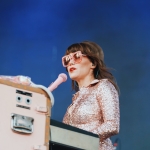 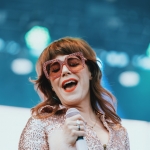 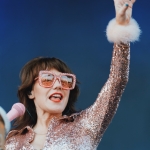 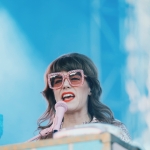 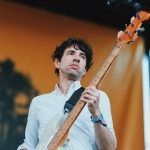 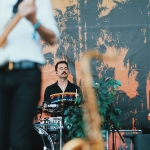 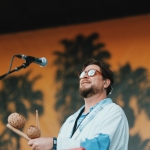 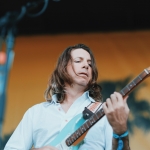 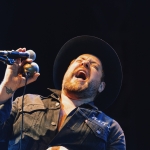 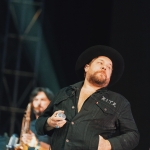 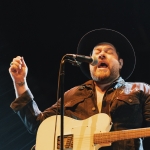 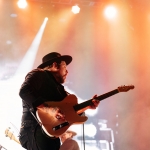 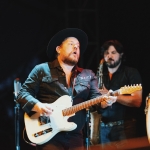