This past weekend Desert Daze returned to Lake Perris for the second time since its move from Joshua Tree. In the opening ceremonies Ian Svenonious joked that despite its name, the festival does not take place in the desert. The location is not all that has changed as the festival has, year after year, strayed farther from abiding to its psych-rock roots bringing in bands like Devo and Wu-Tang Clan. Despite its evolution in genre, Desert Daze has maintained in delivering both legendary headliners and a wide variety of emerging artists.

New Zealand’s pop stylist Jonathan Bree took the Theatre Stage Friday with his faceless band, mesmerizing the crowd with their surrealist performance. Fred Armisen followed with jokes suited to the event, giving the audience a reason to laugh at the bands they came to see. Most memorably Armisen constructed a sing along to a song he made up on the spot that had the cluster of fans that filled the oversized tent belting sounds that resembled words in unison.

Saturday saw Surfbort’s Dani Miller decked out in Gucci and Discount Universe crawling off of the stage into the dusty pit. On the beach, fans camped out all day in anticipation of Devo. In classic fashion, their set was preceded by a 24 minute mockumentary following the band’s marketing journey toward a comeback in which they hoped to penetrate the modern music market. Ultimately they discovered success would be correlated with the color blue. The crowd erupted when the band finally took the stage and the anticipation that had built with the video was satisfied as the band played hit after hit. Multiple wardrobe changes culminated to an appearance from Booji Boy singing “Beautiful World.”

Ween followed performing Chocolate and Cheese where “Candi” was performed for the first time live. Not to be overshadowed by Devo reminding everyone that they predicted de-evolution decades before it happened, Gene and Dean delivered a tight, yet humorous set with cowbells and fart noises and everything you might expect from Ween.

Sunday was no less exciting, with a last minute surprise set from shoegaze legends RIDE who filled in for SHINTARO SAKAMOTO. Earlier in the day Kills Birds brought new energy to the crowd that filled the theater, playing their debut album in its entirety. Nina Ljetti held a manic gaze above the crowd before bursting out in a frantic off-beat performance to their songs that Kim Gordon calls “hot as fuck.”

At sunset, Tim Presley’s WHITE FENCE took the Block Stage, cluttering it with guitarists. The theatrical, classical, psychedelic sound of I Have to Feed Larry’s Hawk was a welcome relief and fans sunk into the grass as the sounds of Presley crooning filled Moreno Beach.

Wu-Tang Clan closed out the festival and their overwhelming bass vibrated through the crowd that piled onto the beach late Sunday night. Houston based Khruangbin, who held the crowd earlier in the night joined the Wu on stage to perform “Protect Ya Neck (The Jump Off)”.

In its eighth manifestation the festival saw technical improvements in parking, internet, traffic, and security. Desert Daze held its ground as a festival reminiscent of what festivals once were, entirely grounded in a sincere love for the music. 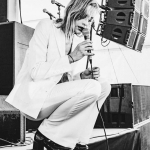 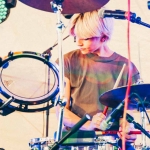 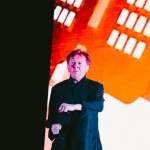 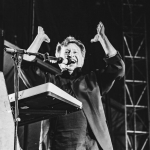 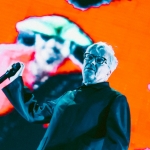 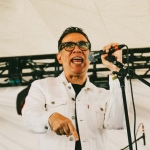 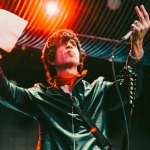 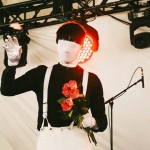 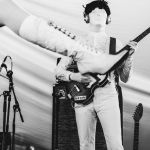 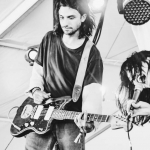 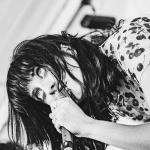 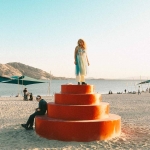 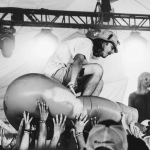 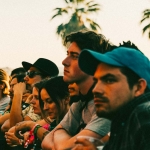 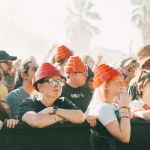 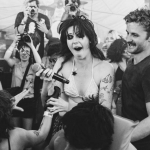 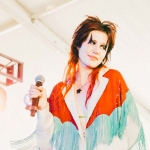 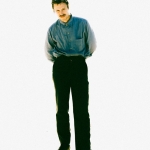 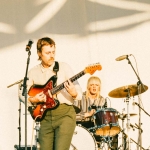