This past weekend, the Los Angeles music scene was dominated by powerful women. Death Valley Girls took over the Lodge Room in Highland Park, along with Kate Clover. Also seen slaying around town were the Modpods at The Satellite, and Draemings with Holy Wars at The Echo.

But right now, we’re gonna talk about Death Valley Girls’ inspiring set. If you were near the front row you would have seen two dads separately bring their young daughters to the front of the stage. The girls who seemed near 9 or 10 we found out they were named Lola and Lilly. It was Lilly’s first time seeing Death Valley Girls, although not her first concert and she had learned a thing or two so she held the “Darkness Rains” vinyl and a sharpie in hopes she could get it signed after the show.

Death Valley Girls did not disappoint, although poor Lola was a bit overwhelmed when lead singer Bonnie Bloomgarden called her out to dedicate a song to her and then Bloomgarden spent most of that song trying to apologize for drawing all the attention to her by playing her keyboard from underneath it to try to maintain eye contact and psychically communicate that she was honored to have the girls at her show. She later pulled the girls over to where Bloomgarden’s mom was and sang to them all squatting to be down at their level in front of the stage. The night was filled with many hellos to friends out in the audience and quite a few who joined the band on stage. This was a homecoming show for them and the end of the tour on which Rikki Watson of the Two Tens and LA Machina had joined them on drums.

Opening the night was Kate Clover who was dressed like a 60’s cocktail guest in a black pencil skirt, kitten heels and with nails that matched her guitar but she was not there to mind her p’s and q’s. She had enlisted The Crocodiles and dressed them in suits to back her and although her vocals were being lost in the wall of sound coming from three on-stage guitars clearly she was commanding the stage. The Crocodiles then changed into something more comfortable and filled the middle spot most notably being serenaded and flagged down by a very enthusiastic fan front and center dressed head to toe in high volume yellow ruffles and waving a pink scarf for the entirety of their set.

Back to sweet Lilly, her dad later posted on instagram that she had in fact gotten that album signed and I am sure had her life changed by being seen by a band that she loved. That is just one of the magical things that happened this weekend. 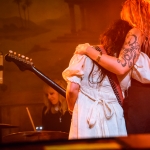 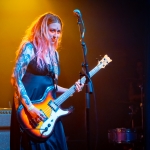 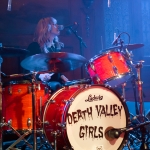 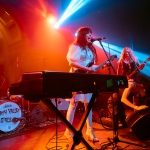 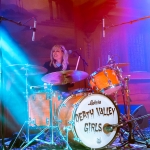 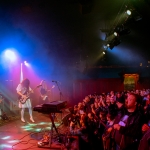 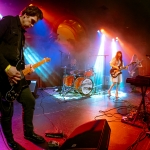 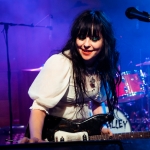 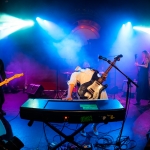 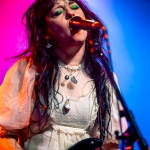 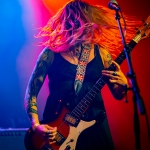 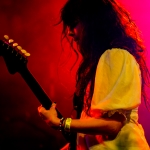 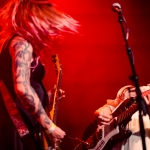 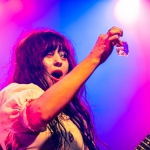 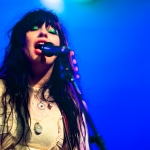 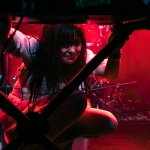 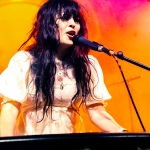 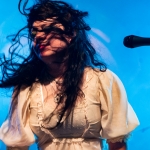 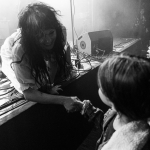 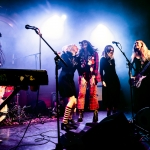