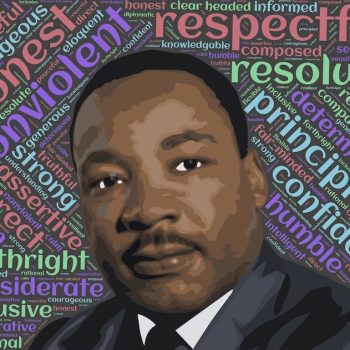 Every year, the birthday and national holiday of Dr. Martin Luther King Jr. is imbued with new meaning in relation to the constant flare-ups of racism against people of color in the United States. From police brutality to consistent institutionalized neglect and disregard for Black bodies in places like Flint, Michigan and Ferguson, Missouri. The […] 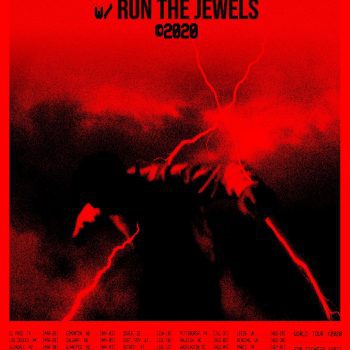 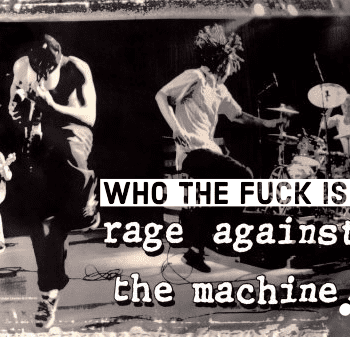 WTF Coachella – Who Is Rage Against the Machine???

Rage Against The Machine may be one of the most iconic rock bands, very well-know across the globe for their inspiring activism and musical skills — but when news broke that the newly reunited band was set to headline Coachella 2020, the socialsphere went crazy. Who is Rage Against The Machine? And y’all wonder why […] 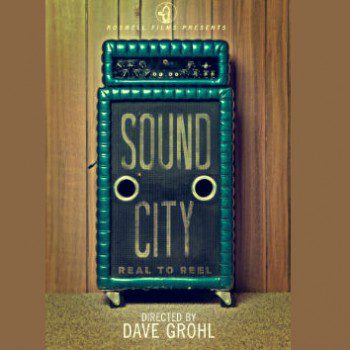 After selling out their memorable show in Park City, Utah—The Sound City Players have booked another show at the Hollywood Palladium on Jan. 31, 2013. The mega-supergroup, helmed by Dave Grohl, includes Stevie Nicks, Rick Springfield and John Fogerty. Members of Black Rebel Motorcycle Club, Cheap Trick, Fear, Rage Against The Machine and more will perform in addition […] 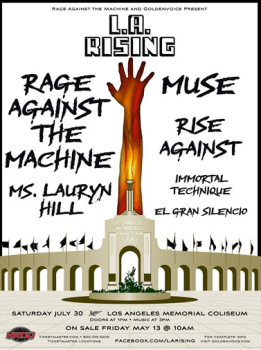 Contest: Win Tickets to L.A. Rising with Rage Against the Machine and Muse at the L.A. Coliseum (July 30, 2011)

There’s a whole lot a of hype going on for L.A. Rising and it’s rightfully so. The massive concert will feature Rage Against The Machine, Muse, Lauryn Hill, Immortal Technique and El Gran Silencio all at the L.A. Coliseum on Saturday, July 30, 2011. Tickets to the show come at a hefty price of $99 […]

Now this shit is gonna be nuts and I’m giving it a big NO THANK YOU (although seeing Rage again would be righteous!). Bring out the riot gear! But, I know a lot of you wanna go to this big shabang and rightfully so! So here’s the presale info and password for L.A. Rising with […]

More
Sandra B. Olinger |
Statement From Zack de la Rocha of Rage Against the Machine: Call to Boycott Arizona

Soundstrike Press Conference. Los Angeles, CA July 21, 2010 Good morning, my name is Zack de la Rocha I’m the lead singer of Rage Against the Machine. Welcome to everyone here. Friday July 23rd is a very important day for us, for a couple of reasons. One because it will be the first concert that […]

So much hype over The Dead Weather and their new album “Horehound.” After listening to the album in all its entirety (many times), they have definitely lived up to all the hype and speculation of being the shit! With eleven tracks of shear radness, “Horehound” is killer! Whoever does their mass marketing can take it […]