All the way from Sweden, Grimy Goods presents the Deer Tracks with our L.A. favorites, the Magic Wands. This very special early night of music will take place at the One Eyed Gypsy in downtown L.A. (formerly Bordello Bar) this Friday, March 22. The show is FREE! Just make sure you’re 21 years of age or older! Doors open at 7pm and the Deer Tracks take the stage at 7:30pm, while the Magic Wands hit the stage at 8:30pm. During both sets you can enjoy an awesome One Eyed Gypsy Happy Hour from 7-9pm. 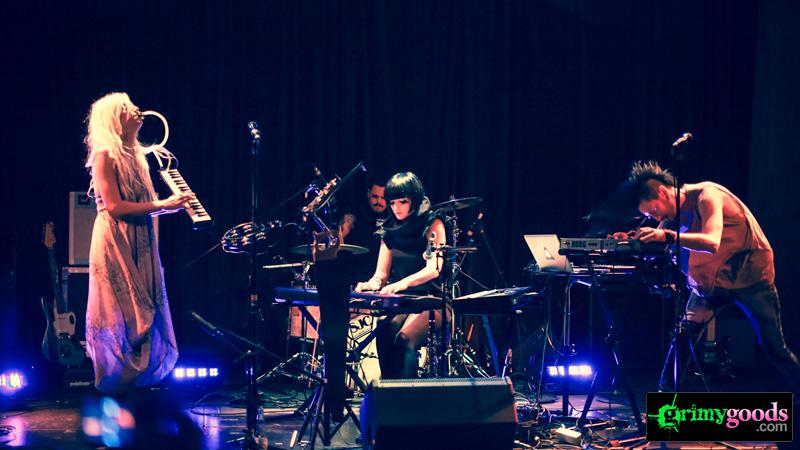 We grew fond of the Deer Tracks music early last year and were blown away by their superior instrumental skills and enchanting stage presence when we covered their Los Angeles debut at the Bootleg Theater.

Just like Alice taking a trip down the rabbit hole, there is something magical and mysterious about the Deer Tracks new album, The Archer Trilogy Pt. 3. Coining themselves as a “Northern Light electronic duo from Sweden,” the Deer Tracks new record, The Archer Trilogy Pt. 3 is as playful as it is soothing. Although, playful and sweet, the Deer Tracks have proven to create mature soundscapes, rich in texture and electronic beats that breathe life. Front-woman, Elin Lindfors’ delicate vocals have a touch of Bjork’s youthful and high-pitched charm while still holding dark undertones. And she can play a saw and make it sound beautiful! 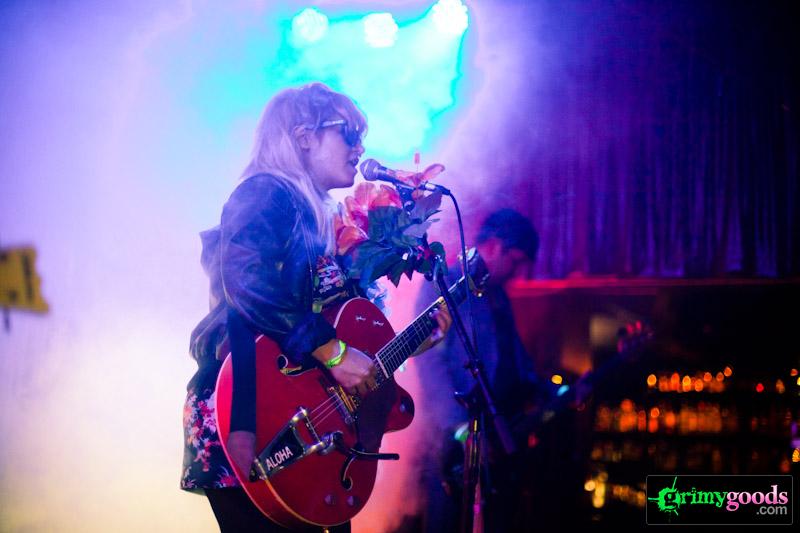 The Magic Wands have been one of our L.A. favorites since the teasers of their debut album, Aloha Moon. We covered their record release show at the Satellite  in April of 2012 and totally dug their trippy-tiki-vibes and sexy radiance. Their songs are  deliciously infectious and have been featured in Gossip Girl and the latest Victoria’s Secret commercial.

The duo creates rad music that tip-toes across various striking genres. From the shoegaze haze you are left with after listening to title-track, “Aloha Moon,” to the edgy pop number  “Black Magic” (in Victoria’s Secret commercial), all the way to the dark industrial bass buzz of “Space – Dave Sardy”—Magic Wands have proven to be capable of creating a memorable selection of well-rounded tracks that tantalize the mind, body and libido. You can’t help but dance to their hip tunes.