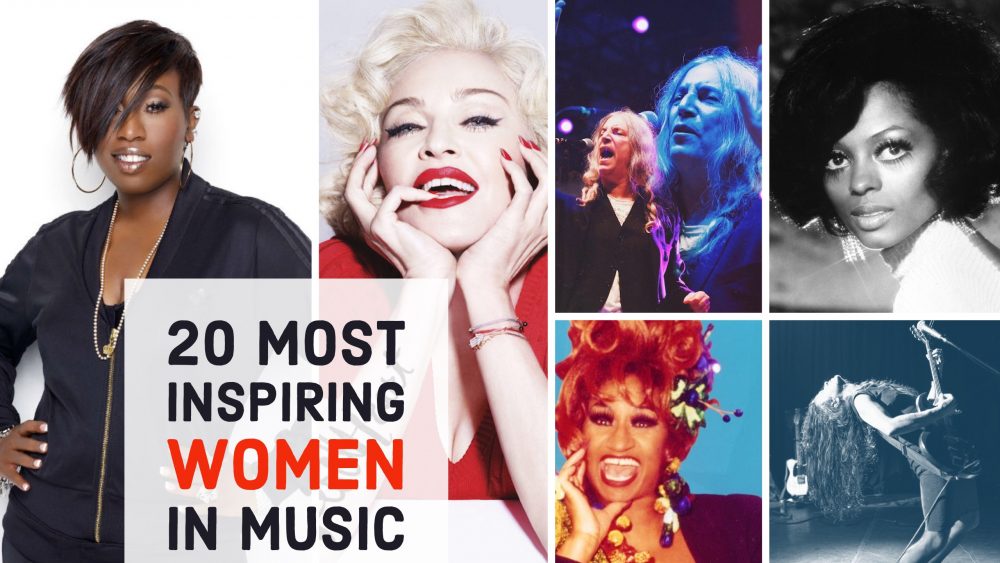 *We’re updating this very popular post for 2019 and including 30 more inspiring women in music! This will round out the list to 50! We’d love your input. Leave a comment with your favorite woman in music!

This March we continue celebrating Women’s History Month by honoring women in music. Whether it be sending shivers down our spines with the immense power of their voices, participating in political activism through musical protest, or breaking down barriers in the music industry — female artists throughout history have been inspiring us through their words, sounds and actions. We recognize that we have barely scratched the surface here, but take these little information nuggets and get inspired to dive deeper and enrich your own mus

ical world with a little wisdom from these strong female influences, past to present.

In alphabetical order because they’re all just too great to list in any other way …. 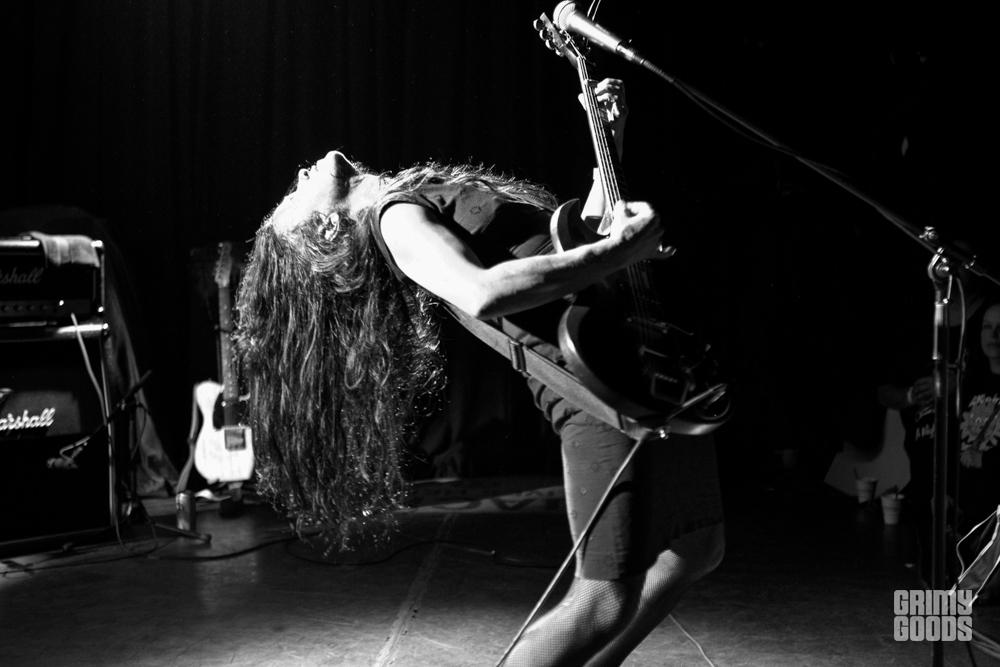 Alt-grunge punk trio Babes in Toyland, comprised of Kat Bjelland (vocals/guitar), Lori Barbero (drums) and Maureen Herman (bass) formed in 1987, released three studio albums; Spanking Machine (1990), Fontanelle (1992), Nemesisters (1995), and went on to influence a number of riot grrl acts and alternative female bands, such as Bikini Kill, Hole and Sleater Kinney, to name a few. After 18 years the influence of their raw sound continues to expand amongst old and new fans alike, despite the long hiatus from the stage. At the band’s recent reunion show at The Roxy in West Hollywood we experienced this firsthand, surrounded by young folks, old folks, and several famous folks. At the very same show, they were introduced by Tom Morello (Rage Against the Machine), “They are punk princesses, the goddesses of grunge, the matriarchs of metal…from riot grrls to riot moms.” More than just a compliment, seems to us that Tom (Morello) was simply stating the facts. 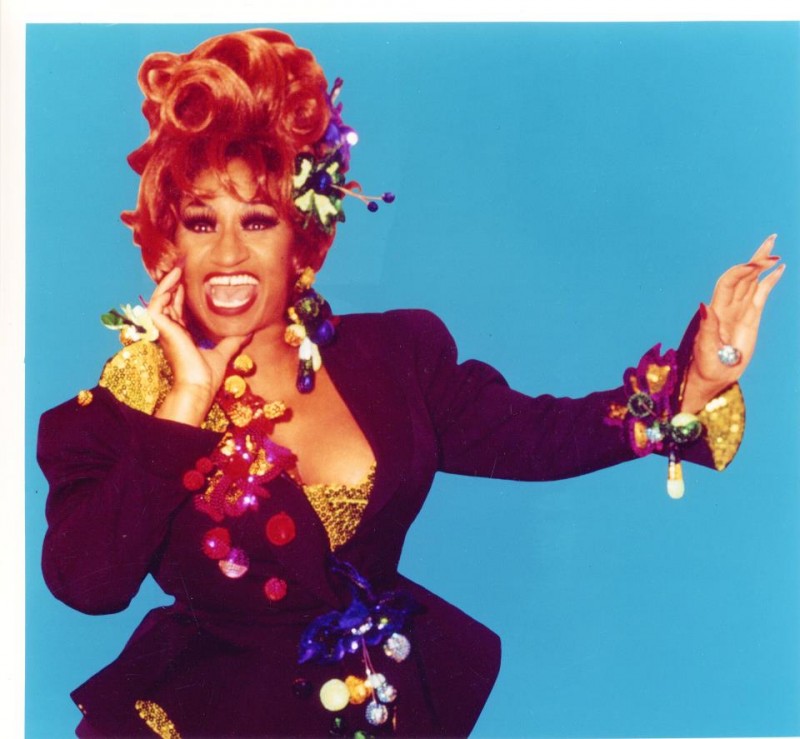 Cuban American singer/performer Celia Cruz, aka “The Queen of Salsa” may have been well recognized for her flashy outfits and signature smile but it has been her powerhouse voice that truly defined Salsa in the 20th Century. Her accolades could stretch a mile long, having earned twenty three gold albums, a National Medal of Arts, a Grammy, an induction into Billboards’ Latin Music Hall of Fame, etc. Her fan base is so strong and reaches so far, that a variety of post-humous dedications have been made in her honor, from a city park named after her, to an exhibit at the National Museum of American History to a commemorative U.S. postal stamp. In addition to that, the Celia Cruz Foundation is a non-profit that offers financial aid to Latino students who are studying music. Despite here death in 2003, her music and presence continues to live on today. 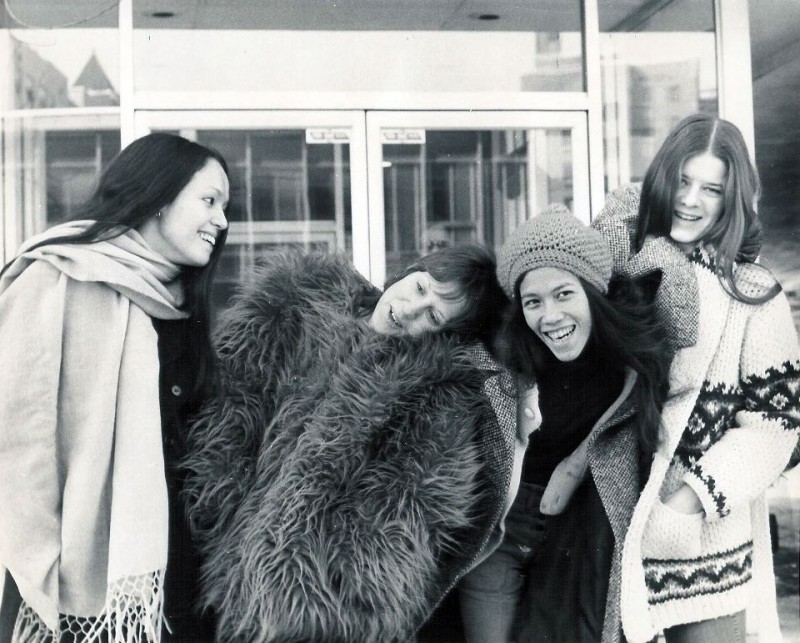 Fanny formed in the early ’70s and were the first all female rock group to be signed to a major record label, a self-titled album for Reprise Records. The band wrote and arranged all of their own music and soon became a local Los Angeles favorite, playing often at The Whisky-a-Go-Go and making fans and admirers out of Kim Fowley, Rodney Bingenheimer, David Bowie, The Rolling Stones and others. The young rock n’ rollers went on to release four more albums, found success with some international hit singles, and toured through 1975.  While the band never gathered quite the same steam in the mainstream as some of their more famous counterparts of the era, these “Godmothers of Chick Rock” blazed the trail for generations of female musicians to come. Thank you Fanny! 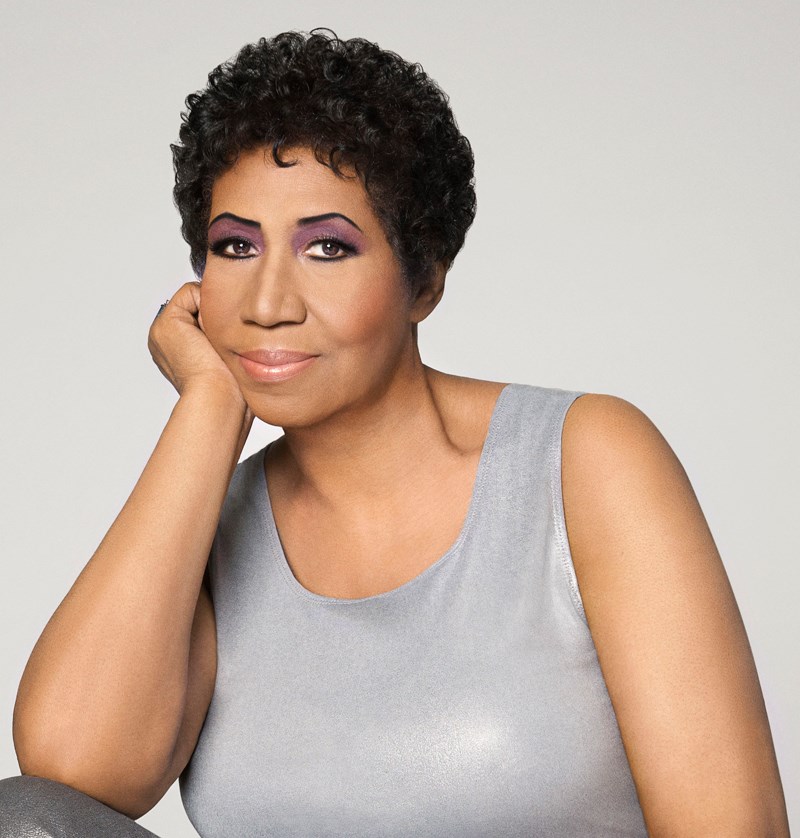 Aretha motherflippin’ Franklin, doesn’t really need any introduction. The “Queen of Soul” has been blowing mindgrapes and eardrums to this day with hits such as “Respect” and “Think.” 75 million records sold, more Grammys than we can count, and she was the first woman to be inducted into the Rock n’ Roll Hall of Fame. There is no doubt that she is an inspiration for all musicians and listeners out there, as she continues to be one of the most celebrated artists of popular music. The 72 year old singer just announced her first show in 30 years in the Bay Area, taking place this upcoming August in Oakland – there’s just no stopping Aretha! 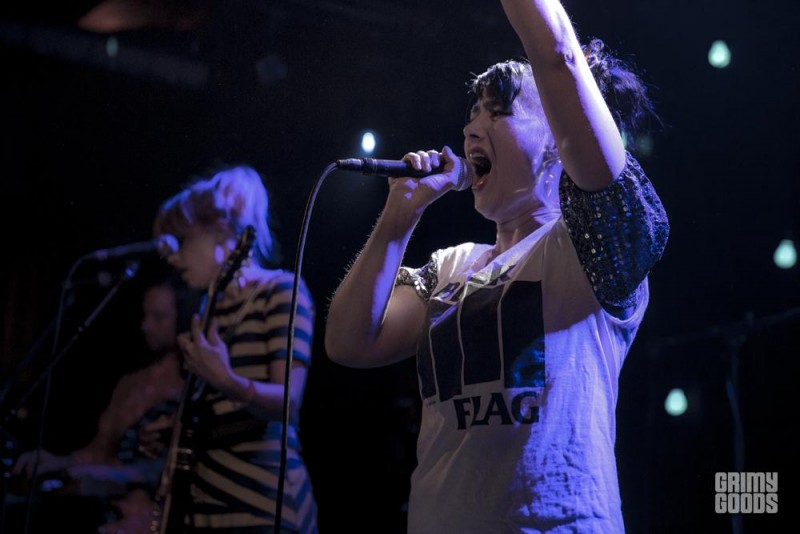 Loved and adored by many, radical Feminist punk pioneer and riot grrl original Kathleen Hanna has shared her outspoken music with listeners over the years fronting bands like Bikini Kill, The Julie Ruin, and Le Tigre. She is also an artist, zine writer and lecturer. Her life and politics are so remarkable, that she was even the subject of the documentary, The Punk Singer, which has been shown at various film festivals and screenings across the country. When we recently caught The Julie Ruin playing to a packed house at The Troubadour we overheard the following from a concert-goer “She (Hannah) puts out music that actually means something.” ‘Nuff said. 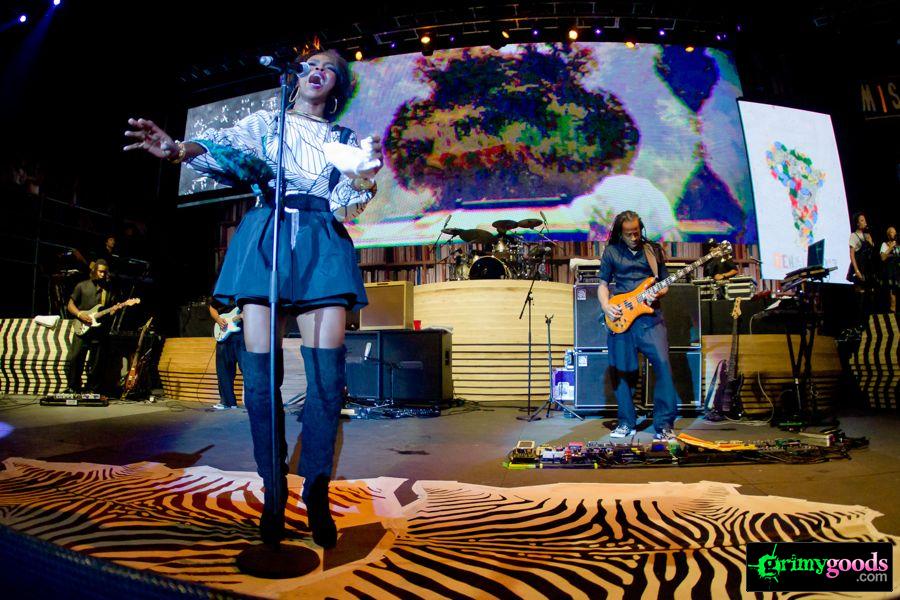 Singer-songwriter/rapper/producer Lauryn Hill was a famed member of hip-hop group The Fugees who rose to prominence in the mid-90’s with their hit album The Score. While The Fugees were special in their own right, Lauryn really made an incredibly deep impact on the music scene in 1998 when she released her solo album The Miseducation of Lauryn Hill – an album that touched upon genres from neo-soul to reggae to doo-wop and which earned her 5 Grammys and sold some 8 million copies. While fame and various personal reasons have kept her primarily out of the spotlight since then there’s no doubt that Hill’s strong voice and perspective on life, motherhood, love and relationships really drove her epic sound and made her solo album the masterpiece that it remains today. 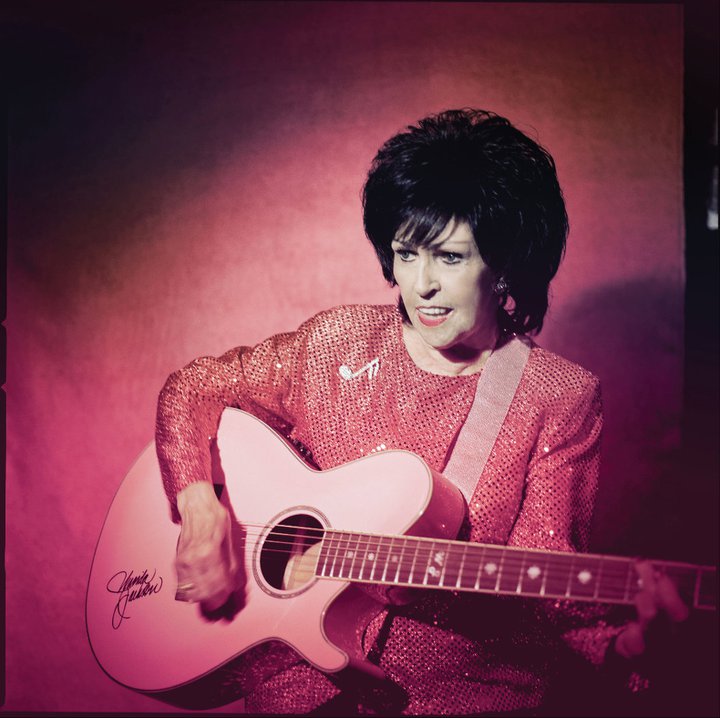 While Wanda Jackson may not have the name value and instant recognition of say a Dolly Parton, the country singer began performing in her teen years in the early 1950s and is known far and wide as the “Queen of Rockabilly.” She was also the first to add some glam to country with her stylish, home made stage outfits. However, it was her captivating voice that quickly caught the ears and hearts of many. Fans include famous tour mate Elvis Presley and high profile artists, such as Bob Dylan, Elvis Costello and Bruce Springsteen, who encouraged her induction into the Rock n’ Roll Hall of Fame in 2009. Adele, also sings her praises, “She’s like my Rockabilly Etta James. I love her, she’s so brilliant. I don’t think “Rollin’ in the Deep” would exist if it wasn’t for Wanda Jackson.” 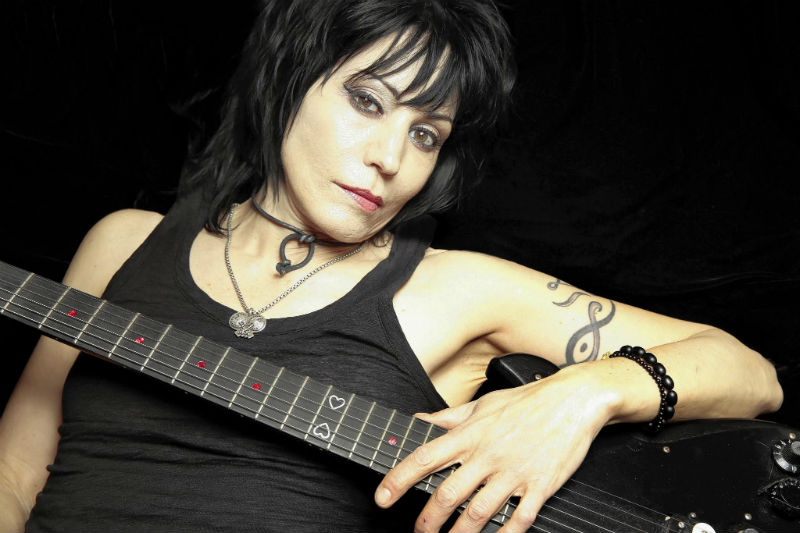 What’s badass, rock n’ roll and called Joan Jett? Joan Jett, of course! Founding member and former guitarist of the ’70s iconic, all-female rock outfit The Runaways and current front-woman/guitarist of Joan Jett & The Blackhearts, she is always serving up hot licks and heavy riffs. She is a jack of all trades and a force to be reckoned with – writing, recording, producing, running her own label Blackheart Records, and of course relentlessly touring. This year she’ll be hitting the road with Heart, followed by an extensive list of dates with The Who for their 50th Anniversary tour. Jett is also well known for her work on behalf of animal welfare causes. The “I Love Rock n’ Roll” star has proven time and time again that she is the epitome of timeless rock n’ roll, and what’s not to love about that? 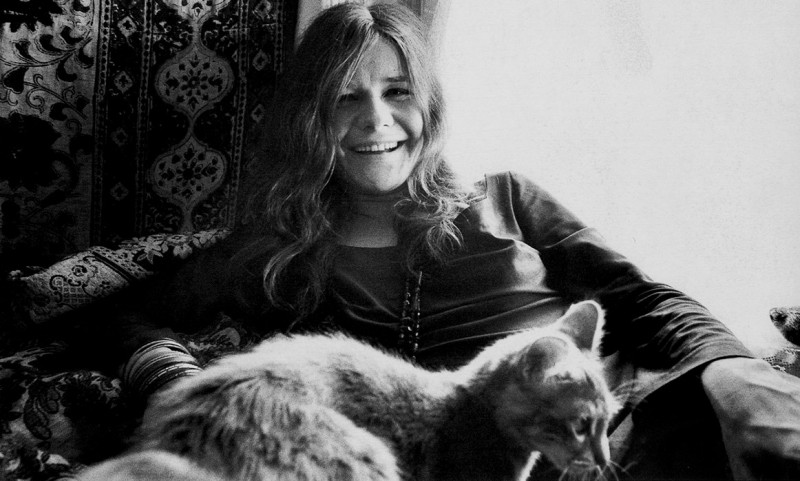 While Janis Joplin‘s story ends in tragedy, it is her cherished life and musical prowess that is often fresh in our minds and which presses deep into the souls of her faithful listeners. Her rock goddess status surely shattered stereotypes of female artists at the time, as she held her own amidst various all-male bands, most notably, Big Brother & The Holding Company. She also performed without abandon at such legendary music festivals as Monterey Pop and Woodstock. Her unique, bone-chilling bluesy wail and charisma brought something truly fresh to the burgeoning psychedelic sound of the ’60s. Little known fact about Janis, her love of the blues went beyond vocal stylings -she helped contribute financially to transform the unmarked gravesite to a proper tombstone in honor of one of her own blues icons, Bessie Smith, aka “The Empress of Blues.” 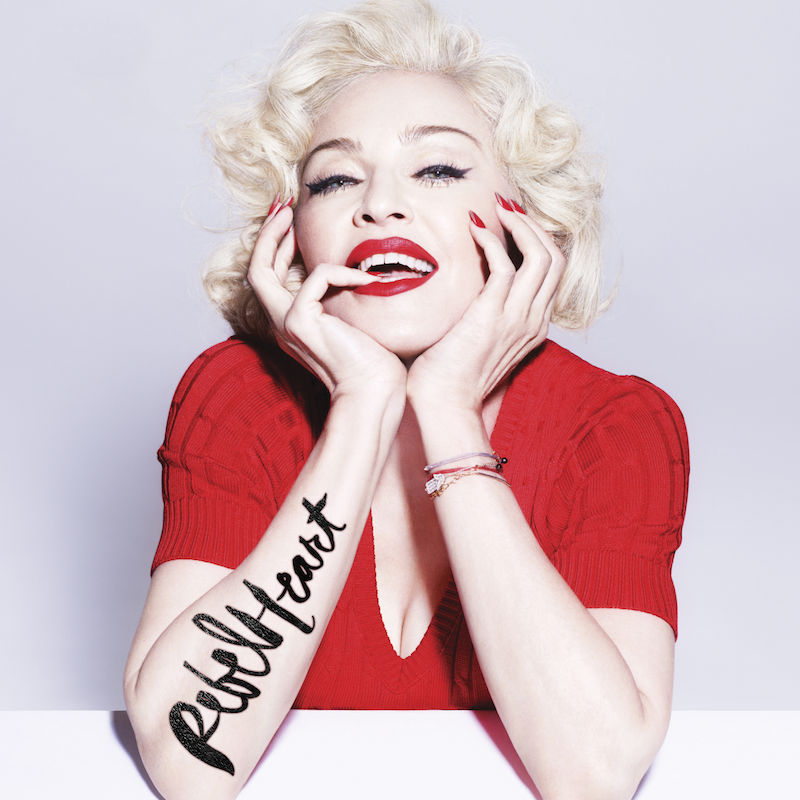 The musical juggernaut of pop stardom that we have today would be dust in the wind without the wild, flamboyant, shameless and ever-evolving performance and artistry of Madonna. There’s a reason she’s coined as “The Queen of Pop.” Her accolades are bountiful and the Guinness Book of World Records recognizes her as the best-selling female recording artist of all time – the kind of accomplishment others can only imagine in their wildest dreams. The ’80s pop icon is beloved around the world and remains a strong, cultural force due to her admirable and unrelenting passion to keep pushing the boundaries of what music and performance can or should be. Her Rebel Heart Tour is even coming to Los Angeles this October.

2 thoughts on “20 Of The Most Inspiring Women in Music”