There’s always a measured air of uncertainty whenever you go see a band or artist that’s been active for over four decades–and just so you don’t think this is an example of ageism by another millennial, this point was driven home to me by a middle-aged woman I met at a festival who went into painstaking detail about why Bono just wasn’t at the top of his game anymore. The anecdote is a rather simple one: she’d seen U2 twice, the first time was over a decade ago and the most recent was for their Joshua Tree tour stop at the Rose Bowl, and whether it was age, the outdoor acoustics, or a more obvious complex mix of factors, Bono apparently noticeably altered some vocals to remedy his inability to hit certain notes anymore. She emphasized that the concert was still phenomenal and that it was far better Bono knew his new limitations and made adjustments, rather than try to power through them disastrously, was instrumental for U2 to remain as enduring as they have been all these years.

To be fair, a lot of the heavy hitters that have been active since the late-60s and 70s still have the ability to play huge stadiums and amphitheaters and somehow still sound as good as they did decades ago. It’s always a goosebump moment for me when I see bands like the Eagles or Tom Petty and all the baby boomers around me–who saw these bands in their prime–praise them for sounding just as good, if not better. So when it came down to seeing Blondie at the Santa Barbara Bowl I was nervous but hopeful, and they did not disappoint.

After a slow start with their most recognizable hit, “One Way Or Another,” in which lead singer Debbie Harry remained relatively immobile for the song’s upbeat melody, things really took off immediately after. Wearing a long black cape with the words “Stop Fucking the Planet” emblazoned on it and a bee-themed headdress–a homage to the current bee crisis–Harry danced and waved at the crowds of drunk and cheering fans at her feet. It was a night of hits for the band, stringing together favorites like the foot-stomping anthem “Maria” and the disco-pop of “Heart of Glass.” Vocally, Harry might not have that same polished, euphonious trill at her disposal, but she embraces that minute limitation by rocking twice as hard on songs like “Atomic” and “Long Time.” Her croon is still as powerful as ever, filling the entirety of the large outdoor amphitheater with relative ease and it’s obvious that Harry has lost no confidence in her singing abilities. Ever the rock star, she refused to be a stranger to the crowd and walked up and down the edge of the stage to get as close to those outstretched arms as possible, turning her head and staring through her sunglasses at every 40-something mouthing the words back to her.

Ninety-percent of the crowd was at least over thirty, but there were also quite a few kids present who no doubt had been made fans in car rides with their parents. Ultimately it was a spectacular show–and I’d be remiss to say “in spite of” the band’s age, because that would imply in some way it hinders them. Regardless of it would be more appropriate, because there’s really no evidence after their performance that the band shows any sign of slowing down. After the losses we’ve suffered in losing great artists in recent years, for every one taken from us, there seems to be another like Blondie fearlessly wading back into the fray–and for it we should endlessly thankful.

Unfortunately we weren’t able to catch Garbage, but judging from the crowd it was obvious that Shirley Manson and company had put on a wild show for fans. Their take-no-prisoners approach to live shows has always been apparent and their brash rock was no doubt right at home as an opening act to Blondie. 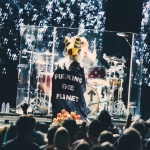 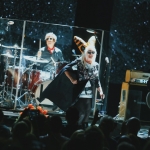 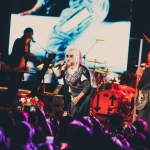 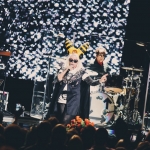 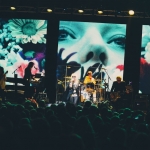 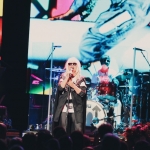 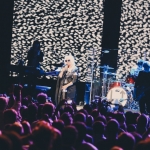 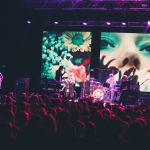 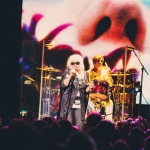 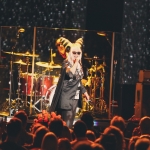 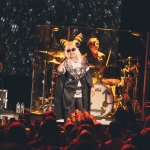 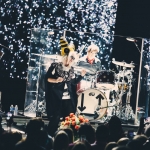