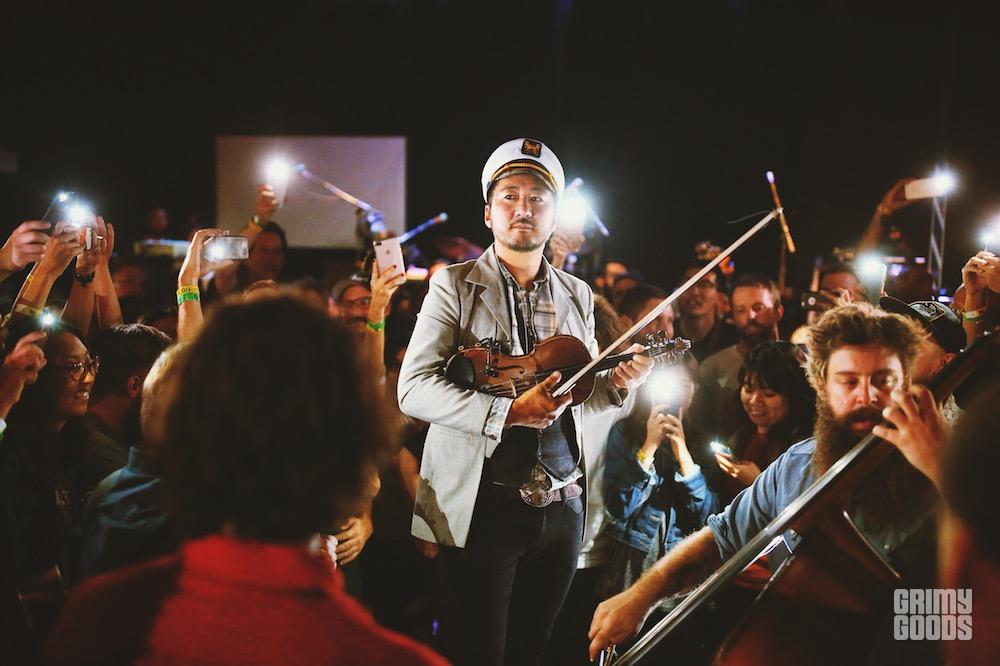 Kishi Bashi, the stage name of singer/songwriter Kaoru Ishibashi, is one of the many multi-instrumentalists who’ve been floating around behind the scenes over the past decade that’s emerged in recent years as a solo artist with his own band. A founding member of indie-rock darlings Jupiter One, Ishibashi has also toured as a violinist for the likes of Regina Spektor and Of Montreal but it is his recent solo ventures that have allowed his talents to truly blossom. With the release of his third studio album Sonderlust last year, Ishibashi has cultivated a niche for himself and his band that pushes the boundaries of baroque-pop as well as the predominant use of the violin in his songs.

Making their first-ever stop at the Constellation Room in Santa Ana as part of a tour in support of the album, the night also placed a spotlight upon an upcoming documentary Ishibashi will be directing and scoring focused on the internment of Japanese-American citizens during World War II. A three-minute raw cut preview of the documentary was played at the start of his set, picturing the singer/songwriter visiting a number of internment camps across the United States and speaking with relatives of those held there over fifty years ago. Ishibashi later explained during his set that one of his goals in filming was to create improvised violin pieces while at these locations and then using those songs as the score, even teasing the possibility of returning with a tour of the movie that would feature him playing the score live. Ambitious and humble to boot, the documentary was only a small part of the night’s proceedings as Ishibashi and his band gave the crowd a mix of favorites from Sonderlust and his previous two albums. 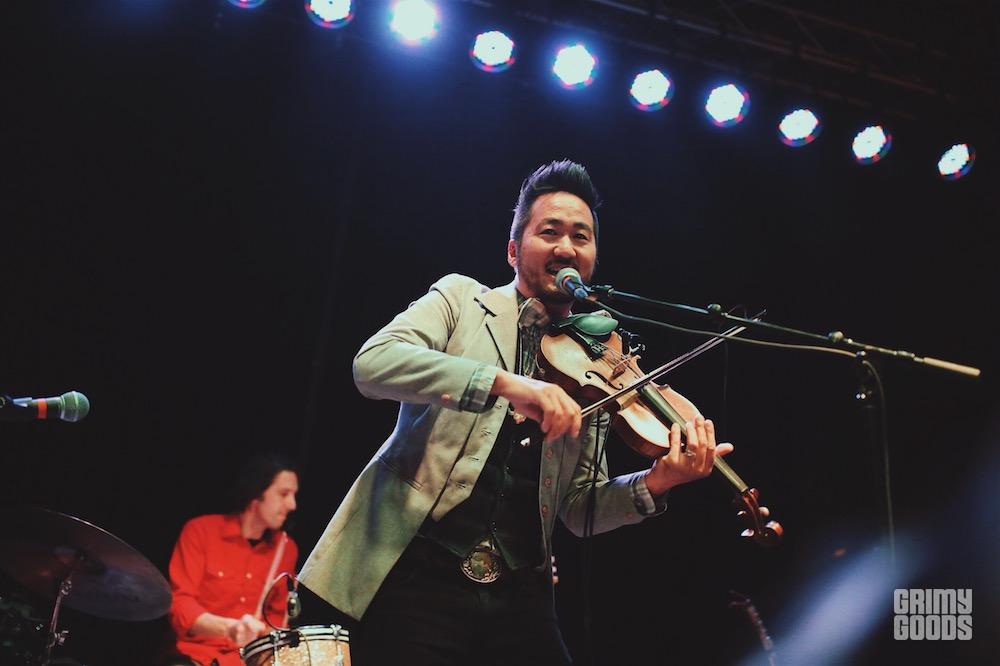 For those seeing him perform for the first time (and even those who’ve before), the night was filled with moments that just left you in awe either due to the unconventional talents of the performers. You leave a Kishi Bashi show having had your mouth drop a few times, the most common being directed at his ability to pull from his strings such unfiltered and translatable emotions. On many of the crowd favorites, from “Bright Whites” to “Philosophize in It! Chemicalize with It!,” Ishibashi layered violin melody over violin melody in real-time to create the lush backings of his pieces. After doing an improvised piece for his documentary he then gave the crowd a heart-fluttering solo of, “I Am the Antichrist to You.” While his Sonderlust pieces feature a much less heavy-handed use of the violin and a greater use of synths, there’s no lapse in momentum between Ishibashi’s discography. On “Hey Big Star,” Ishibashi dazzled on keyboards alongside explosions of gorgeous synths as his high-pitch croons cut into the atmosphere, while on the driving, sci-fi-esque meanderings of “Ode to My Next Life” his experimentalism for rich melodies reached its mesmerizing peak. The winding disco tastes of, “Say Yeah” and “Can’t Let Go, Juno,” were impossible not to dance and sway to, with Ishibashi’s soothing vocals and string manipulation cinematic breadth leaving you feeling emotionally overwhelmed.

After an explosive finale with, “The Ballad of Mr. Steak,” which thankfully featured a return of the titular Mr. Steak in costume on stage, Ishibashi gave the crowd an encore which he and his bandmates performed acoustically from the middle of the room. At his most intimate, Ishibashi and company sang the closing of their show under the glow of phone flashlights, toting an upright bass, guitar, and violin and looking more like a folk-band than an avant-garde rock act. 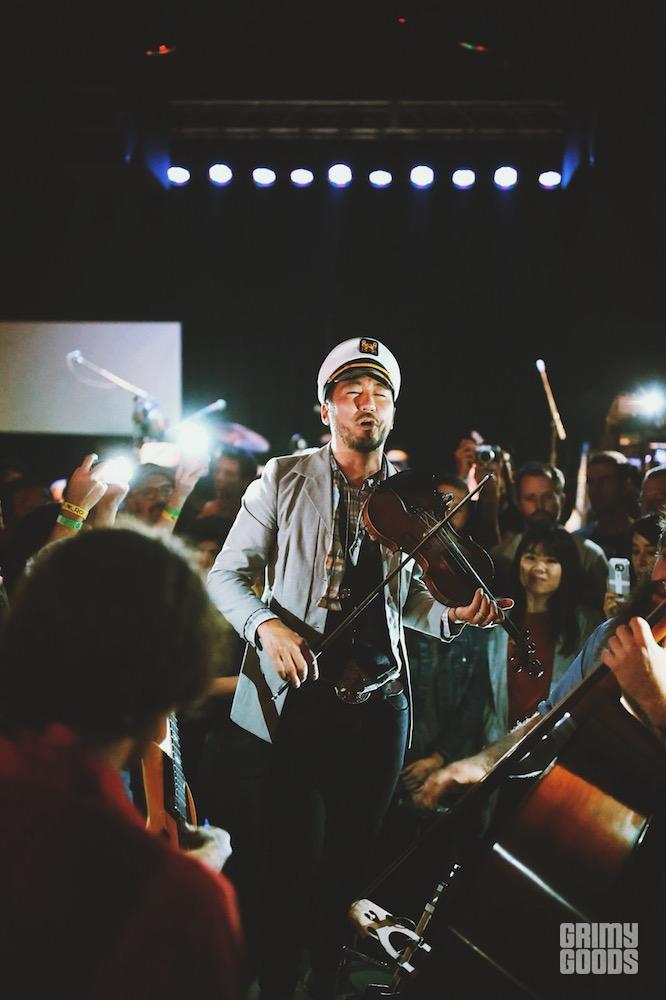 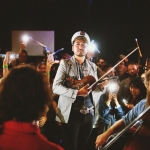 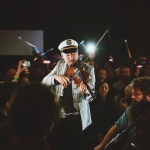 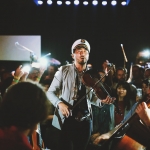 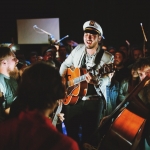 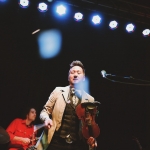 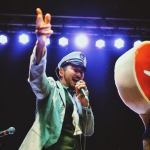 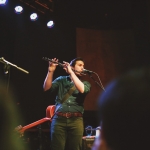 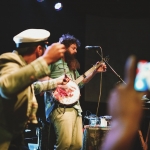 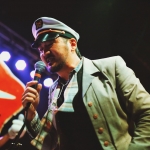 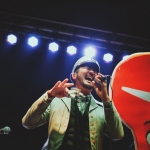 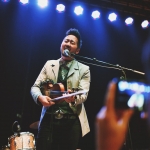 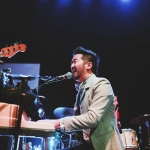 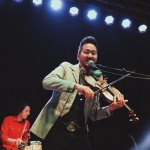 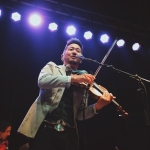