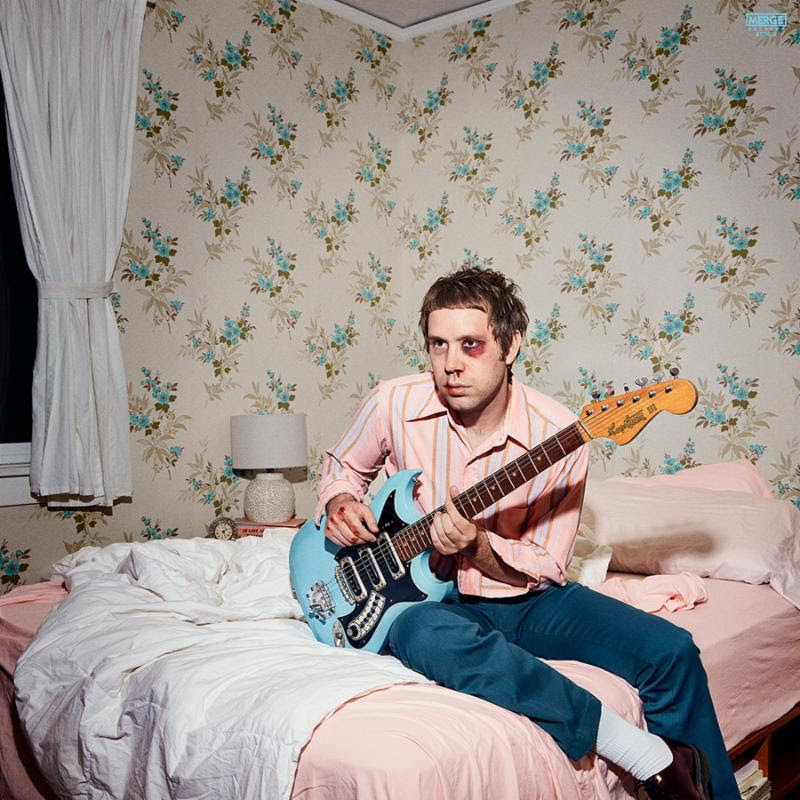 There is something about being from Milwaukee. Whether it’s the midwestern work ethic or knowing you are on your own as far as any creative pursuits. When you meet a Milwaukeean in a creative field you can bet they had nothing handed to them. Mike Krol is no exception, except… he is.

Krol’s path to his record deal with Merge Records is unlike most musicians you might know trying to make it. He didn’t cut his teeth on playing basement shows or empty tours through Ohio or experience band break-up after band break-up looking for the perfect match. Krol decided he was more interested in focusing on his songwriting and song craft, and on creating a perfect record from the recording to the packaging. Krol thought that if he made the best possible product and got it into the hands of the right people through great word-of-mouth; he thought that’s how he’d break into the industry. For Mike Krol, that ideology worked.

Mike Krol’s first two albums were produced by himself with a friend. Until recently Krol has maintained complete control over every inch of his product something he is learning to let go of now that he has had some success. He laughs saying someone at Merge Records sent him a picture of a man wearing many hats and wrote  “That’s you!” Krol says he’s taking it as a compliment although he’s not sure if it was intended that way or not. He’s constantly checking stores to make sure things are in stock, doing his own ads, being the point person for events, making the artwork and art-directing videos. Krol has a background in design, something he says he is fortunate to have to fall back on. His midwest practicality keeps him painfully aware that the music industry is not only fickle but also also really hard to make money in these days.

“Even with a record deal and touring a lot, it’s just hard out there right now just the way the industry is,” shares Krol. I’m constantly working and trying to prove myself time-and-time again. I’m always worried that everything is going to dry up … I’m calling you now as I’m leaving my full-time job. I have one day off before I leave for two months on tour.”

Krol says he has always been that way, “constantly working and scrambling and trying — especially living in this city.” He reflects on how lucky he is to have made it out here [Los Angeles].

“I don’t take anything for granted. It would be easier to live in Milwaukee but I want to live here in Los Angeles I want to succeed out here and I am going to work twice as hard to make it happen because I was given the chance.”

It’s Krol’s attention-to-detail that makes him someone to pay attention to; something he is now slowly learning to trust other people’s help with. For his third albumTurkey, Krol went into the studio with Beau Sorenson, known for his work with the likes of Death Cab for Cutie and Bob Mould. Also from Wisconsin, Mike knew Sorenson because he had worked with friend and fellow Wisconsinite Chris Vos of The Record Company, as well as Mike’s brother Justin Krol. Even still, Mike Krol says he was still involved a lot with the recording and mixing. With Krol’s new album Power Chords, we see Krol loosening the reins.

“This one [Power Chords] was the first time where I had my friend mix it and although I was there I tried to let go and I worked with producer Mike McCarthy who recorded the basic tracks in Nashville and I put my faith in him,” shares Krol. “I’ve been trying to ease off. It’s been good for me. I need to start relying on other people and trusting professionals”

Another Milwaukee native Krol has brought on is filmmaker Sam Macon who shot the first music video for the new release “What’s the Rhythm.” Mike says, “I was trusting his vision, in the past I have been involved in directing and nitpicking everything apart.”

Mike Krol kicks off his North American tour at the Bootleg Theater on Saturday night  (Feb. 16) where you will likely find him working his own merch table. Considering he’s a designer who has worked with people like St. Vincent — you really should swing by his merch.

“It’s hard to be a rockstar when you have to sell your own merch too ya know.” ~ Mike Krol