It’s crazy how much can change in 2-3 years. Since becoming pregnant in 2016, and now a first-time mama with a 19-month old toddler — a lot has changed for me.  Last night’s Ladytron show at the Fonda Theatre proved to me that although time passes, it doesn’t matter how long you’ve been ‘out of the game’ — when it’s something you love, you can jump right back in as though it were yesterday.

As Ladytron jumped into their first North American performance in seven years, the room was comfortably packed for this rare occasion. Ladytron had already sold-out their first booked gig at the Fonda (which goes off tonight), and last night’s fans were thankful for the second occasion. The crowd was clad in black. There was a group of four men in front of me feeling the vibes and definitely adding to the uber-cool ambiance of the room. One man reminded me of a young Freddie Mercury, while the other wearing a leather bolero had an intoxicating confidence. I knew I was in the right place.

As the suspenseful electro-clash of drum and synths from “Black Cat” opened the show, the 2008 cut set the badass tone for the evening. We all willingly entered the black church of Ladytron as Mira Aroyo summoned us in her native Bulgarian. Her chant was mesmerizing and so were the audio visuals. As promised, Ladytron delivered a brand new AV, and girl, did it make their performance all the more robust. Which by the way, thank you Ladytron. In 2011 when Grimy Goods covered Ladytron’s Los Angeles gig at the Wiltern, our guest writer DJ Spheric, made quite the constructive commentary in regards to their visual media:

“Despite the great collection of songs they played and their wonderful presence, I wanted Ladytron to step it up to the next level of performance. The show had their token lasers and lights to set the mood for each of the songs but there is a common theme that is missing with acts in this genre of music, and that is the absence of visual media to maximize the experience. I wished they synced their music videos or created a custom visual art installation to push the viewer’s / listener’s experience to another level …”

Ask and you shall receive. Ladytron’s new audio visual was everything we asked for and more. From the layered geometric shapes that synched with every strobe flash and beat, to the striking dystopian cover art of their new album, Ladytron’s performance was as visually captivating as it was aurally. It breathed a new kind of emotion into our senses and left us with kaleidoscope vision.

Performing fan favorites such as “Ghosts” and Discotraxx” — we all danced, and some of us even vogued to the throbbing nostalgia of Ladytron. New songs such as “The Island,” “The Animals” and “Deadzone” were well-received, but nothing compared to the thrill of hearing Ladytron’s final three — “Playgirl,” “Seventeen” and “Destroy Everything You Touch.” The feels of these songs took me back to my rave days. In fact, I ran into an old high school friend that I used to attend raves with in the late 90s. I will say, however, “Fighting In Built Up Areas” was just the dose of EBM I needed. Me and the dude behind me were almost dancing in synch to the track’s pulsating rhythm. I guess we both needed a release.

Last night, Ladytron picked up right where they left us in 2011. Gravity the Seducer was a beautiful album, and now Ladytron’s riveting new work has made their hiatus all but a quick jaunt. And even though I am a new woman, a mother who now can’t make it to every (personally) desired show — I too feel as though I picked up where I left off. 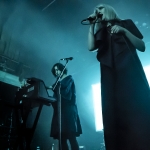 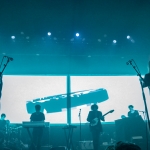 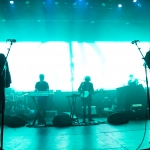 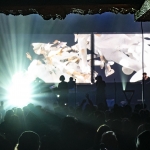 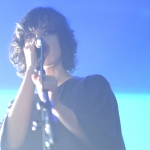 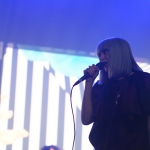 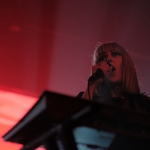 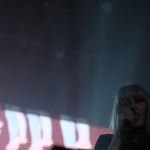 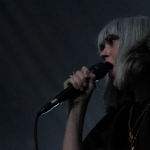 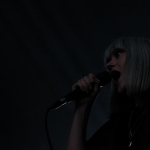 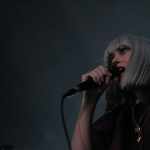 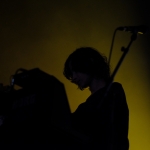 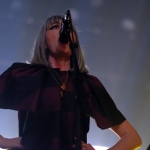 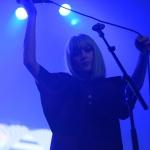