Emotions ran free down at the El Rey Theatre in Los Angeles for two of the past year’s most popular female-fronted bands: Hop Along and Soccer Mommy. The co-headline gig is part of Goldenvoice’s anticipated slew of Coachella side shows in-and-around L.A.

The excitement for the two headliners was high as fellow Coachella act, Las Robertas warmed up the stage. The Costa Rican three-piece killed it with their classic psychedelic, garage-rock sound. Front- women, Mercedes Oller shreds guitar as, Sonia Carmona slaps the bass. The whole package is a nonstop flurry of rock sounds and accompanying vocals that truly entertained the incoming crowd.

Next up were Soccer Mommy. The project is that of 21-year-old Sophie Allison. The Nashville-based singer-songwriter has wowed listeners since her first two EP’s For Young Hearts and Collection which were only gateways into her debut record Clean, which released last spring via Fat Possum Records.

It was hard to take our eyes off Soccer Mommy! She resembled a cosmic Spice Girl with her hair in Baby Spice-esque pig tails and some sparkly double sole platform sneakers on her feet! Singing about various emotions involved with growth, change, infatuation and everything in between, Allison has this way of being super relatable to her audience.

Soccer Mommy’s set covered all fan favorites such as “Your Dog”, “Flaw”, and “Scorpio Rising”. The band also played two new songs! The first is called “Lucy” and was extremely catchy.

Sophie also took the time to play a few songs without her band. She immediately performed her stunning cover of Bruce Springsteen’s “I’m On Fire”, and then into the second new song called “Night Swimming”. Both new songs were recorded in Nashville just a few weeks ago, so hopefully we get some new releases soon!

Following Soccer Mommy was Hop Along. The Philadelphia indie rockers had quite the turnout! Front-woman, Frances Quinlan has one of the most distinct voices out there! From gentle whispers to gritty howling, she really captures your attention. Hop Along released their third record, Bark Your Head Off, Dog a year ago which was self-produced via Saddle Creek Records.

Hop Along are truly at the top of their game since they just continue to create spacious sounds that captivate listeners alongside Frances’s unique songcraft.

Frances led the night’s grand event while I just so happened to be standing next to Phoebe Bridgers and Conor Oberst of Better Oblivion Community Center. There’s not much equivalent to enjoying good music around other talented musicians that are there just to enjoy the show as well!

If you’re headed to Coachella, be sure to catch Hop Along, Soccer Mommy and Las Robertas! 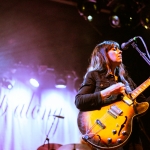 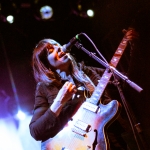 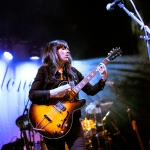 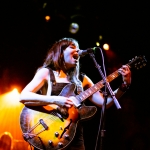 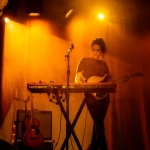 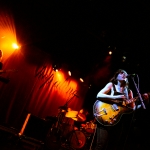 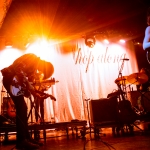 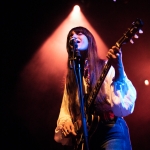 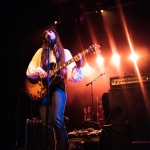 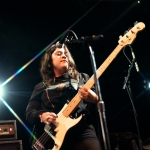 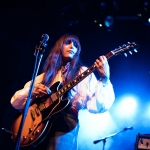 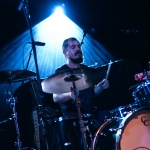 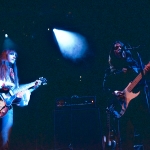 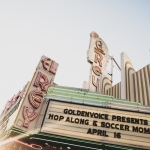 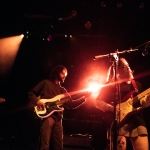 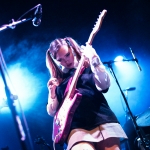 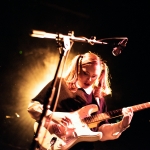 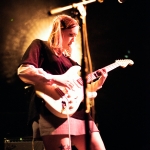 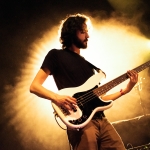 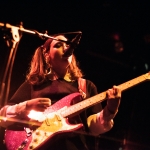