This past Tuesday was legendary! Hozier finally got the chance to perform at Hollywood Forever after literally being blown out by winds.

This past April Hozier was scheduled to perform a sold-out show at the Hollywood Forever Cemetery. It was a beautiful but windy day and when I picked up photo-pass the list blew out of the lady’s hands. Dust and LA street grime was kicking up and by the time Jade Bird took the stage to open, the stage was lightly swaying. The wind continued to rise and by the time Jade Bird was finished performing, the stage had gone from swaying to swinging and the fire marshal shut down the event.

To Hozier’s credit, the show was rescheduled within 24hours.

Thankfully there was no wind on Tuesday. Nature delivered a wonderful day and sprits were high as people arrived.

Bailen, a sibling trio from NY, opened the show with their smooth melodies. They had a sweet vibe and exceptional musical talent.

This sold out crowd was READY for Hozier. When they killed the stage lights and the seven band members made their way on stage the crowed lost it. Hozier took to stage to screams of adoration. He started the show off with powerhouse rock songs like “Nina Cried Power.”

It was such a joy to watch these songs come to life. The band was full of energy and together they added such a wonderful facet to the live performance. The guitarists were very active and used big gestures to get the crowed into the call and responses. My favorite was the synth player who’s funky notes stood out in the best way.

After playing three or four power songs, Hozier changed gears into the slower, crooning songs. I was so impressed with this man’s musical skill. Every song he was on a different guitar. He worked the crowed, sung beautifully in different styles, and played different guitar bodies. The cheers from the fans told me I wasn’t the only one noticing this.

The most notable and heart wrenching song for me was “Almost (sweet music)”. There is such vivid imagery and pain in this song and to hear it live brought tears to my eyes.

The show closed strong on “Take Me To Church” with everyone in attendance belting along. For encore Hozier performed “Cherry Wine” and sent shivers down my spine.

Words and photos by John Furth 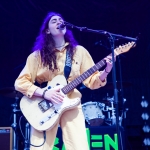 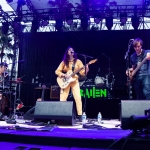 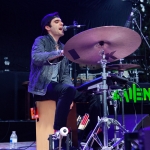 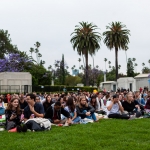 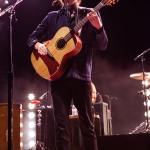 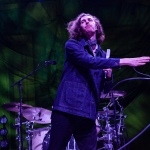 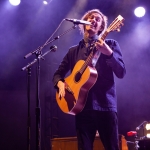 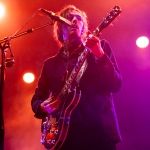 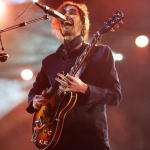 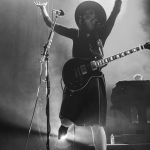 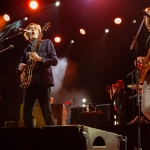 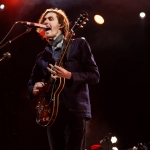 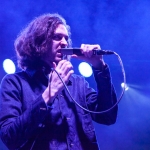 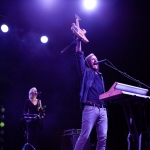