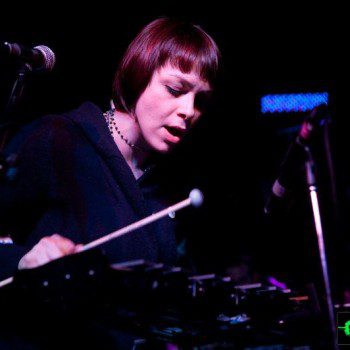 It seems like it was only yesterday when we witnessed New York’s Freelance Whales make their Echo debut back in 2009 as they opened up for Fanfarlo. These kids have come a long way and are ready to grace the stage of the El Rey as the HEADLINER on Tuesday, Oct. 16. Opening up for […] 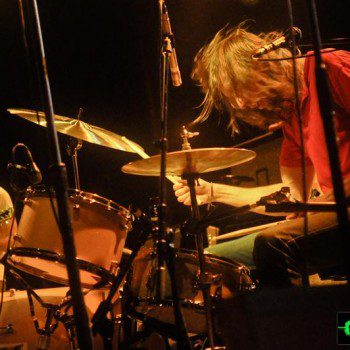 We love seeing talented hot boys with music instruments.  Direct from Portland, multi-instrumentalist, Menomena swung back and fourth between guitars, winds and so much more that we couldn’t be more stoked by their great performance at the El Rey theatre. Not to mention, they are good looking too.  Their new album was just released so you will […] 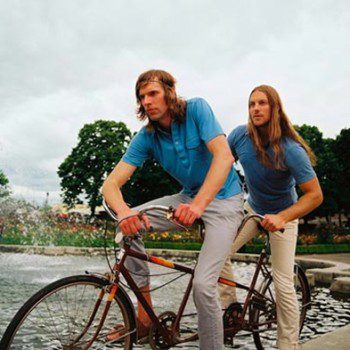 Check out indie rock band Menomena at the El Rey this Thursday, September 27.  The duo from Portland, Oregon put on a complex performance, switching off numerous instruments between sets to create a dense sound without the support of backing tracks. They kick off their tour to support their most recent album Moms. Along them […] 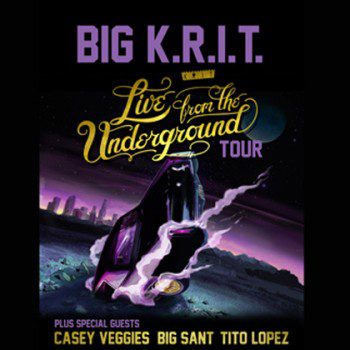 Hailing from Meridian, Mississippi, Big K.R.I.T. (born Justin Scott) is climbing the hip-hop scene like a blazing fire! At just 24 years-old, Big K.R.I.T. possesses the musical intuition of an old soul. It is rare to find an artist who has both age and wisdom on his side, which is something not scene in young hip-hop […] 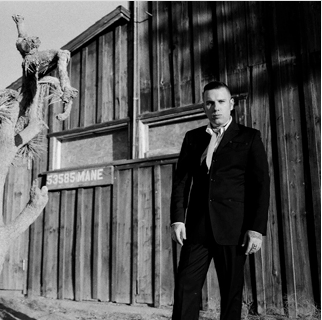 Best known as the singer, songwriter and guitarist for the rockabilly/ psychobilly band, Tiger Army — Nick 13 is making his way to the El Rey Theatre on Friday, July 20. Bringing forth his own Americana/country tunes as a solo act, Nick 13 will be supported by opening act Triple Chicken Foot. Tickets to their all-ages […] 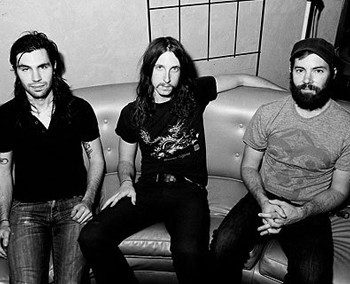 Contest: Win Tickets to Russian Circles with Chelsea Wolfe, And So I Watch You From Afar and DEAFHEAVEN at the El Rey Theatre – June 29, 2012

It’s literally going to be a night filled with non-stop awesome music as Russian Circles headline the El Rey Theatre and will be joined by the likes of Chelsea Wolfe, And So I Watch You From Afar and DEAFHEAVEN on Friday, June 29, 2012. You’ll be shimmering away to all the great tunes from some of the […] 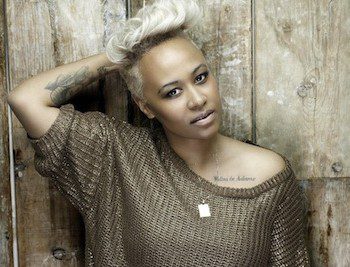 Scottish soul and R&B singer/songwriter, Emeli Sandé is headlining the El Rey this Friday, June 1. The edgy songstress has vocals like heaven and a dope style that truly makes her stand out above other enchanting songbirds. Would you like to see Emeli perform? We’re giving away tickets to her show! This is an […] 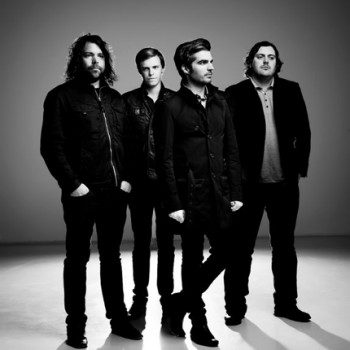 Contest: Win Tickets to The Boxer Rebellion at the El Rey Theatre (May 18, 2012)

UK-based alt-rockers The Boxer Rebellion will play the El Rey Theatre this Friday, May 18, 2012 and, boy, do they deliver one hell of a show! They have built quite the fearsome live reputation, thanks to their breathtaking musicianship and the evocative vocals of singer Nathan Nicholson. Joining them will be Canon Blue and DJ Bryan Davidson. Tickets to […] 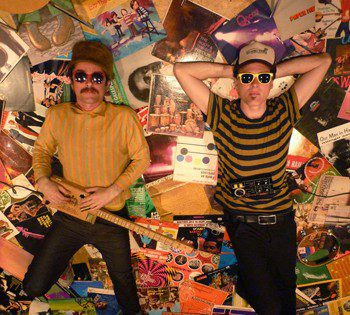 It’s going to be a night filled with a fusion of amazing music courtesy of The Pinker Tones, whose music is an explosive cocktail mixing pop, funk, soul, bossa, break beat, swing, lounge, and psychedelia. Their songs feature Spanish, French, English, and German lyrics. As the brainchild of Barcelona natives Mister Furia and Professor Manso, The […] 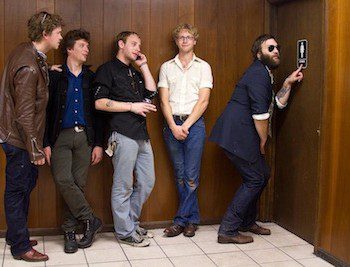 Contest: Win Tickets to Deer Tick with Turbo Fruits at the El Rey Theatre – May 5, 2012

Spend your Cinco de Mayo rocking out to the sweet tunes of Deer Tick with Turbo Fruits at the El Rey Theatre this Saturday, May 5, 2012. Tickets to the show are $20, doors at 8 p.m. and this show is all ages.  Thanks to our friends at Goldenvoice we have some tickets to give away!  Enter the contest below for […] 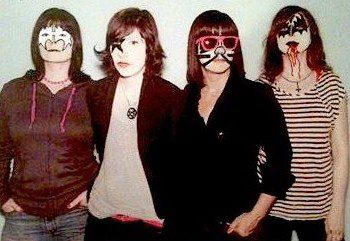 More Coachella bands playing this week in Los Angeles! Win tickets to Wild Flag with First Aid Kit and EMA at the El Rey on Thursday, April 19! This show is all ages with tickets at $25 via Ticketmaster. Thanks to our friends at Goldenvoice we have some tickets to give away. Enter the contest […]

Get ready to experience the sounds of Mardi Gras as Galactic takes over the El Rey Theatre on Thursday, March 29, 2012. They’ll be drawing on their talent, energy and funkiness to deploy their musical party! They’ll be playing jams from their Carnivale Electricos album and have enlisted the help of numerous other amazing artists, […]

The White Rabbits are on their third studio album, Milk Famous, and now they’re ready to give Angelenos a taste of their new stuff live when they play at the El Rey Theatre on Wednesday, March 28. The Brooklyn-based band combines Midwestern roots with their eclectic musical backgrounds to produce what can only be […]

Hailing from Italy, Jovanotti will be gracing Angelenos with his unique artistry that delivers lyrics in a half-sung, half-spoken style. The Tuscan singer and songwriter Lorenzo Cherubini (professionally known as Jovanotti) has been an international superstar since the 80s, starting out as a DJ and slowly evolving into the mesmerizing artist he is now. He’s […]

Hailing from Santa Barbara, Lagwagon will be journeying south to the El Rey Theater on Sunday, March 11 to provide fans with loads of their catchy and infectious punk sound. Rock out to the quintet’s massive punk beats and score your tickets for $20 for the all ages show. To get the show started, Cobra […]

Get ready to fill your ears with the reggae sounds from Groundation. This Northern Cali band will be making their way south and touching down upon the El Rey Saturday, Feb. 11, 2012 for their 12th annual “Bob Marley Tribute Tour” with The Lions opening everything up. Reggae at heart, expect to hear some jazz […] 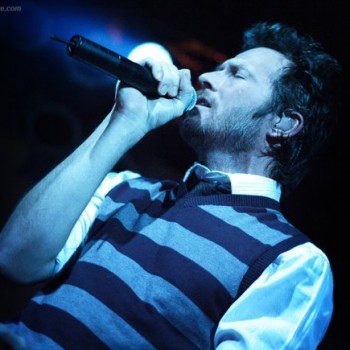 Photo: DianaPrice.com Scott Weiland (the Stone Temple Pilots bad boy) is coming to the El Rey Theatre on Wednesday, Dec. 7. I wonder if he’ll be playing any songs from his latest release, The Most Wonderful Time of the Year — it features his versions of traditional Christmas songs. Hmmm, that would be kinda funny … perhaps he’ll play […] 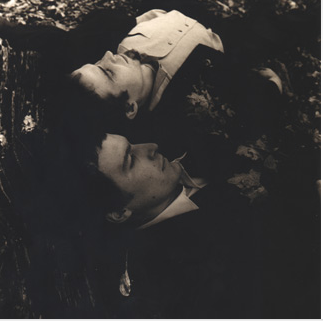 London-based British electronic music duo, Plaid (Andy Turner and Ed Handley) will be heating up the El Rey this Saturday, Nov. 26. Opening up for Plaid will be John Tejada. Tickets to the show are $19 + service fees but we have a couple pairs up for grabs. Doors are at 8pm, show starts at […]

More
Sandra B. Olinger |
Contest: Win Tickets to People Under the Stairs at the El Rey Theatre (Nov. 19, 2011)

L.A.-based hip-hop duo People Under the Stairs have been making dope beats and busting clean rhymes since their first LP in 1998 and now they’re touring in support of their latest release Highlighters. Thes One and Double K will be doing it big in their hometown, so expect a bangin’ show that includes the likes […] 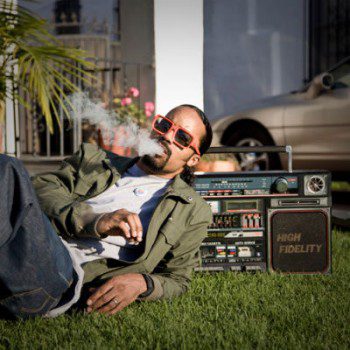 Dam-Funk & Master Blazter hit the El Rey stage on Thursday, Nov. 3.  Dam-Funk aka the “Ambassador of Boogie Funk” lives up to his name as he brings nothing but fierce synth driven, intergalactic tunes that just might send you to the moon and back.  Space boots not included.  DJ Harvey, Inc., Polyester The Saint […]