When the opportunity comes to see The National under the stars you take it. Saturday evening was our shot. Following a two-night stint at the Hollywood Palladium, Matt Berninger and crew took their show to the beautiful Santa Barbara Bowl. Nestled between a hilltop and a quaint neighborhood, the unique, winery-esque venue has you instantly feeling good.

Along for a few shows on tour was Phoebe Bridgers. We’ve caught her many times now and it’s still never too much. She’s so great! With her debut record Stranger In The Alps celebrating its one year release, the set seemed that much more special. The beautiful backdrop displaying the album’s cover photo filled the stage and Bridgers and her band stood in front with their usual string light wrapped mic stands. With all of the foliage and houses on the hill surrounding the venue, it couldn’t have been a prettier scene.

Bridgers performed classics off her wildly acclaimed record such as “Scott St.” and “Georgia” which are so delicate yet lyrically captivating. Also performing the most upbeat of all her songs, “Motion Sickness,” Phoebe had the crowd hooked. Bridgers was without a doubt the perfect fit to open for The National that’s for sure.

Once her set inevitably came to an end, the production team began the final touches to the stage in preparation for the main event. A sort of countdown appeared on the visual prompter, indicating everyone to stand by. Then the band members appeared in real time walking towards the stage. The crowd went crazy as the stage lights went haywire as The National made their way on stage. Frontman, Matt Berninger didn’t waste any time and used the steps directly placed in front of center stage to get up close and personal and shake the hands of many diehard fans that were in the front few rows of the pit. The energy and adrenaline already hit a high when the band began playing the notes to the recognizable song “Nobody Else Will Be There,” off their latest record Sleep Well Beast. The Grammy-Award winning album is the seventh for The National and shows listeners no sign of tiredness.

The smoke-filled stage set the scene for the rest of the lengthy 22-song set. It didn’t take much time at all for Matt to get his hip-swaying off and running and the crowd participation intensified quickly when Berninger made himself comfortable right over this young man standing front and center. Appearing to be a very big National fan, this man got an experience he won’t ever forget as he and Berninger, head to head, screamed the lyrics of the hit “The System Only Dreams in Total Darkness” together.

The National took control of the night with more of their wildly admired discography. They also took a moment to invite Phoebe Bridgers back on stage to duet their somber song, “Sorrow”. It was just beautiful. After maybe eight songs in, that’s when I’d say Berninger’s drunk banter hit its finest moments. He’d so nonchalantly stroll the wide stage with an intriguingly strong intent, climbing over various amps placed throughout the stage. At one point he proceeded to casually pick up an amp and hold it above his head as though it were a trophy, and exclaimed how he had his “Cusack moment,” referring to the John Cusack 80’s classic Say Anything. Berninger also held a long bit over just trying to tuck in his dress shirt. He had just introduced the other members of the band, as if they needed introducing, and mentioning how two of them currently reside in France and know a bit more than he does on French street style. The one-sided conversation carried while Matt then referred to his action as a “French tuck”. The hysterics just didn’t stop.

The other bandmates made comments from time to time joking about the silly, unpredictable banter. Nobody in the Bowl was complaining, that’s for sure. The National continued their phenomenal show, with even more in store. During another song off the latest record, “Day I Die,” Berninger hopped down and into the standing crowd. The crowd obviously parted a way for him as he fiercely roamed through, ultimately being lifted up by his feet to sing a bit more intimately with the audience, now tall as ever. Though the energy was now at another high, Berninger joined the band back on stage and brought it down a bit for the, and I quote, “super fun song about death” song “Carin at the Liquor Store,” which only followed by another sad song, “England” off their fifth record High Violet. I think the thing with a National show is the obvious connection shared between frontman and audience. Berninger is one of the best there is for live performance.

The night’s set did eventually come to its’ inevitable end with the fourth encore. The music to “Vanderlyle Crybaby Geeks” began and the entire song was played acoustically and sung by the audience, with Matt of course leaning into them. I happened to see this all go down from further back in the venue and it was very emotional. There was not a single person not singing along to the haunting yet catchy melody which brought the show to a closing. Saturday’s show was absolutely one to remember for many moons to come. 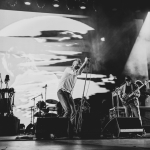 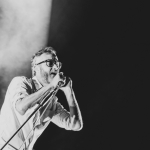 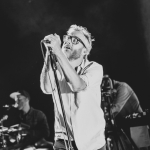 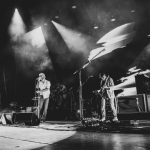 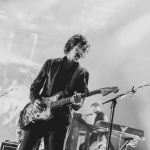 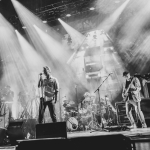 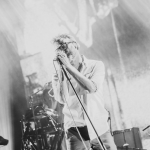 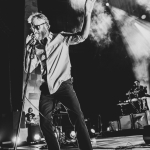 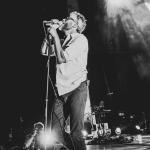 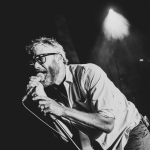 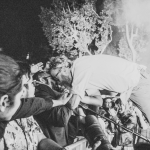 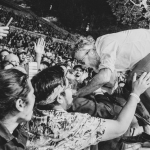 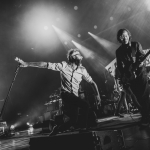 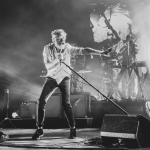 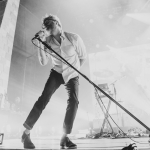 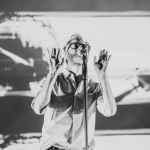 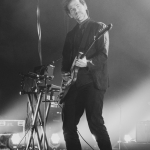 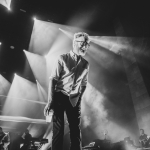 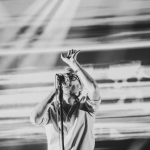 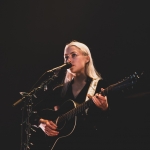