Holy shit. Saturday night had it going on at the Hollywood Palladium. Indie rockers, Local Natives made their final stop along their “Spiral Choir Tour” in support of their successful fourth record Violet Street. Released in April – the new music has left us even more enamored by the five-piece than before.

Local Natives tour is supported by rising indie stars, Middle Kids. The Australian trio is comprised of Hannah Joy on lead vocals and guitar, Tim Fitz on bass guitar and vocals, and Harry Day on drums. Instantly the band got the crowd nice and warmed up with their easily-catchy melodies and anthemic sounds. They released their debut record Lost Friends last May and since have received generous feedback. Their music is just the right combination of rough and poppy.

Shortly after the opening act it was time for the main event. The house lights dimmed and the 0:46 track “Munich II” played over the speakers, only adding to the anticipation for the guys to make their way on stage.

Wildly welcomed, Local Natives graciously took places and frontman, Taylor Rice began the prep for the harmonic insanity we were about to experience. Once keyboardist Kelcey Ayer and guitarist/keyboardist Ryan Hahn joined in, we knew that was it for us.

The delicate song ended and the sold out house went NUTS as the drumming pattern for “Sun Hands” began. The band/fan favorite is off the group’s first album Gorilla Manor. On past tours the song has been the expected encore when Rice continuously crowd surfs and the unity between fans and their band truly ensues. With that said you can imagine the absolute wild energy that occurred during only the second song of the night.

Back in April I caught the band’s in-store performance at Amoeba Records and in between doing the damn thing, Rice addressed the crowd and thanked them on welcoming their newest release since 2016’s Sunlit Youth. He acknowledged the fact they usually perform their LA shows early on or at least toward the start of their supporting tours, when in fact this time they chose to end their 6-week tour here with us at the Palladium.

As expected, Rice put his guitar down and started inching toward the crowd. Local Natives shows have always had that feeling of connection between the band and the fans, but tonight was something to write home about.

The fandom was unreal. If you’ve been to the Palladium then you know what a sold-out show looks like there. It is absolute madness. Rice sang into the mic as he was being passed around, floating over the crowd. Once back on stage, Rice rejoined his bandmates and the attention shifted over to keyboardist, Kelcey Ayer. After an extended musical intro, the music stopped just for Ayer’s vocals to power off in “You & I”. Off the band’s sophomore effort, Hummingbird, “You & I” has become a favorite of the band. With the lyrics, “When did your love go cold?,” the band harmonizes once again and sends us into a spiral. (Spiral Choir Tour? See what I did there?)

The show continued with new faves off their latest record as well as more of those fan favorites. Before performing the politically-charged anthem “Fountain of Youth”, Rice addressed the crowd again to thank us for joining them as each ticket sold provided $1 toward Peace Over Violence via Plus 1 which allows the band to help raise money and work towards building healthy relationships, families and communities, free from sexual, domestic and interpersonal violence. It was a cause we could all happily support also while enjoying a killer night of music!

Pre-encore, Local Natives ended with the hitting single “When Am I Gonna Lose You” off the new record. What a jam! The drumming alone had us all bobbing our head to the beat in unison. Then the chorus kicked in and we were all dancing and singing along! Of course the band answered the heavy cheering and came back out to play three more songs.

Local Natives ultimately ended their set with their original hit “Who Knows Who Cares” off their debut record Gorilla Manor. WOW! The energy hit its highest peak when confetti canons went off and we were all basking in it as if it were a movie scene. They all joined together and took a big bow, thanked the crowd and also informed us they’ll be back very soon. It was a tour finale for the books, that’s for sure. 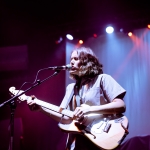 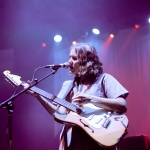 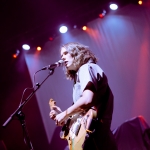 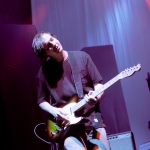 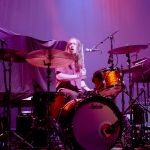 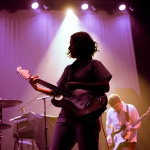 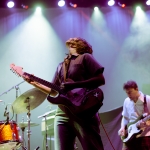 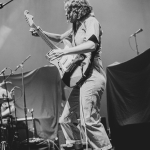 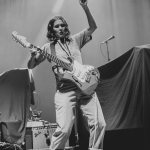 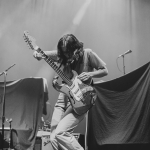 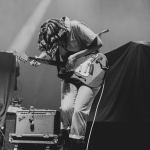 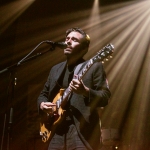 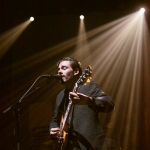 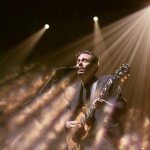 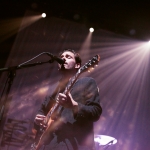 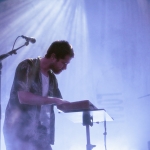 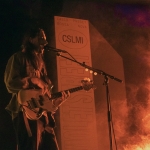 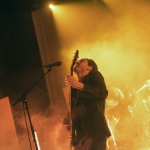 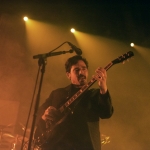 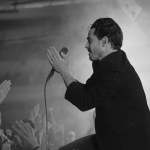