Emerging from the hazy smoke and fog, my ears were ringing with digital noise erupting from all sorts of machines on Neon Indian’s stage. Standing in the sweaty sold out Echoplex, I realized it has been almost three years since I last saw the band—Monolith Music Festival at Red Rocks in 2009—which incidentally was their […] 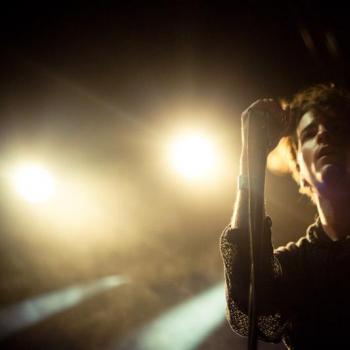 Last Tuesday’s Check Yo Ponytail was off the muthafuckin’ hook. It wasn’t because of the pop-electro princess, Oh Land—and it wasn’t for the one-man-band, Blood Orange (Devonté Hynes). Fans came out early to pack the Echoplex for the hottest new electronic duo, Trust. Touring in support of their debut album, TRST, it was a spectacular evening […]

This was by far one of the best rock shows of 2012. Hot Snakes lit Alex’s Bar on fire (literally). It was a definite shred-fest as the San Diego legends played a healthy set of favorites with both drummers, Jason Kourkounis and Mario Rubalcaba—rotating sets as songs from their respective albums Automatic Midnight, Suicide Invoice and Audit in Progress were […]

Brooklyn’s Bear in Heaven just headlined The Echo with a stunning set in support of their new album, I Love You, It’s Cool, set for release this April. The dashing trio bursted with plenty of psychedelic beats and riffs that kept fans twisting in their skinny jeans. Front man Jon Philpot, enamored the crowd with his bowie-esque vocals as the band kept fans engaged with their sweet […] 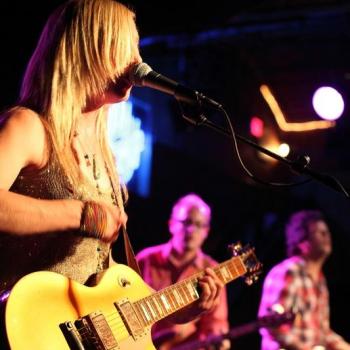 The Heartless Bastards have just released their Partisan Records debut, Arrow, this past February and have been providing fans with new sounds with their latest tour. Formerly on Fat Possum, which also once housed The Black Keys—Heartless Bastards’ new album flies straight, honest and true, and is thus far, their finest work. The album boasts extraordinary rock ‘n’ […]

Psychedelic blues, rockers, Radio Moscow put on a hell of a rock show on Friday, March 30 at the Satellite. Over the years we’ve seen Radio Moscow go through a series of line-up changes, but one thing that has always been solid is the presence of frontman, Parker Griggs. The man has some serious blues […]

For those of you that missed Crosses (†††) spectacular, SOLD-OUT show at the Glass House on Jan. 31, you were able to redeem yourself last week for a very intimate Satellite performance. Were you there? Crosses, the side project of  Deftones’, Chino Moreno and Far guitarist Shaun Lopez and Chuck Doom put on quite the interesting show at the popular Silver […]

The adorable English musical duo, known as the Ting Tings, came to rock the Mayan with their sweet electro pop sounds. Promoting their new album, Sounds from Nowheresville, the Ting Tings were full of musical life and ready to share their new tunes live. We were there to catch all the photo fun! Opening up for […]

Our boys, the Drowning Men just opened up for Lucero this past March 20 at the Belly Up Tavern in Solana Beach (San Diego). If you’re not hip to these guys yet, get on it. They’re definitely a band to keep your eye on and have toured with Flogging Molly, Alkaline Trio, Airborne Toxic Event, Lucero and […]

Cults just headlined the newly re-opened Music Box this past Thursday, March 22. Now that the kids have a few more tour notches on their belt, they really owned up to their chops and charm at this show. The last time we covered Cults, back in July at the Center for the Arts in Eagle Rock, the band kicked off to […]